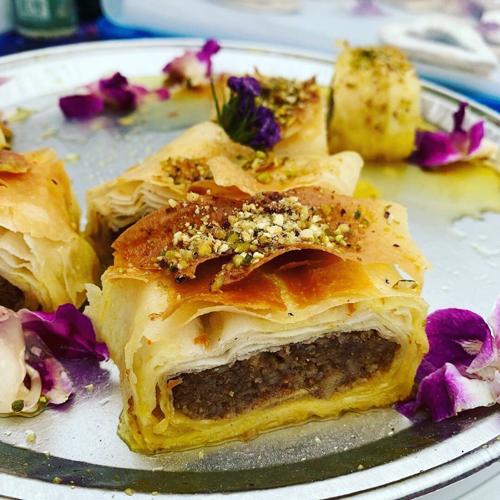 Shown is the Persian baklava from Pythagoras, 14019 Parkway Blvd., a vegan restaurant with a “conscious food philosophy.” Pythagoras is set to hold its soft opening Tuesday in Sugar Land. (Photo from Facebook) 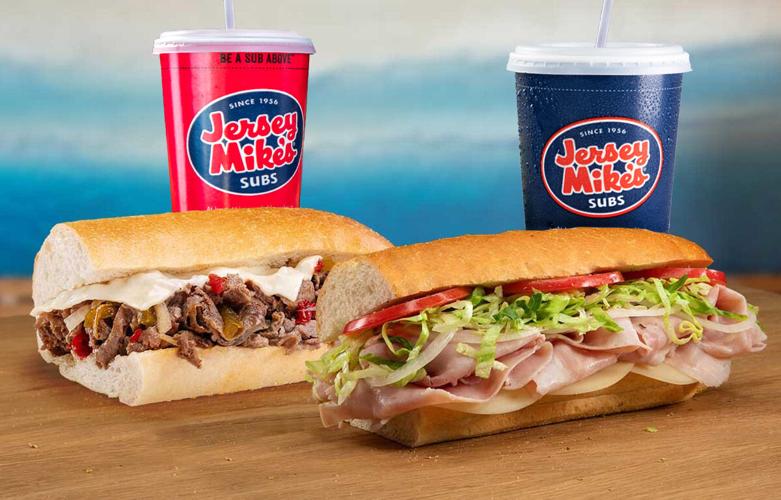 Jersey Mike’s. 6726 Reading Road, is hosting its grand opening Wednesday in Rosenberg, and will hold a fundraiser to benefit Child Advocates of Fort Bend through Sunday. (Photo from Facebook)

Shown is the Persian baklava from Pythagoras, 14019 Parkway Blvd., a vegan restaurant with a “conscious food philosophy.” Pythagoras is set to hold its soft opening Tuesday in Sugar Land. (Photo from Facebook)

Jersey Mike’s. 6726 Reading Road, is hosting its grand opening Wednesday in Rosenberg, and will hold a fundraiser to benefit Child Advocates of Fort Bend through Sunday. (Photo from Facebook)

What grew out of a spiritual trip to Peru and a journey of animal rights activism has taken Roozi Khani and his wife Jaime Grubbs on an entrepreneurial ride as they prepare to launch their first restaurant in Sugar Land Tuesday.

Khani said in a phone interview with the Fort Bend Star that he had hosted a friends and family event on Monday at Pythagoras, 14019 Parkway Blvd., a vegan restaurant with a “conscious food philosophy.”

The restaurant’s namesake is the ancient Greek philosopher Pythagoras, and Khani said he was inspired by ancient doctrines that emphasized humane treatment of animals from other philosophers and historical figures. It also has a space theme on its website and menu, with Grubbs referring to the restaurant on social media as “the mothership” and in dishes such as the “cosmic pepperoni” and “supreme alien” pizzas.

The “bacon-wrapped” wings from Pythagoras are made with sugar cane and soy protein.

“Going vegan is going back to our roots,” Khani said. “It’s nothing new, it’s not a trend.”

The 38-year-old Iranian immigrant first moved to California at age 18, and then moved to Houston in 2008. He met his wife while working at the J.W. Marriott Galleria hotel, and both Khani and Grubbs have extensive experience in management roles in the hospitality industry.

It wasn’t until 2017, though, that the couple had the idea to start selling their vegan dishes, which they began doing once a week at Axelrad, a Midtown bar. They then moved on to catering weddings and events and serving up their fare at Urban Harvest Farmers Market and various vegan festivals across Houston, Austin and Dallas.

Khani and his team were gearing up to open the restaurant last spring, but Winter Storm Uri caused extensive damage to the building. In addition, he made the decision to invest in new kitchen equipment to eliminate any risk of cross-contamination from the building’s previous tenant, Formosa Seafood Co.

“This has been a 15 month project for us,” Khani said. “Everything was completely gutted out.It was not easy, but great things don't come easy.”

The restaurant will open up with a limited menu and hours at first, with a plan to open for breakfast, lunch and dinner seven days a week.

Pythagoras is open from 12-5 p.m. Tuesday-Saturday.

Jersey Mike’s to open in Rosenberg, fundraise for CAFB

A new Jersey Mike’s Subs location is set to open Wednesday in Rosenberg, according to a news release from Splash Communications.

The sandwich chain, located at 6726 Reading Road, is hosting its grand opening Wednesday, and will hold a fundraiser to benefit Child Advocates of Fort Bend through Sunday.

Customers with a special fundraising coupon can make a minimum $2 contribution to Child Advocates of Fort Bend in exchange for a regular sub. Customers must have a coupon to be eligible, according to a news release.

The franchise is led by owners Vivek, Adi and Shawn Sondhi.

“Please join us as we open our doors and raise funds for Child Advocates of Fort Bend to help support this excellent cause,” Adi Sondhi said in a news release. “We are truly looking forward to providing our guests with the authentic Jersey Mike's experience.”