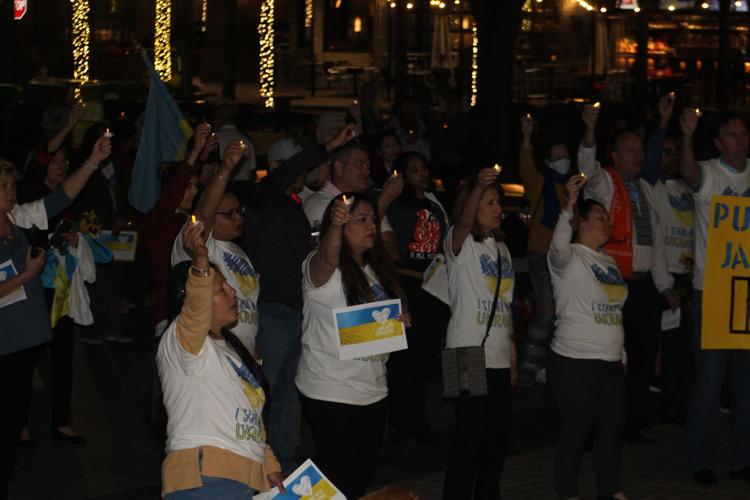 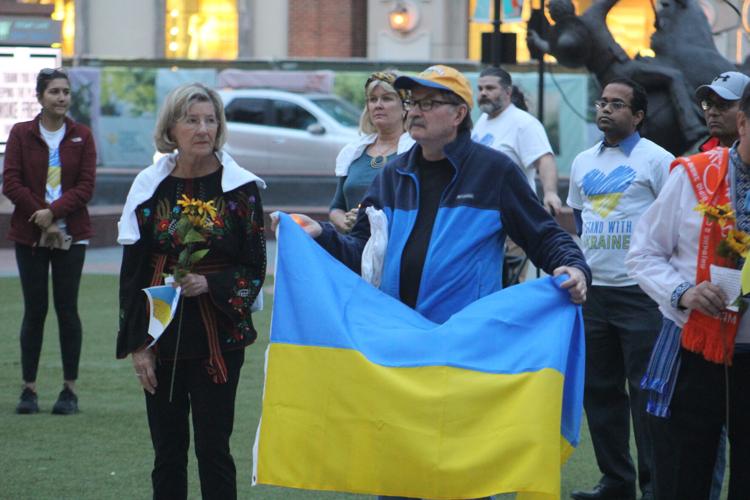 Meadows Place resident Roman Cherwonogrodzky has never physically called Ukraine home. But with parents who lived there and having visited relatives in the country numerous over the course of his life, he said it holds a place in his heart as a peace-loving nation that welcomes anyone.

“Ukraine is like Texas – it’s just one of those places that pulls you in,” said Cherwonogrodzky, who has lived in Meadows Place for more than 20 years. “You feel at home as soon as you’re there.”

But right now, the population is under attack, and Cherwonogrodzky is one of countless people with loved ones living in fear as they are left wondering what the future holds with the country enduring an attack from Russian military forces.

According to a Feb. 18 story from The Guardian, Russia had amassed up to 190,000 troops on Ukrainian borders. A March 3 report from BBC News said Russian President Vladimir Putin claimed the country “could not feel ‘safe, develop and exist" because of what he claimed was a constant threat from modern Ukraine” as grounds for invading the country.

But the good news for the Ukrainian people, is that it appears they have nearly boundless support from Fort Bend County and around the country. As Ukraine has come under attack from thousands of Russian forces over the last couple of weeks, local residents and elected officials have sprung into action to show solidarity with the Ukrainian people and help with their plight.

“We wanted to do something to show them that we stand with them in solidarity and we want to see justice,” Lykoudis-Zafiris said. “…We think what’s happening today is a repeat of history with people who have nothing but power and death on their minds. What’s happening is a tragedy.”

Dozens were seen wearing “I Stand With Ukraine” t-shirts that were provided by Big Frog in Sugar Land, which is donating 50 percent of its sales of those shirts to organizations dedicated to Ukrainian relief efforts.

What’s more, Lykoudis-Zafiris was a little surprised by the turnout on such short notice – but simultaneously not at all with the community’s willingness to help those in need, even those who are thousands of miles away.

“Although this was set up very quickly, we had systems in place to make sure we get the help where it needs to go as well as a giving community,” she said.

But it’s not just happening at a grassroots level. A week earlier, on Feb. 25, County Judge KP George penned a letter to President Joe Biden, Texas Gov. Greg Abbott and U.S. Secretary of State Antony Blinken, urging them to take additional steps in opposition to the Russian government.

His office is meeting with state and federal officials, George said, to help launch initiatives ranging from financial sanctions, cybersecurity protections, and more. He said he has also met with the Ukrainian Consul General in Houston about the interest of providing refuge and other resources to Ukrainians in need at the local level.

“We stand on the side of freedom and democracy,” George wrote. “War, violence, and chaos threatens the very foundations of our global economy and community. Our diversity makes us stronger, and that includes the thousands of Ukrainian Americans that call Fort Bend County and the greater Houston area home.”

That attitude is the same one that drove Lykoudis-Zafiris and other volunteers to put the event together. Lykoudis-Zafiris said she has even become friends with a neighbor in her New Territory neighborhood that has family and friends in Ukraine since organizing the vigil and had her eyes opened to what their struggle is.

“We have people in our community who have relatives there and are worried for them and are crying with them,” she said. “This shows them that even small-town America is with them.”

One such resident is Cherwonogrodzky, who said he has been on the phone with cousins and friends who still live in the country.

“The first couple of days they were scared and confused, then by the third day they were getting angry,” he said.

And through it all, he said his friends and family have spoken of resilience in their country as they attempt to withstand Russian attacks. While women and children have been evacuated in many cases, multiple media reports have said the country’s men are required to stay and fight.

“With time, they’re going to hold up,” he said. “Their attitude is that this is their 1776, and the capital (Kyiv) is their Alamo. Things are worrisome, but at the same time they have hope. They’re very spiritual, very religious – so they know that if they persist, they’ll come out ahead eventually.”

But he said many of them, at least among his family and friends, would not have to be persuaded, for a simple reason. The country was ruled by Poland, Lithuania, Russia, and the Austro-Hungarian Empires over the course of hundreds of years, according to BBC News, and declared its independence in 1991.

“The Ukrainian population, they’re resilient – it’s their home,” said Cherwonogrodzky, who said he’s visited the country at least nine times in his adult life. “…Every man, woman, and child is going to defend it because they’ve had enough of that.”

Though that may be the case, George said that doesn’t mean residents of Fort Bend County – the most diverse county in the United States – should stand by idly. He encouraged residents to do anything they could, big or small, to help with relief efforts.

“They are in horror, and they don’t deserve it,” George said March 2. “We need to stand by the peace-loving people of Ukraine. Let’s pray, and let’s take action so that they can live in their homes safely.”