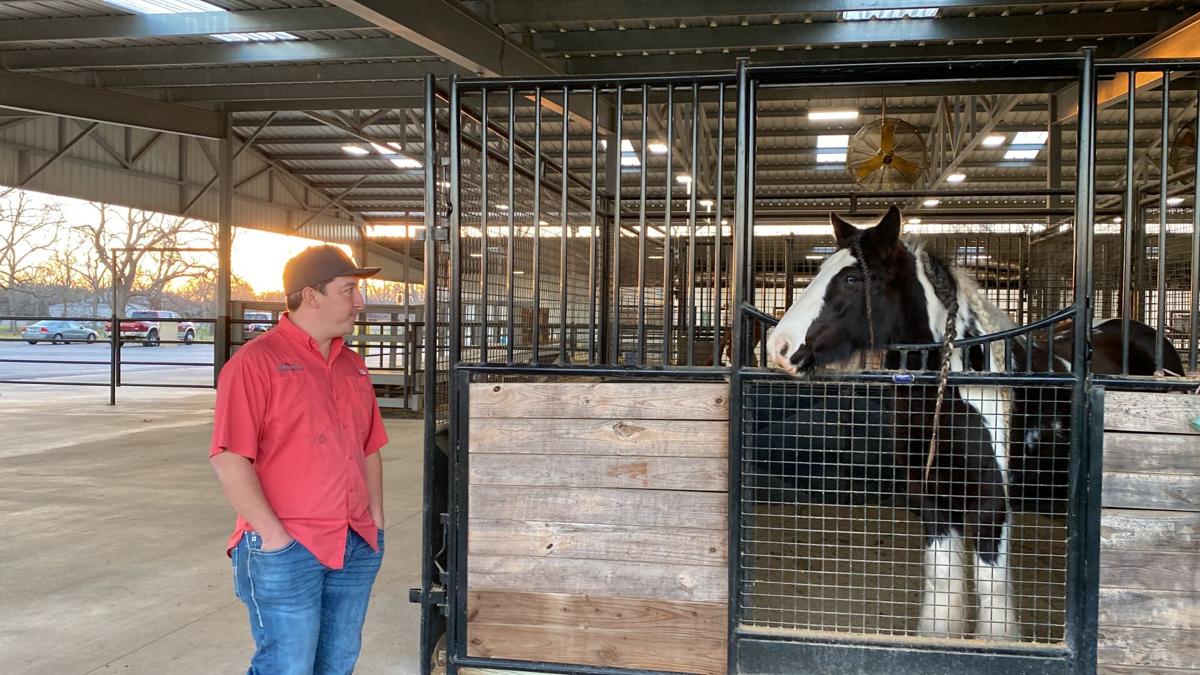 R.D. Sedillo guides a group of volunteers through a tour of the stables Jan. 6 at Reining Strength in Richmond. (Photo by Stefan Modrich) 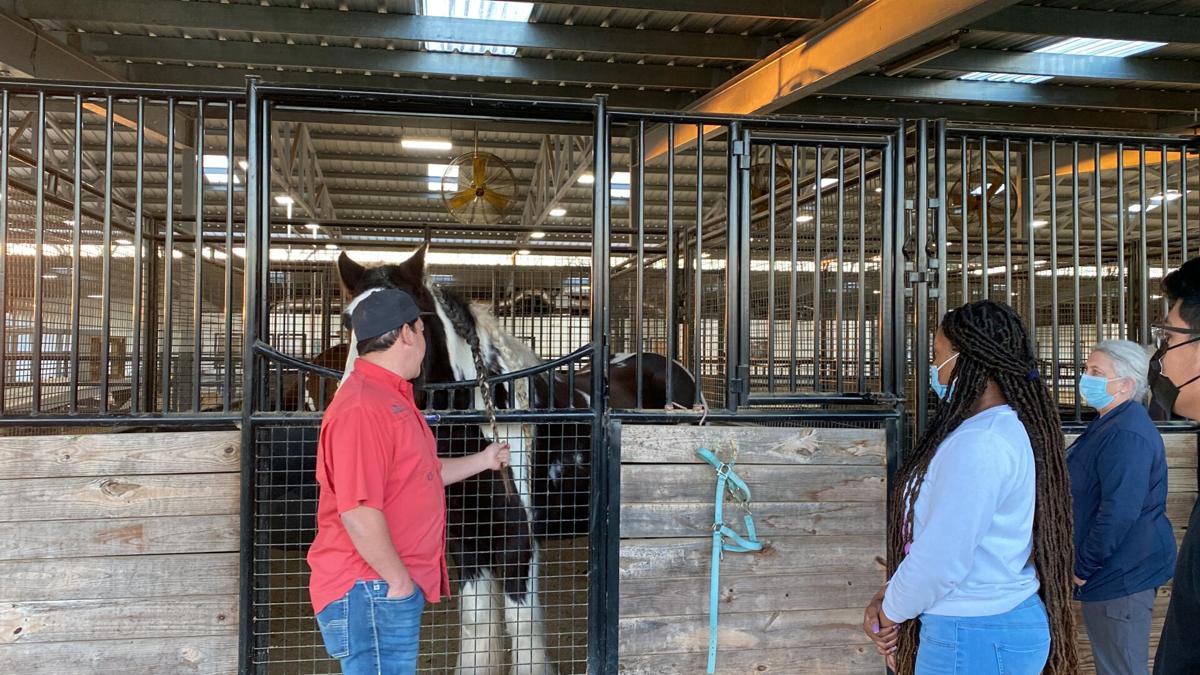 R.D. Sedillo guides a group of volunteers through a tour of the stables Jan. 6 at Reining Strength in Richmond. (Photo by Stefan Modrich)

Richmond resident Tabitha Fleak’s 11-year-old daughter Madison has been overcoming obstacles since she received a heart transplant when she was 20 months old at Texas Children’s Hospital.

After Madison, then 5, struggled to fight through boredom in physical therapy and speech therapy sessions, Fleak was in search of an engaging alternative. She found Reining Strength, 7126 FM 359 in Richmond, where Madison has been a regular ever since in the practice of therapeutic horsemanship.

Perhaps a testament to the work of the Reining Strength owners R.D. Sedillo and Heather Hernandez-Sedillo, a husband-and-wife team, is the fact that Fleak had called me from Dallas, where she was attending a competition of Madison’s. Madison also regularly participates in equestrian competitions like the one scheduled for February 28-March 20 at the Houston Livestock Show and Rodeo and others that are sanctioned by the American Quarter Horse Association (AQHA).

Sedillo said he and Hernandez-Sedillo work with clients with various challenges and needs and that she has a special bond to the local Special Olympics community because her uncle was one of the first athletes to compete in the Special Olympics from Texas. Sedillo is also a Special Olympics equestrian coach.

“We've had clients that weren't walking, and that their therapist said they're never going to walk,” Hernandez-Sedillo said. “And they started working on the horse and it gave them core strength and balance.They took their first steps and their family totally attributes that to their time and work on the horse. And that's pretty impactful to get to be a part of that.”

From Whinny, the Norwegian Fjord horse and Morales the Irish Cob to Keke the pony, among others, Sedillo said he likes to collect horses of different breeds to work with their clients.

“Say you have this person with low self esteem who comes in,” Sedillo said, “and all of a sudden, they’re controlling this 1,000 pound animal. It’s really empowering. You're telling this horse to do something, and this horse is doing it. It gives people confidence, empowers them to be in control, validate for themselves and be more assertive in making decisions.”

Before founding Reining Strength, Hernandez-Sedillo was the co-director of Texas Tech University’s Therapeutic Riding Center. Sedillo, a New Mexico native, is a registered instructor by the  Professional Association of Therapeutic Horsemanship International (PATH).

Reigning Strength has a small team of instructors and full-time staff, and recruits volunteers to help its instructors mount and dismount their riders and maintain a safe and comfortable environment for the riders and their families.

During a volunteer orientation last Thursday, I met Paige Davis, a missionary for the Church of Jesus Christ of Latter Day Saints from California. Despite not having any previous knowledge or experience with horses, she said she’d heard from other missionaries who had volunteered to assist at Reigning Strength.

“I thought it would be cool to help kids,” she said.

Catherine Egbog, a student at Lamar CISD’s Foster High School, said she was inspired to look into local equestrian organizations by the British Netflix series “Free Rein” which chronicles a 15-year-old’s journey to an island off the coast of England where she moves to live with her mother and bonds with a horse.