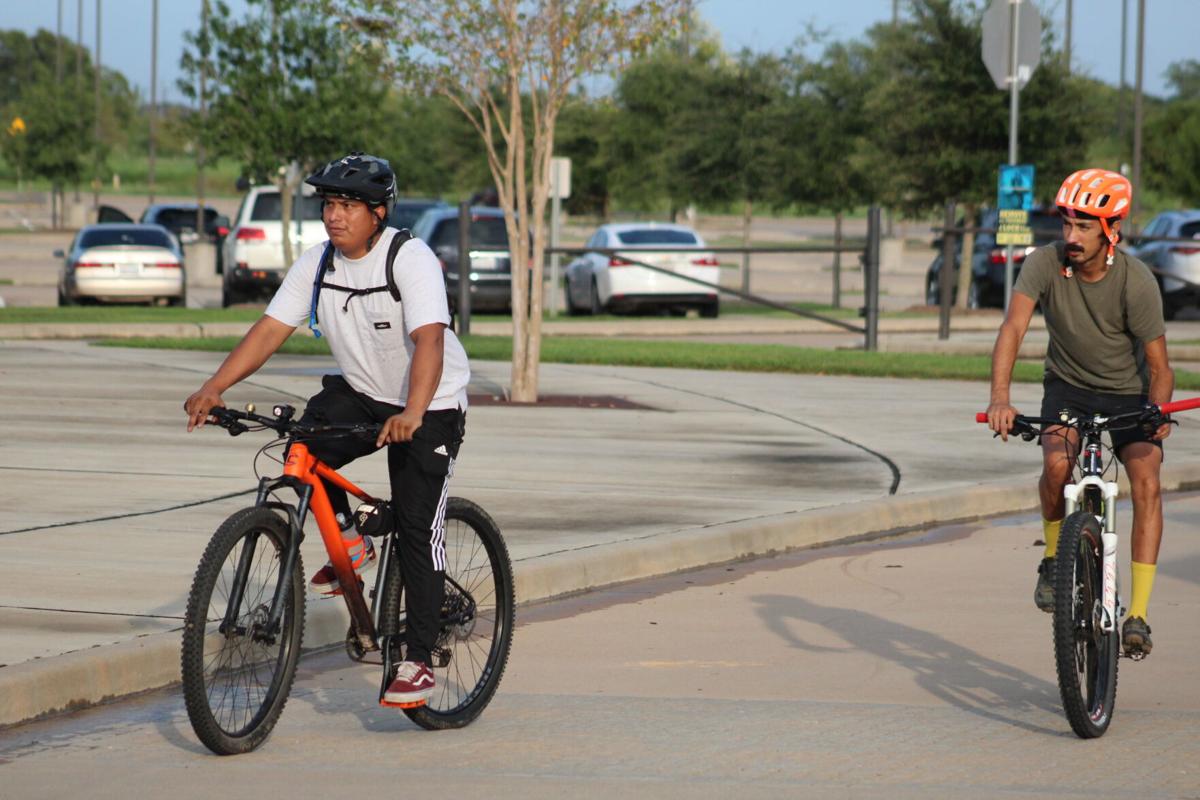 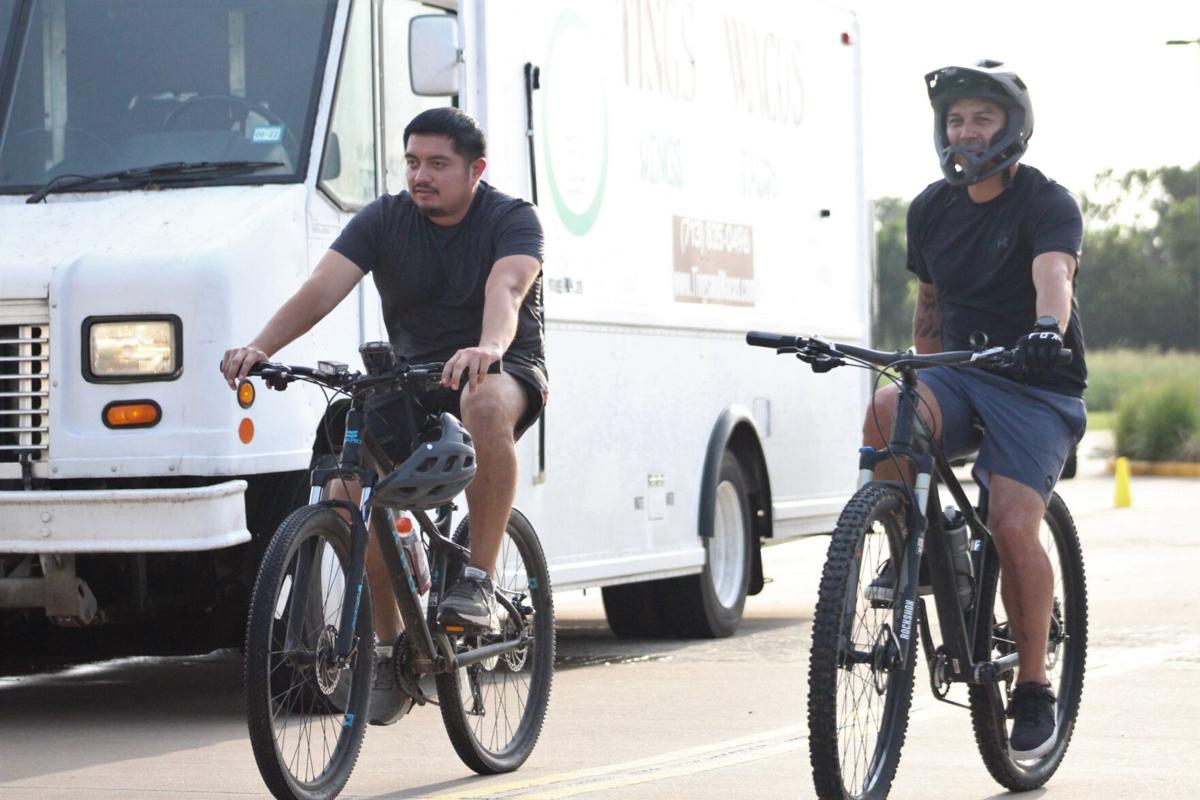 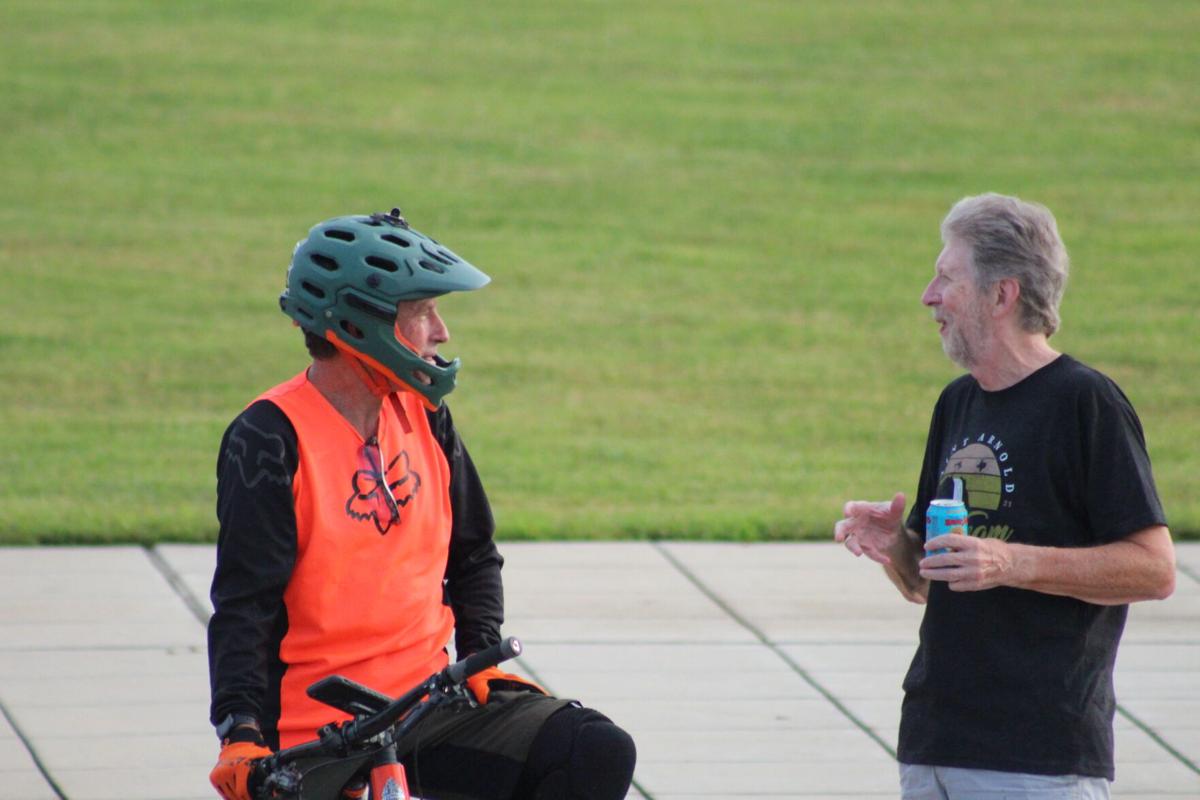 If you ask someone to think about trailblazers in Houston, they are likely to tilt their head to the skies, a recognition of the area’s legacy in the field of space flight and aeronautical engineering.

But a different group of pioneers are looking to the soil beneath their feet, cutting through thickets and carving a path through the forests of Brazos River Park.

To celebrate this, the City of Sugar Land hosted a “Bikes and Brews” event Thursday at Brazos River Park, 18427 Southwest Fwy.

Kimberly Terrell, the city’s assistant director of parks and recreation, said the city wanted to engage with the local biking community and acknowledge the contributions of the Fort Bend Mountain Bike Association (FBMBA) which entered into a license agreement with the city in 2019.

Chris Reed of Richmond said he joined FBMBA shortly after its inception.

He said he taught his two children, ages 4 and 5, each to ride without training wheels by the time they were 2.

“I can’t tell you how many times I tell people that I mountain bike,” Reed said. “People will say, ‘where in Houston do you mountain bike?’ And I say, ‘well, there’s a lot of up and down along the river.’

Diana Vargas Le, an FBMBA board member, said the group has 200 dues-paying members and about 2,000 people following its Facebook page from across the Houston region.

Terrell said FBMBA is responsible for about 12 miles of single-track dirt mountain bike trails, which the group does on a volunteer basis.

The group has hosted “work parties” to help forge the trails, most recently in April and again in July.

“They’ve put a lot of sweat equity into building and maintaining our trails, so we wanted to do something for them,” Terrell said.

She said flooding along Brazos River can affect the trails, but more routine maintenance tasks include removing debris, clearing fallen tree limbs and vegetation. Rakes and other light tools are used to clear the area.

City council member Naushad Kermally said the project was entirely funded by FBMBA, at a cost of $700.

The group is very family-friendly, Pangelinan said, and the shaded trails provide more opportunities for younger and elderly riders to enjoy cycling outdoors.

“We’re all about building more trails around here so people can ride near their houses,” Pangelian said. “There’s a lot of people who never did any biking before, and now they’re buying $5,000 bikes.”

Blazing a new trail sometimes requires heavier equipment like a Toro Dingo, an earth-moving machine that resembles a small payloader.

A crew of 80 volunteers showed up to a recent work party to knock out a two-mile stretch of trail in about 10 hours over two days, Le said.

But the most satisfying form of that maintenance is putting feet to pedals and rubber to ground.

“They just ride the heck out of it to pack down the dirt,” Terrell said.

Pedro Talamantes, an experienced rider, brought his friend Juan Guzman with him to the trail.

Guzman said he’s new to trail riding, having ridden in Cypress and at Sugar Land Memorial Park, but that the Brazos River Park Trail is his favorite thus far.

“This has been the most fun of all of them,” Guzman said. “It’s not too crazy. I think this is the perfect trail for a beginner to learn how to handle a mountain bike.”

To become an FBMBA member, visit www.fbmba.org. The fee for an annual family membership is $50.