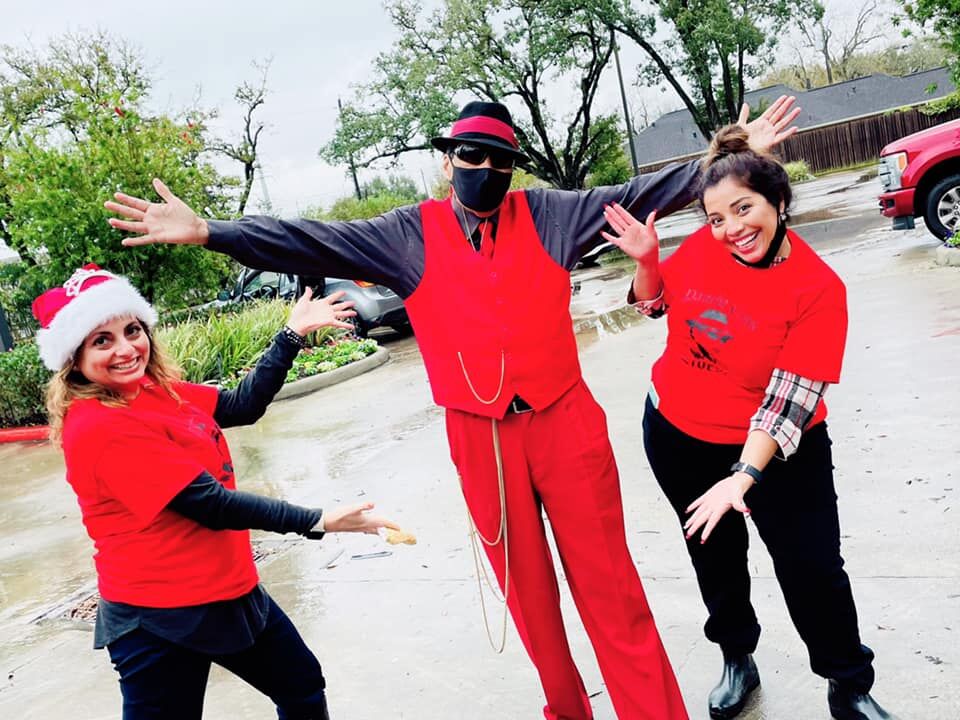 Richard Reyes, center, stands with Sonia Rash, vice president of the League of United Latin American Citizens (LULAC) Chapter 2911, left, and Vicki Cruz, right, president of Chapter 2911 during a holiday toy drive Saturday at Our Lady of Guadalupe Church in Rosenberg. Reyes’ “Pancho Claus” nonprofit organization has served the Houston area for 40 years, and Reyes dressed up as Pancho Claus to hand out toys during his first such visit to Rosenberg, home to one of Fort Bend County’s largest Hispanic and Latino populations. 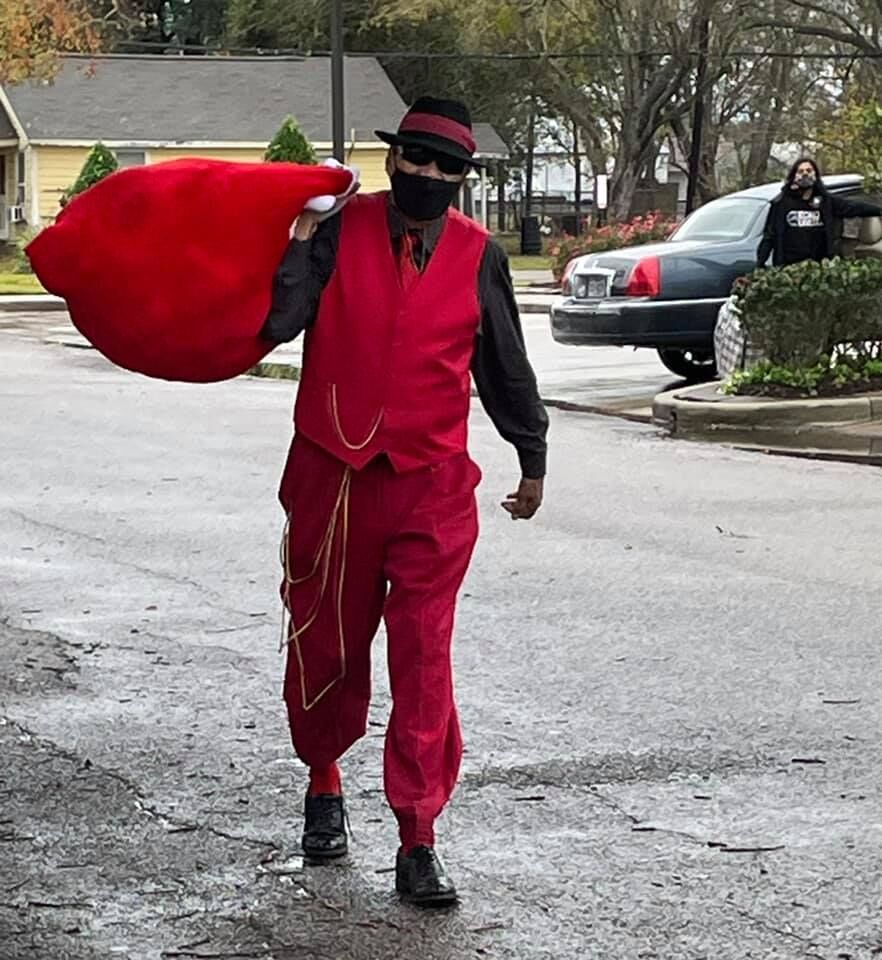 Richard Reyes carries a bag of toys to deliver during a holiday toy drive Saturday at Our Lady of Guadalupe Church in Rosenberg. Reyes’ “Pancho Claus” nonprofit organization has served the Houston area for 40 years, and Reyes dressed up as Pancho Claus to hand out toys during his first such visit to Rosenberg, home to one of Fort Bend County’s largest Hispanic and Latino populations.

One of Houston’s most beloved local characters has been a holiday mainstay for more than 40 years.

He wears a zoot suit and prefers a low rider to a sleigh and a fedora to a stocking cap. And he goes by “Pancho Claus” instead of St. Nick.

Richard Reyes, an actor, writer and community activist, has been a mentor to many through his various avenues for serving others in Houston’s Second Ward and the city’s many other heavily Hispanic and Latino neighborhoods.

Reyes said the idea for Pancho Claus came from a Chicano adaptation of “The Night Before Christmas” based on the widely-read poem from Clement Clarke Moore.

“Our community started believing I was Pancho Claus, and I started getting requests for toys,” Reyes said.

His cult following across Houston has endeared him to generations of children and parents who grew up hearing about Pancho Claus and his crew tossing toys into packed stadiums in previous years.

But before Saturday, Pancho Claus had never made a public appearance in one of Greater Houston’s most vibrant Latino communities — Rosenberg.

Sonia Rash, one of Reyes’ former students, is a Sugar Land resident who is the vice president of the League of United Latin American Citizens (LULAC) Chapter 2911. She approached him with the suggestion to pay a visit to Our Lady of Guadalupe Church. The organization partnered with the Fort Bend County Tejano Democrats (FBCTD) to hold a toy drive on a rainy Saturday morning.

“It’s really about bringing the community together, letting them know that they’re not forgotten,” Rash said. “I explained to him that there is a need for someone like him to come out here. He’s so well-known and I wanted him to know that he’s also well-known here, not just in Harris County.”

The drive-up event included donations and invited those in need to drive up to collect toys. Despite the weather, Veronica Piña, chair of FBCTD, said enough toys were collected to provide for at least 120 children.

“Pancho Claus has been a servant of the Latino community,” Piña said, “especially at Christmas.”

Reyes, 70, has personally been affected by the COVID-19 pandemic and perhaps has been hit harder by the virus than most. He tested positive for the virus in the summer, which prevented him from holding a “Christmas in July” event in Rosenberg like the ones he has done across Harris County for decades.

He also lost many of the traditional sponsors he relied upon to support his mission as a result of the economic turmoil that followed the onset of the pandemic.

To make up for a lack of corporate or small business sponsorships, he’s turned to the community through a GoFundMe page, which is less than $10,000 shy of reaching the goal of $75,000. Reyes said many contributors to the online fundraiser have listed Fort Bend County addresses. He said some of the money will go to fund his organization’s everyday operations over the next year, while Reyes works on performing arts-related initiatives and also spends time counseling youths in juvenile detention centers.

“This year we didn’t feel comfortable asking anybody for donations,” Reyes said. “Everybody’s going through a crisis, it’s not the time to ask. But we had to start over after four years. This money is going to help us rent an office and get going for our operations.”

Reyes said in the future, he hopes to bring concerts and performances to Rosenberg, whether they need to remain socially distanced or if the health conditions of the time will allow for a more conventional audience.

“We’re really working forward to that next year,” Reyes said. “It’s a beautiful community and we plan to do a lot more with (Rash) and LULAC and (FBTD’s) help.”