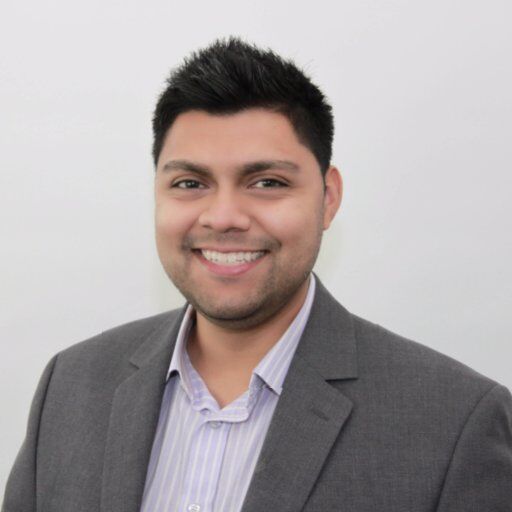 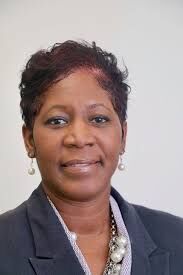 Stafford MSD made an investment of $2.3 million to implement a 1-to-1 ratio with a goal of ensuring each of its students would have a device on which they could learn remotely.

But the COVID-19 pandemic necessitated that the district’s two-year technology rollout plan to provide every student an iPad needed to shift to one that would be implemented in less than six months.

“That speaks to the volumes of what coronavirus and this whole situation has caused districts to do,” said Jorge Rodriguez, the director of SMSDs’ Technology Department.

Now, the district will have an opportunity to be reimbursed for up to 75 percent of the money it spent on Apple iPads and WiFi hotspots.

On Nov. 18, Texas Gov. Greg Abbott announced a $420 million reimbursement program to cover costs incurred by Texas public schools that purchased Wi-Fi hotspots and/or eLearning devices like laptops or tablets so students could continue to learn remotely during the COVID-19 pandemic.

The program is jointly managed by the Texas Education Agency (TEA) and Texas Division of Emergency Management (TDEM) and uses federal CARES Act dollars. A district is eligible for reimbursement if it locally purchased eLearning devices and/or WiFi hotspots during or after the 2019-20 school year, according to a news release from the governor’s office.

TEA’s guidelines indicate laptops, including Chromebooks, tablets, and/or hotspots, along with required fees such as Chromebook licenses, hotspot data plans and internet filtering of illicit or inappropriate content in compliance with CIPA (Children’s Internet Protection Act) are eligible expenses for districts seeking reimbursement.

A spokesperson for Fort Bend ISD said the district is considering whether to apply for the reimbursement program, along with pursuing other funding options related to operating during the pandemic.

During a Nov. 21 Zoom interview with Rodriguez and SMSD Chief Financial Officer Dedrea Norman, Rodriguez said their district’s goal is to ensure every student has a device by Dec. 4.

The district paid for the devices using its fund balance, Norman said.

The program is a continuation of the last Operation Connectivity grant implemented by Abbott’s office in May.

Norman said SMSD will be applying for the maximum 75 percent reimbursement allowed and the district plans to submit its application in the first phase, which runs from Nov. 20 through 11:59 p.m. Dec. 1. She said the district worked with vendors over the Thanksgiving break to ensure it had all of the proper documentation in hand and that invoice payments were made.

The TEA warned school districts in a Nov. 20 webinar that it hopes to fully fund applicants at 75 percent, but it expects to ratably reduce the amount it reimburses applicants during the second and third phases of the program, which span from Dec. 2-7 and Dec. 8-11, respectively.

“To secure 1-to-1 devices for our students is something we had in the works,” Norman said. “But like many other districts, we were placed in a position to move a lot faster with the rollout of devices to students. And so we knew that our number one concern was education and making sure our students had what they needed, not only laptops and iPads, but also hotspots. And back in January, Jorge and I worked together on securing additional hotspots for our students. So we were already moving in that direction. What this funding (would do) for us, though, it definitely frees up dollars from our fund balance that really wasn’t planned for this fiscal year in terms of the 1-to-1 initiative. So the reimbursement dollars are much needed. And we look forward to claiming our submissions and to get our reimbursement (in a timely manner).”

Norman added the district would explore other funding sources that will allow it to capture the remaining 25 percent of the device-related expenses, or $575,000, if SMSD is approved for the CARES Act funding.

The district worked across four academic levels encompassing early childhood education (pre-K) and K-12 to plan its device distribution, Rodriguez said. SMSD ordered about 350 iPads for Pre-K and kindergarten classes, and first through fifth grade classes received approximately 980. There were about 165 devices for students in grades 6-8 and an estimated 1,200 for grades 9-12.

Of the nearly 2,700 devices the district purchased, 80 percent of early childhood students should have a device in their hands, Rodriguez said. The percentage of deployed devices is comparable for SMSD’s middle school students, at 75 percent, but drops to 50 percent for both elementary school and high school students.

“We made a calculation of how many students we expected to have, when August and September came around,” Rodriguez said. “And then added about 5 to 7 percent extra iPads to accommodate any changes that may come. We have been moving very, very quickly to grab these devices.”

Curbside pickup for iPads at SMSD began Nov. 16 and continues this week, Dec. 2-4.

“We know that not everyone could make it to the distribution, not all parents can make it,

Rodriguez said. “So once we are completed with most of them where we get close to about 80 to 90 percent distribution curbside, then any devices that are left over, we would hand them out inside the classroom during the first or second period, depending on, you know, how many kids we have in most schools.”

Rodriguez said the district conducted a survey in the spring to assess how critical the need was for families who didn’t have access to the internet, a cell phone or a computer at home to do their work.

The survey showed SMSD at the time that approximately 1,100-1,200 students didn’t have a device at home.

Rodriguez said the district pooled together close to 800 devices, which were distributed between May and August “to try to bridge the digital gap.”

For the remaining 300-400 students, Rodriguez said most of those families have come to pick up their device.

“Although our intent is for everyone to have an iPad, the 1-to-1, currently, most of the students do have a device at home now, even though it’s not a district-provided one,” Rodriguez said.

Norman added that of those students without a district-issued device, most returned to face-to-face instruction when SMSD allowed that option in early October.

She emphasized the quick turnaround of the application is a crucial element of TEA’s grant process, consistent with other grants the agency has managed in the past.

“(TEA) wants us to be able to utilize these dollars,” Norman said. “I think it doesn’t look good for our state, if these dollars have to be sent back if they’re not utilized. So they put forth every effort that they can to ensure that the districts understand what the requirements are around the grant and to work very quickly to secure or seek their reimbursement.”

Norman said TEA will determine how much funding to allocate to eligible districts by Dec. 31.

As for the district’s next steps, Norman said SMSD will continue to survey its student and parent population and offer assistance with training on the iPads and remote tech support, including a Parent Tech Help Form and a hotline managed by Rodriguez and his staff.

“We already provide quite a bit of training for parents in terms of navigating on devices,” Norman said. “But we’ll continue to do that and push out surveys, just to monitor their ability to get on and navigate around on their devices without trouble or problems. It doesn’t stop with us distributing devices. We will continue to put things in place to monitor the success of this initiative.”