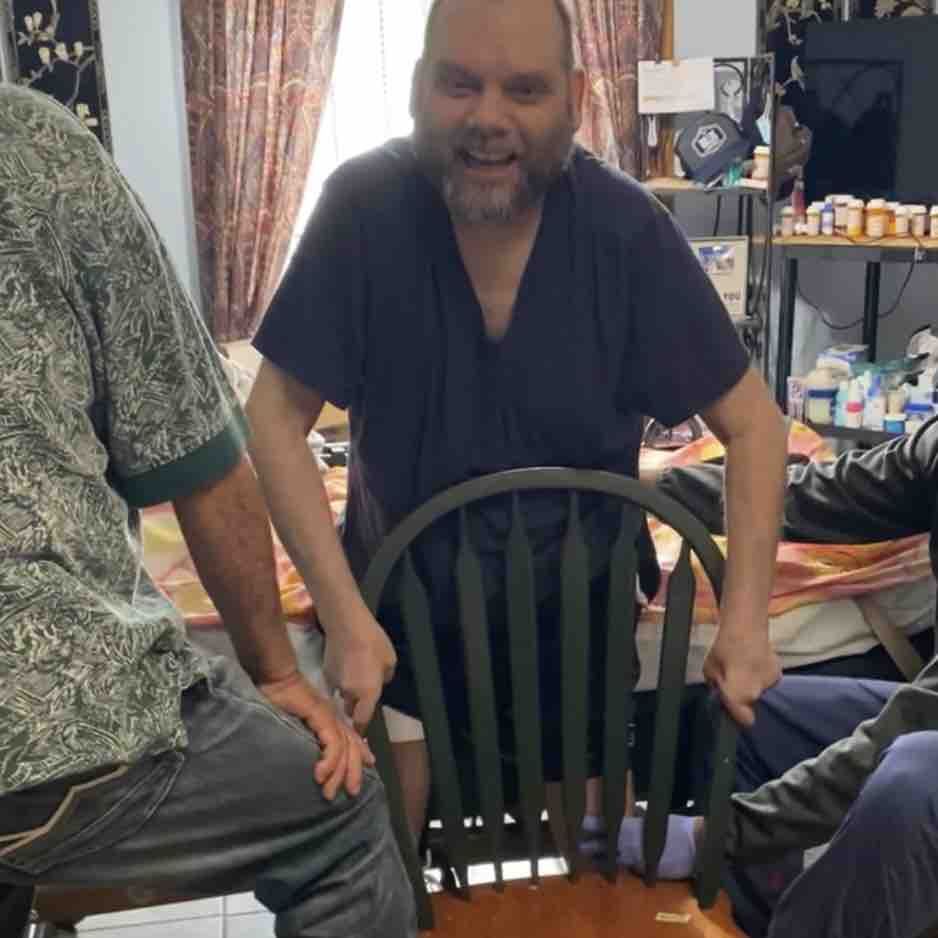 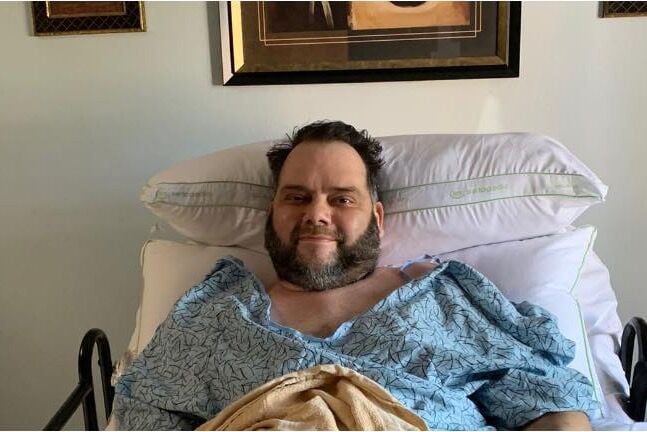 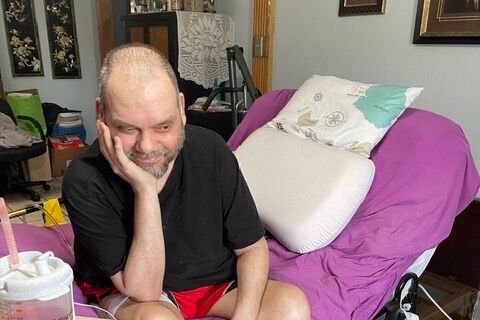 COVID-19 has given Stafford native Mike Augias the fight of his life, but the 51-year-old appears to be beating the odds and making progress on the long road to recovery.

Augias’ sister said he tested positive for COVID-19 after July 4 of last year, and he nearly died from a series of complications that resulted from contracting the coronavirus, including Guillain-Barre syndrome, a rare but reversible form of paralysis in which the body’s immune system begins attacking the nerves.

He has been unable to work for 10 months, and his family isn’t sure when he’ll be able to return. But his sister, Kathy Hayes, who has helped manage her brother’s financial affairs from her home in California, said he stood up on his own for the first time last Thursday. She looks forward to him taking his first steps on his own someday.

“That will be the first step for him going back to his life,” she said.

Recovering mobility after suffering from Guillain-Barre syndrome can take up to a year, but Augias had further health complications that made his COVID diagnosis even more life-threatening.

Augias had an infection that resulted from dehydration, Hayes said, and that infection lodged in his colon, causing it to rupture. An emergency surgery was halted due to a respiratory failure, and he needed three days to regain stability, with 12 days on a ventilator in a medical coma.

“He woke up confused, disoriented, and paralyzed,” Hayes said. “We were sent to a rehab facility that was the only place we could go. He was completely immobile from the neck down. He was in a facility for 20 days, during which time they did no therapy at all. We spent 20 days trying to get him out of there.”

She said she was grateful for the help of a case manager from Blue Cross Blue Shield who intervened to help get Augias to a hospital in Clear Lake, closer to his family in Stafford than the one in College Station, where he lives.

Hayes said the College Station facility got Augias to agree to privately pay for the treatment when it did not accept his insurance.

“It’s been really hard,” Hayes said. “I’m 2,000 miles away, and fighting for care for my brother has been horrendous. I cannot tell you how many phone calls I have made, and how many pages of notes that I have, trying to get him more help than is really available when you’re bound by an insurance policy.”

Augias, a Dulles High School alumnus, hasn’t lived in Stafford in 20 years, and had worked for 13 years as a general manager at Pizza Hut in College Station. He studied poultry science at Texas A&M University.

But he’s been back with his parents, who have called Stafford home since 1979, as did his grandparents before them, and sisters Adria and Ceci, who have helped look after him.

At home, Augias is doing physical therapy three times a week. Last week, he was able to sit up in bed on his own, a milestone of progress that his family posted online May 12.

Standing up, as he did for the first time last Thursday, is crucial because it will allow him to get into a wheelchair, which can allow him access to hospitals and other treatment facilities that can help expedite his return to normal life.

“Many people will say that Mike’s the first to offer when someone needs help, but never asks for help himself,” Augias’s sisters wrote on their GoFundMe page. “So we are asking for him. Any amount donated will help us with his ongoing care and rehab as we help him through his recovery, including medical and living expenses.”

Hayes said her brother worked hard and long hours, 12-14 hours for six days a week, and loves to watch sports with friends in his free time.

“(Augias) is a very social, gregarious, articulate person,” Hayes said. “He is well-spoken, well-mannered, and he helps people.”

Because he is so outgoing, this isolation and immobility has been mentally taxing on Augias just as much as it has been physically daunting.

“It’s hard for him to be sitting in a house,” Hayes said. “He was on his feet all the time. He was the manager, so he was in charge of everybody. He’s used to being in that position, telling people what to do. And now he’s trapped in a bed at home.”

But the kind and enthusiastic Augias that Hayes and his friends and family know and love has returned, his sister said, and she is eager to see her brother come closer to being himself, day by day.

“He’s starting to get that back,” Hayes said. “We’ve noticed that his friends have said, ‘Oh yeah, this is exciting,’ because they’re starting to see it. Especially now with the picture of him I posted of him standing up, and he’s got this great big smile on his face, we’re waiting for him to see more of it.”