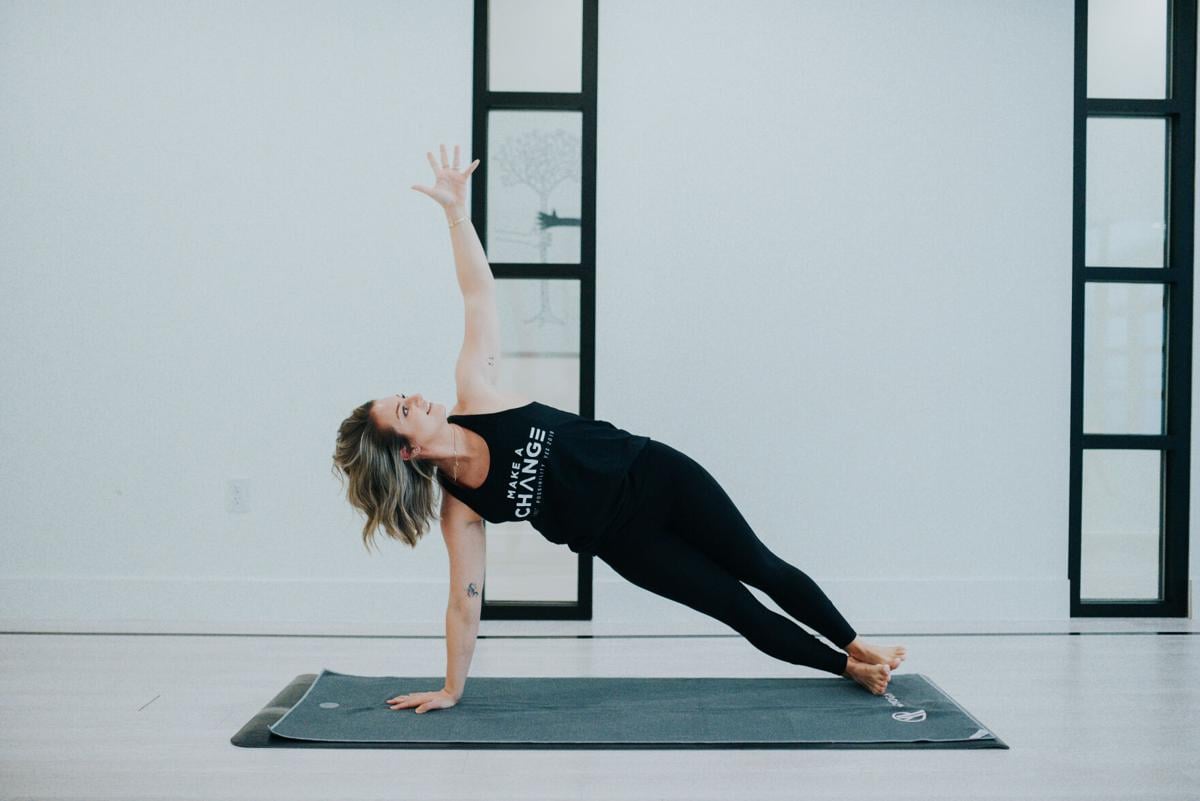 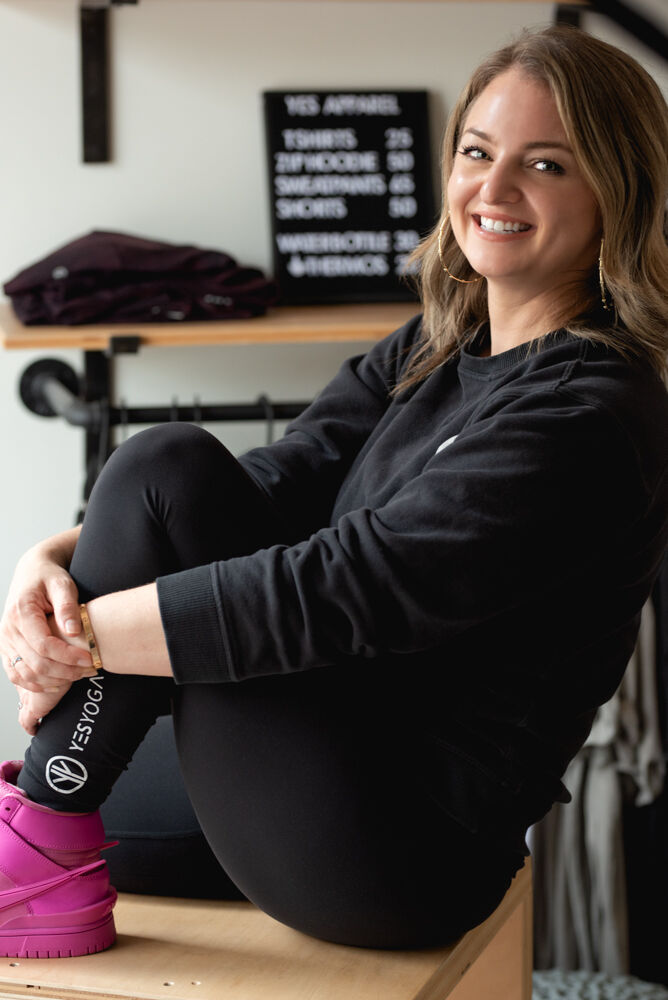 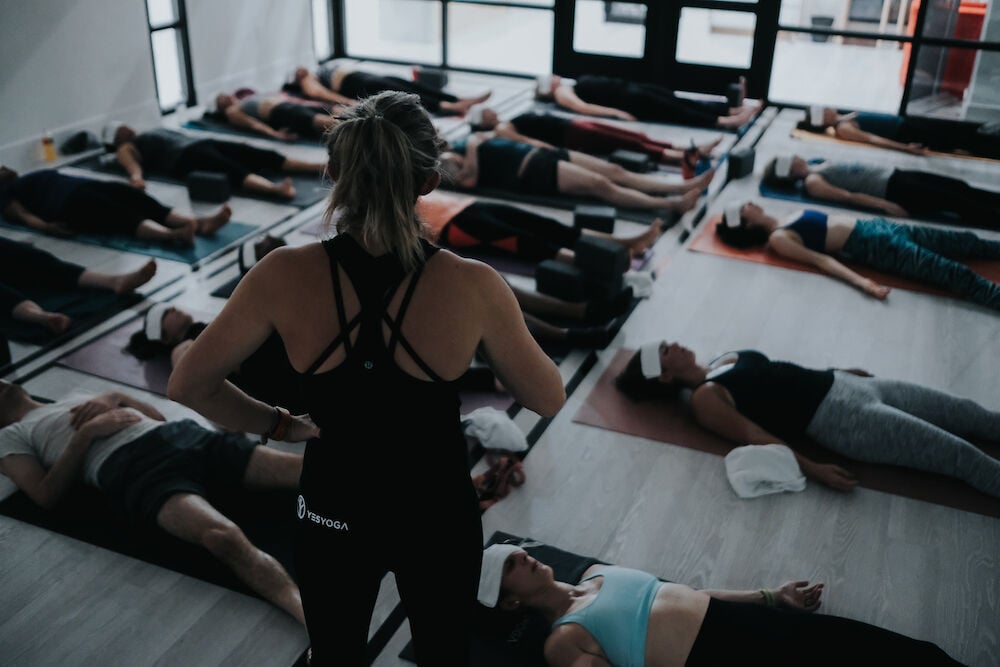 Erin Cummings oversees one of her yoga classes at Sugar Land Town Square in 2020. (Contributed photo)

Erin Cummings oversees one of her yoga classes at Sugar Land Town Square in 2020. (Contributed photo)

Erin Cummings, founder of YESYoga in Sugar Land, has helped create a community of fitness lovers thanks to her offering of free weekly classes at Sugar Land Town Square.

But the Kansas native and Wichita State University alumna had to grow a new social network from the ground up in her new home.

“It was just me and my husband when we moved down,” Cummings said. “We didn’t know anyone.”

She said coming to the Houston area was a bit of a culture shock for her, but that she appreciates the opportunity for her two children to be exposed to different cultures and to learn about different people and their stories.

“I like to picture Sugar Land as the world,” Cummings said. “You don’t actually need to travel anywhere because you can usually find it here in Sugar Land. It’s so diverse.”

Her YESYoga classes have provided people in Fort Bend County with an outlet for pent-up stress and frustration and a social connection to counter the isolation caused by the COVID-19 pandemic.

After immersing herself in teaching yoga, Cummings became a certified instructor, racking up more than 1,000 hours of training and opening an online studio in January 2018. She followed it up with a brick-and-mortar studio in October of that same year. She started out offering free-pop classes in 2018, and began free “Sundays on the Square” outside her studio at 16140 City Walk in 2020.

In a June 24 Facebook post, she switched to donation-based pricing and lowered membership prices to $99, but said YESYoga would continue to pay teachers at their normal rate.

YESYoga, Cummings said, was designed to be “a place for people who were burned out and felt unworthy and lonely and just needed a place to find each other.”

Michelle Joseph, a Rosenberg resident, said YESYoga has become part of her routine. She’s been practicing yoga daily since 2014, and she began her sessions at home. Eventually, she needed a change of scenery and found YESYoga through an internet search in 2019.

“I think people are missing that these days. There’s no self-care,” Joseph said. “I think that’s where you get into mental health dangers because nobody’s paying attention to themselves.”

Joseph said she brought as many of her friends as possible to experience a class with her, taking advantage of Cummings’ initiative to allow participants to bring a guest for free each month, though she said that slowed down when the pandemic hit last year.

Lauren Somers, a Minnesota native, has been a client of YESYoga from the beginning, attending the pop-up Town Square sessions three months before the studio opened.

Like Cummings, Somers said her husband got a job in the oil and gas sector that sent them to Sugar Land. While the classes are primarily attended by women, men also are welcome to attend the classes, and the couple has attended classes together and made some new friends in the process while introducing her new friends to the other attendees.

Cummings said YESYoga has also offered kids yoga programs in the past, like the Halloween Yoga event she held in 2019.

“It’s always a breath of fresh air going in feeling connected and saying hi to people who you might have had class with a few times before,” Cummings said. “But also welcoming new people that are just joining and you can show them the ropes or whatever we’re doing that day.”

Due to the economic impact of the pandemic, Cummings decided in June to offer a donation-based payment method to make her classes more accessible.

In addition, Cummings has created a scholarship fund for her alma mater, Wichita State, aimed at creating more female entrepreneurs. She said the funds will be awarded on a rolling basis for the next five years.

“I just really wanted to help another woman who had a creative idea to feel successful and get her business off the ground,” Cummings said.

Everywhere she’s been, Cummings has sought to create a family atmosphere with her yoga classes.

And her friends and yoga students and even her Lululemon ambassador colleagues stepped up for her during a time of need, when her dad spent more than two months in the hospital recovering from a motorcycle accident in Texas.

“The people here were just amazing,” Cummings said. “One of my clients if they were friends of mine would bring me food at the hospital and they would come take my class and see how I was doing. One of the ladies at Lululemon started a GoFundMe for my dad’s hospital bills. People just really showed up for me.”

She said she knew at that point that the studio had to keep going.

“I went from this lonely person in Houston as a mom to now having two kids and feeling like I had a whole bunch of women and community around me that supported me,” Cummings said.

When COVID-19 cases began to spike in 2020, Cummings said she felt that support again, and wanted to reciprocate that support as her friends and clients rallied around her to help boost her business.

“It just felt like a great way to give back,” Cummings said. “And to give people a chance to continue to move their body and have some sense of normalcy.”