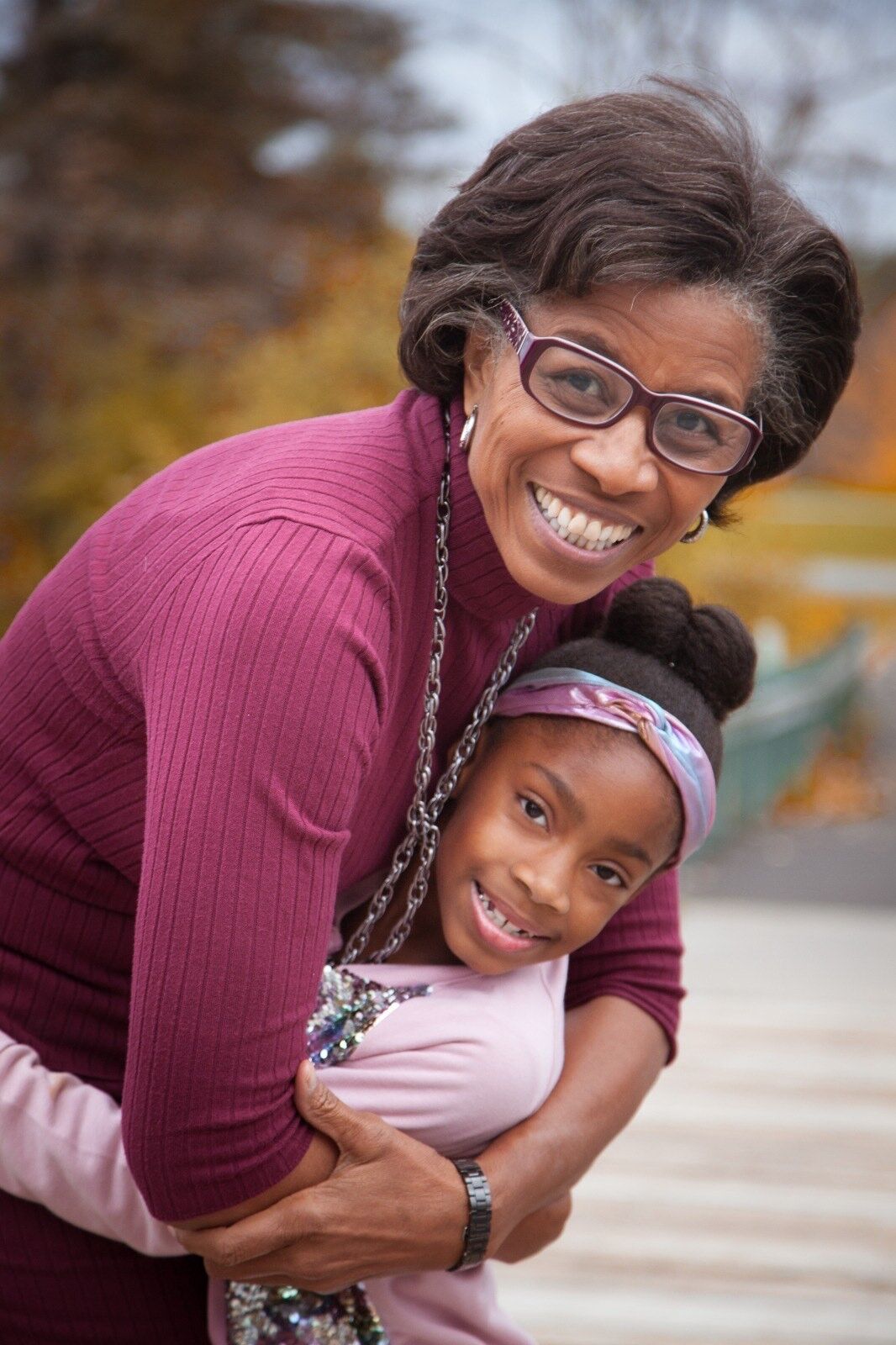 Liddie Owens smiles as she receives a hug from her granddaughter Liddie Elise, an 8-year-old Sugar Land resident who is using her skincare business to benefit underprivileged children in Antigua and her father’s homeland of Dominica. (Contributed photo) 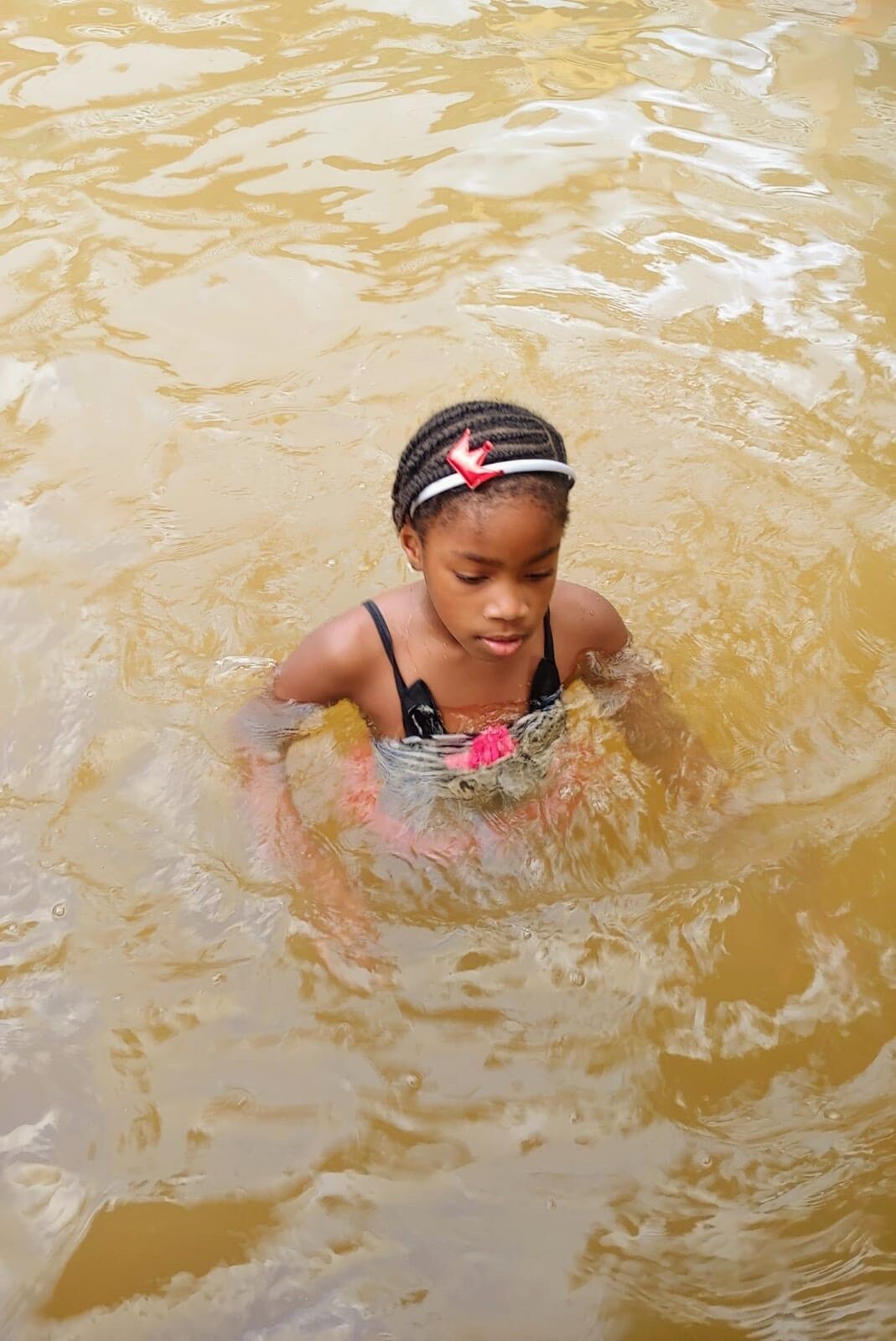 Liddie Elise swims on a beach in Antigua (Contributed photo).

Liddie Owens is a woman of ambition and action.

The Rayville, Louisiana native grew up with 12 siblings and through her role as a senior pastor at Let’s Go Higher Ministries, has lived a life of service in the Greater Houston community and abroad.

“I’m a country girl from the south,” Owens said. “And I always wanted to own a business. But none of us got to go to college or anything.”

And the entrepreneurial spirit has been passed on from grandmother to grandchild. Liddie Elise has a kid-friendly skincare and fragrance business she markets through a Facebook page with upbeat video messages where she sings “This Little Light of Mine” and uses her platform to help underprivileged people in the island nation of Antigua and Barbuda and her father’s homeland of Dominica, another small country in a cluster of Caribbean islands.

The business, Owens said, began in earnest this spring because of the impact of the COVID-19 pandemic around the globe, particularly in smaller, developing countries in dire need of resources as basic as food and clothing.

“In my heart, I said if I ever had a granddaughter, I was going to encourage her to go into business,” Owens said. “I want to say that to encourage somebody to know that not all bad things happened during the pandemic, something good happened.”

“She got a chance to see a lot of young girls that were in poverty, you know, who are underprivileged,” Owens said. “So it just stayed in her heart.”

Soon, it dawned on Owens that there was a practical way for Liddie Elise to help with her mission.

“What she wanted to do was start her own business,” Owens said. “I spoke to her about it and said, ‘What do you want to do?’ And she said, ‘I like smelling good. So I’d like to have a skincare business.’ So she and I put our heads together, and I said, ‘What is the fragrance that you would like to do?’ And she told me she loves lavender, and she loves natural products. And so we just started it right here in my kitchen.”

Owens, a mother of five children and a grandmother to four, said she envisions getting her other grandchildren involved one day. But for now, Liddie Elise, only in third grade and still making time to read and paint in her spare time, is happy to lead the charge.

“The world needs love,” Liddie Elise said. “So we should be kind and generous.”

Owens has long led a separate initiative to deliver barrels of nonperishable food to Antigua, but the efforts have since intertwined with her granddaughter’s blossoming entrepreneurship.

So far, Liddie Elise has sold 100 jars of her skincare solution, priced at $7.95 each. She has sent $400, or a third of her profit, to purchase clothes, including underwear, tennis shoes and socks, for girls in Antigua and Dominica.

Owens said it costs $500 to send a barrel overseas, and if people would like to make an impact, they can also donate beans, peas, rice or other nonperishable goods, which can be dropped off at 7601 West Sam Houston Parkway Suite #600 in Houston. As of Nov. 30, she said she had sent 28 of them this year.

“This business and this ministry was birthed in Sugar Land with 10 barrels right out of my garage,” Owens said. “We just want to be a blessing to the people in the islands because they are hurting. I know we’re hurting in America, too, but I know that they’re hurting (in the islands).”

She said she sent off six barrels last week and is looking to send seven more before Christmas as it takes three weeks for food and supplies to arrive by boat.

Owens said it is her calling, not only to help others, but to show her granddaughter how to do the same.

“This year, God just, you know, just laid it on my heart in a hidden way that I feel bad for people,” Owens said. “And when you get to the poor, you loan to the Lord. So it was in our hearts because we saw the need there.”