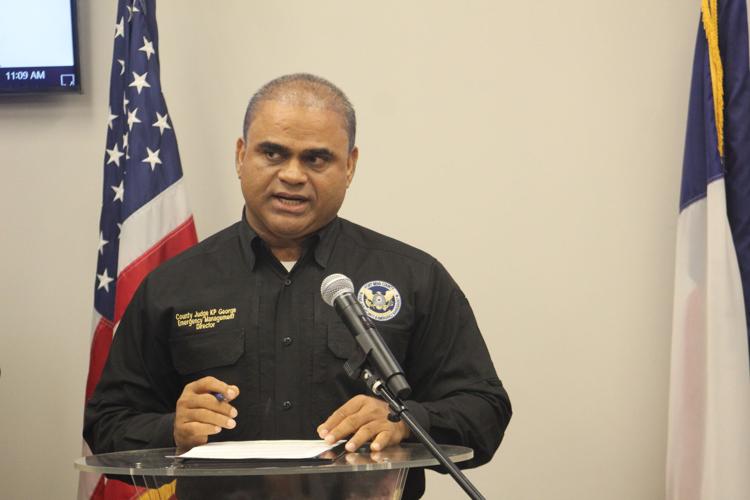 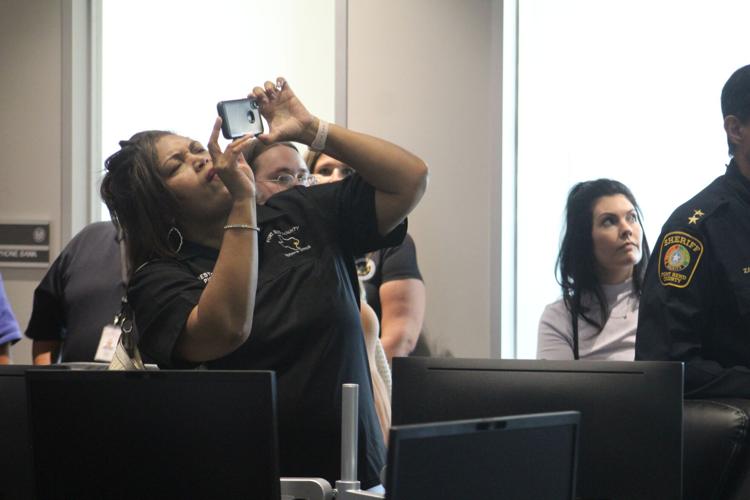 A representative of the Fort Bend County Sheriff's Office takes a picture of the facilities inside the county's new Emergency Operations Center last Friday. The new building will serve as the county's base of operations during times of emergency. (Photo by Landan Kuhlmann)

A representative of the Fort Bend County Sheriff's Office takes a picture of the facilities inside the county's new Emergency Operations Center last Friday. The new building will serve as the county's base of operations during times of emergency. (Photo by Landan Kuhlmann)

Fort Bend County unveiled its newest effort to help serve its citizens in disaster situations last week, and officials are saying a nearly $10 million, 24,000-square-foot new emergency operations building provides resources for disaster assistance and preparation in a way the previous facility no longer could.

County officials joined dozens of community members last Friday to open the doors on its new Emergency Operations Center at 307 Fort St. in Richmond, which will serve as the county’s base of operations in times of disaster or emergency such as hurricanes, floods, and more to assist nearly a million local residents moving forward.

The facility features IT & AV technology and hardware to monitor and assist residents during times of emergency, as well as large training and media rooms. There is also administrative space for the Office of Emergency Management as well as an adjacent facility with a detached apparatus bay for emergency vehicles.

“This is a very special day in Fort Bend County,” County Judge KP George said, noting it was an aptly-timed opening with hurricane season officially beginning June 1. “This building is going to be here long after we are gone, hopefully serving the next generation of residents.”

Friday’s reveal, officials said, was years in the making. According to Precinct 1 Commissioner Vincent Morales, discussions on a new facility began under former County Judge Bob Hebert more than eight years ago.

Planning for the newest facility began in 2018. The building site was formerly home to a more than 70-year-old jail that was used by the county during emergency events.

“The previous (emergency management) facility was falling apart, and we could not go through another disaster in that facility,” Morales said. “So this was a decision that the commissioner’s court had to make for the safety of our constituents. It was not functional for what we needed as a public safety facility for our constituents.”

Local governments typically use certificates of obligation for road projects and other things that are needed sooner rather than later, Morales said. And in the wake of events such as Hurricane Harvey in 2017 and Winter Storm Uri just last year, he said the new EOC fit the bill.

“We had to make sure that we had a facility that could go through the next disaster,” Morales said. “This building is now adaptable for the safety of our staff and to serve the public much better than it did before.”

As one of the nation’s fastest-growing counties, George said Fort Bend’s business community, educated workforce, and more serve to provide a good quality of life for its citizens. So it made sense, he said, to attempt to construct what officials called a “state-of-the-art” facility to help its residents during times of emergency.

“It is important to invest in this kind of facility, and manage an emergency from a safe place for our team,” George said. “We can never prepare too much, so we continue to prepare so that we will serve our citizens better.”

“We realized that if we are going to be a first class county, we needed to have first-class facilities,” he said. “We stepped up, with your support, and I’m proud of what we’ve done.”

Everything needed to make a decision for the betterment of Fort Bend County’s citizens, Emergency Management Coordinator Mark Flathouse said, will be right at his staff’s fingertips.

And that is ultimately their goal, which officials believe the new EOC positions them to do.

“Emergency management impacts everybody,” Flathouse said. “And we want to be here for everybody.”

For more information on the Fort Bend Office of Emergency Management, visit its website at fbcoem.org/.