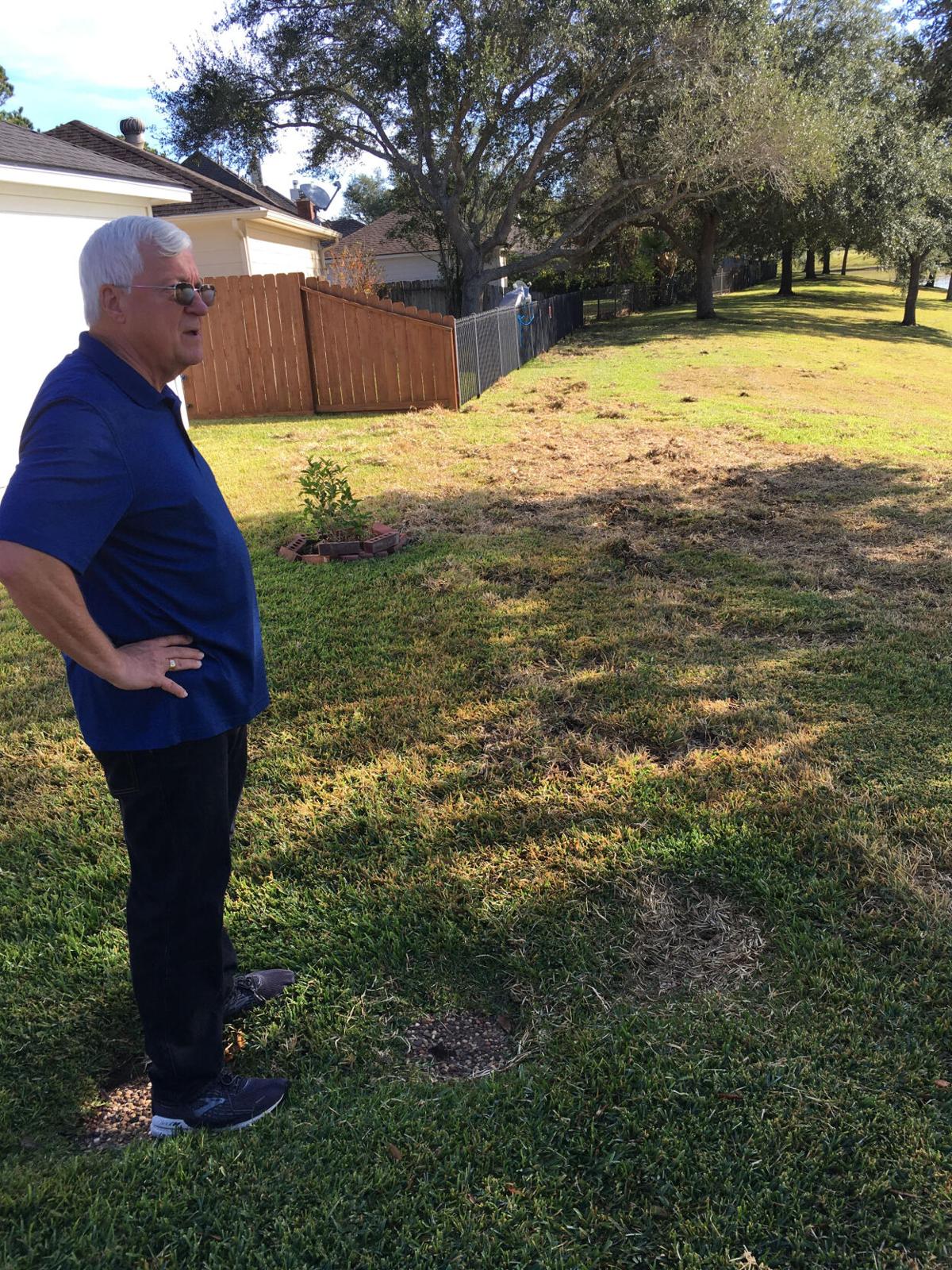 Sugar Land resident James Uschkrat stands behind his home, surveying damage from feral hogs that have invaded the neighborhood in recent weeks. 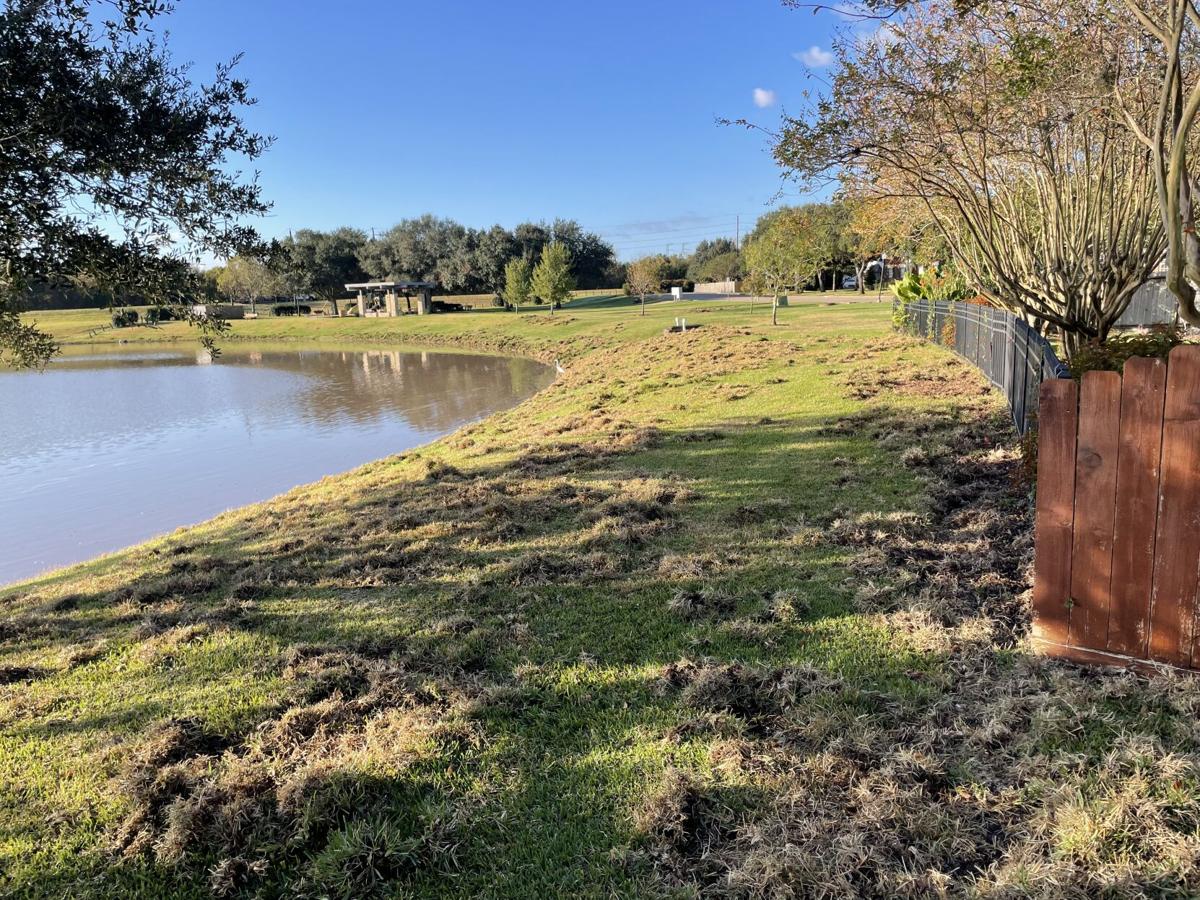 Pictured is some of the damage a herd of feral hogs has caused to a Sugar Land neighborhood. 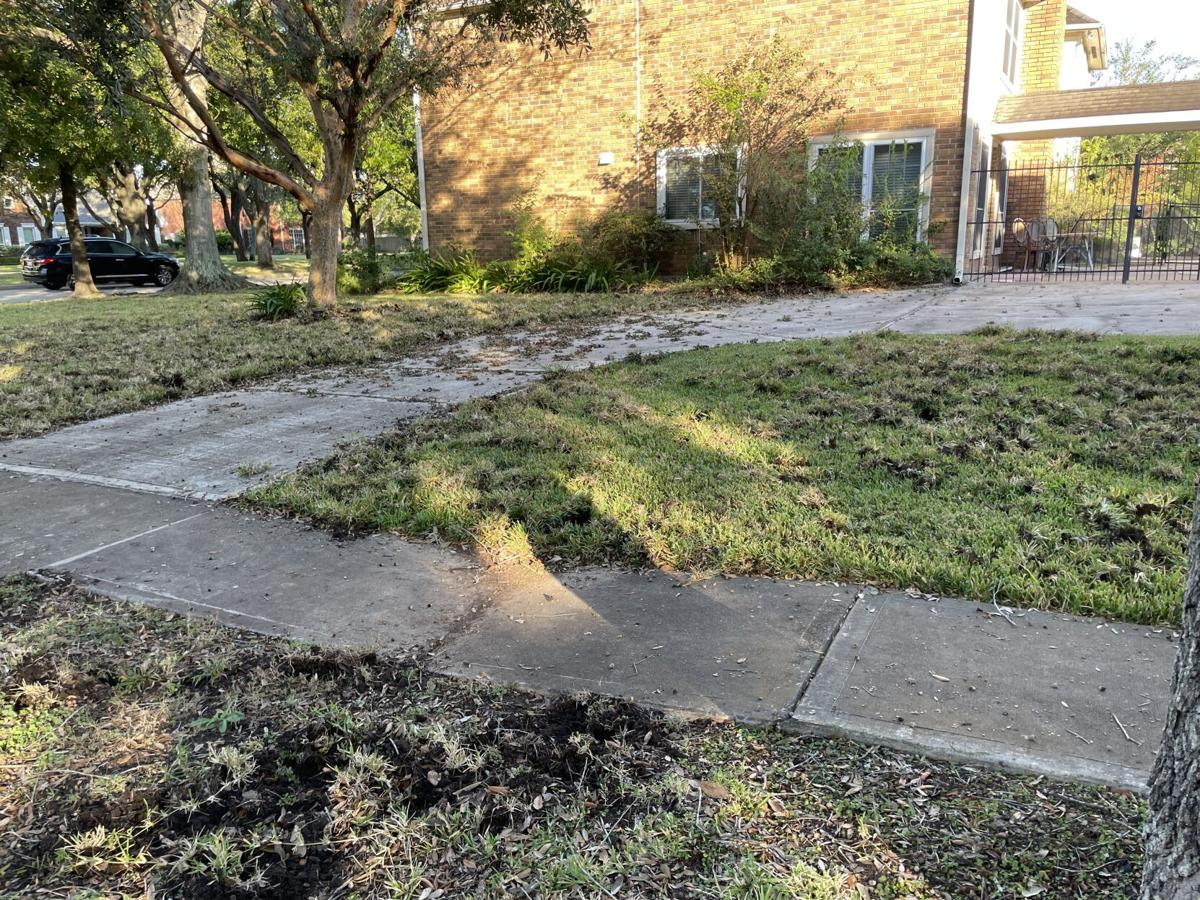 A Sugar Land resident's lawn is severely damaged from hogs searching through it for food overnight. 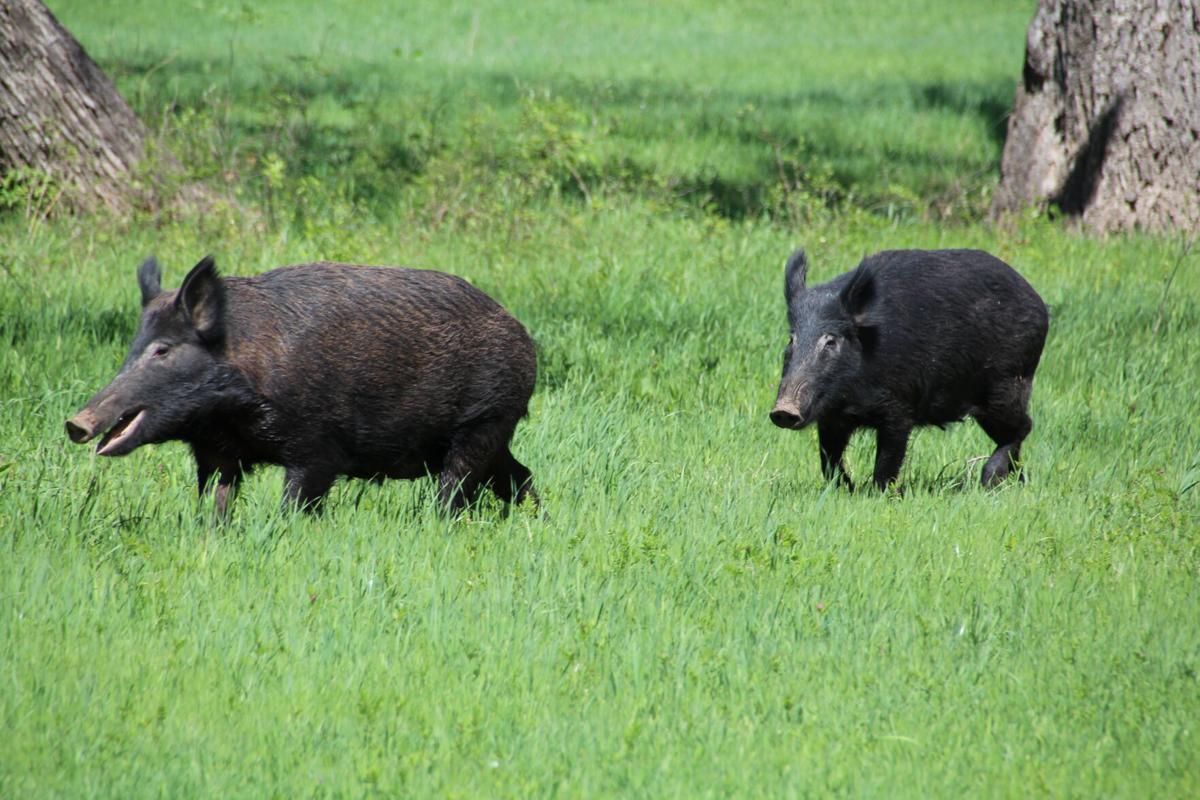 Pictured are some feral hogs, similar to those that have moved into a Sugar Land neighborhood.

Sugar Land resident James Uschkrat stands behind his home, surveying damage from feral hogs that have invaded the neighborhood in recent weeks.

Pictured is some of the damage a herd of feral hogs has caused to a Sugar Land neighborhood.

A Sugar Land resident's lawn is severely damaged from hogs searching through it for food overnight.

Pictured are some feral hogs, similar to those that have moved into a Sugar Land neighborhood.

From torn-up lawns and gardens to packs of them found wandering down the streets, herds of feral hogs in recent years have made the quiet neighborhood, a little more than a mile away from H-E-B and other shopping, their home. And the results have been less than appreciated by the other residents living there.

“Please allow me to add my voice to the chorus of complaints about the invasive hog attacks that are coming almost nightly now,” James Uschkrat, a resident, wrote in a letter to the homeowners association. “Large packs of 20-30 feral hogs are parading around our streets, prompting safety concerns for drivers and children, in addition to the massive landscaping damage. Having lived here for 33 years now, this is the worst I have seen this threat to our properties and personal safety.”

Feral hogs moving into suburban neighborhoods like the Lakes of Austin Park has become an increasing problem across Texas in recent years, spurred by an exploding population of the animals and a lack of wild spaces for them to live, according to Michael Bodenchuk, director of Agrilife’s Texas Wildlife Services division and an expert in the population.

Between 2006 and 2010, the wild hog population in Texas doubled, and that led to more of them moving into green spaces closer to more populated neighborhoods, Bodenchuk said.

“It’s gotten worse in the last decade, considerably,” he said.

While the effects of the hogs’ presence in recent weeks have been exacerbated in Uschkrat’s neighborhood, animal experts at the city of Sugar Land have been battling the invasive species for years.

“Here in Sugar Land, we do have a feral hog problem,” said Don Specks, animal services manager for the city. “It ebbs and flows depending on the season. But we are working within the confines of Sugar Land, and partnering with other entities to mitigate the problem.”

As of about 2017, experts estimated there were about 6.9 million feral hogs living across the country, of which some 2.6 million were living in Texas, Specks said. The animals benefit from a lack of natural predators and the ability to reproduce quickly, he said.

The hogs can have litters every four or five months, and reach sexual maturity in six months, he said.

“What happens is they find an area where they feel safe, like near the Brazos River or behind parks and wooded areas and they’ll start looking for food,” Specks said. “They travel in sounders, and cause a great deal of damage.”

Sugar Land operates three wild hog traps across the city, Specks said. One is under the University bridge near Monarch Drive, one is in New Territory and a third is near Commonwealth Boulevard, Specks said.

Over the last two months, crews have trapped 11 wild hogs in the three traps, he said. In January alone, the city caught 32 of them, he said.

Feral hogs moving into suburban neighborhoods can present a broad array of dangers to those living nearby, Bodenchuk said.

Wild hogs can cause an uptick in automobile accidents, the occasional attack if they feel cornered and risks for pets and the environment, Bodenchuk said.

“About 40-plus percent of the pigs we kill were shedding salmonella at the time of the kill,” Bodenchuk said. “They have E coli in their gut, and that can be a human safety risk.”

The animals also tear up lawns and gardens in their search for worms and underground vegetables, Bodenchuk said.

Residents living in the Lakes of Austin Park neighborhood have seen visits from the hogs for about 10 years now, but they’ve become more frequent and damaging in recent years, Uschkrat said.

Uschkrat’s back yard borders the water, which serves as something of a main thoroughfare for hogs moving through the area, he said. It appears the hogs are coming into the neighborhood from the nearby Riverstone development, which falls in Missouri City.

Some residents worry the fact the hogs are moving between two cities’ jurisdiction has complicated the effort to remove them.

Stacie Walker, spokesperson for the city of Missouri City, said the animal services department is aware of the feral hog issue, and is providing residents with a statement.

“Thank you for reporting this significant feral hog issue to our animal services department,” said the statement. “The city has an agreement with an independent contractor that recovers these hogs at no cost to our residents. Since this is a free service, timely response may be much longer than normally desired for services that the city provides.”

Because of that, it might take between two and six weeks to capture hogs after they’ve been reported, according to the statement. If residents want a faster timetable, they should contact their homeowners association, or seek a private contractor.

Before this latest feral hog problem, the last time they’d been reported to the animal services department in Missouri City was 2017-18, Walker said.

Sugar Land animal experts realize feral hogs are a problem and are contemplating increasing efforts to trap them by hiring independent contractors to hunt them, Specks said.

The best thing residents can do is call 311 if they see feral hogs, so the city has the latest information on where they’re seen, Specks said.

“We encourage citizens and residents not to approach the hogs,” he said. “Do not try to shoo them away. They are dangerous animals and can weigh between 200 and 300 pounds.”