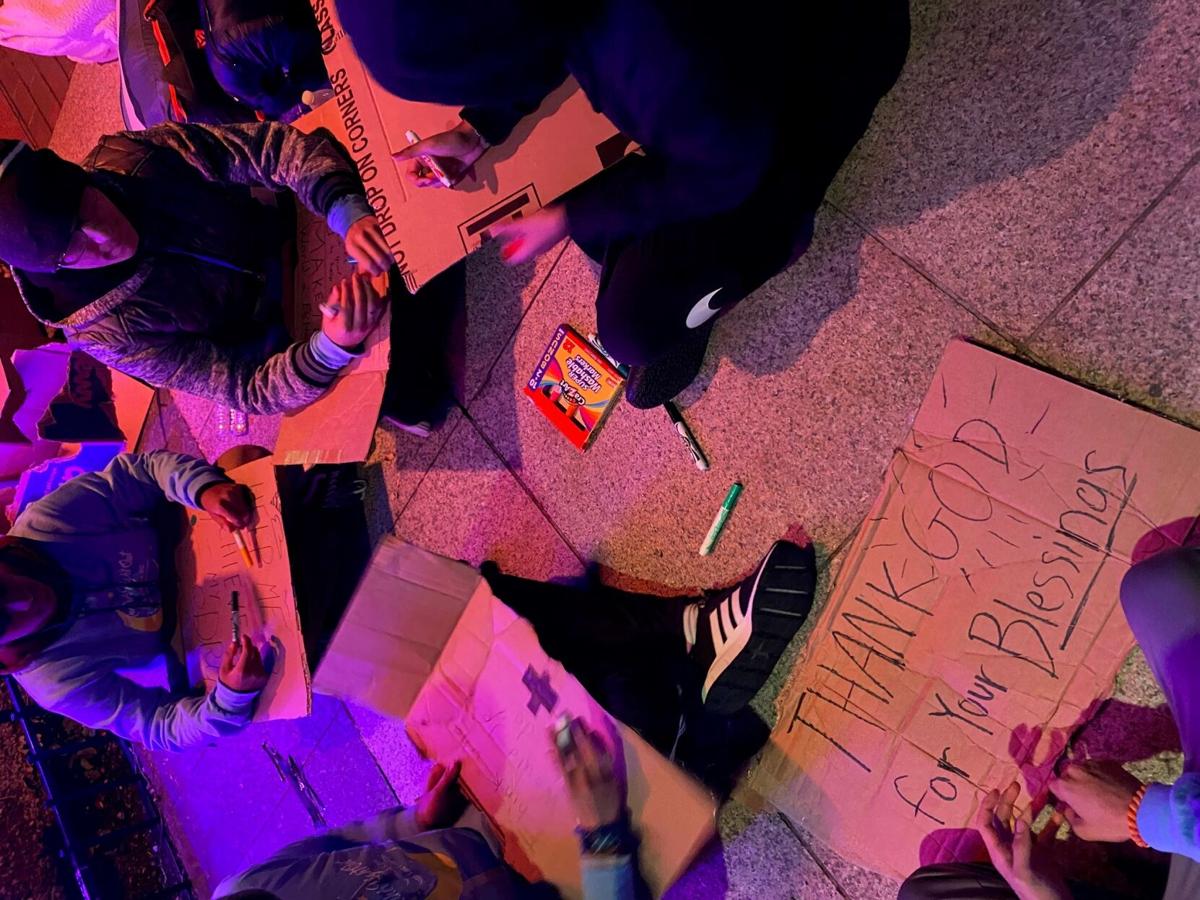 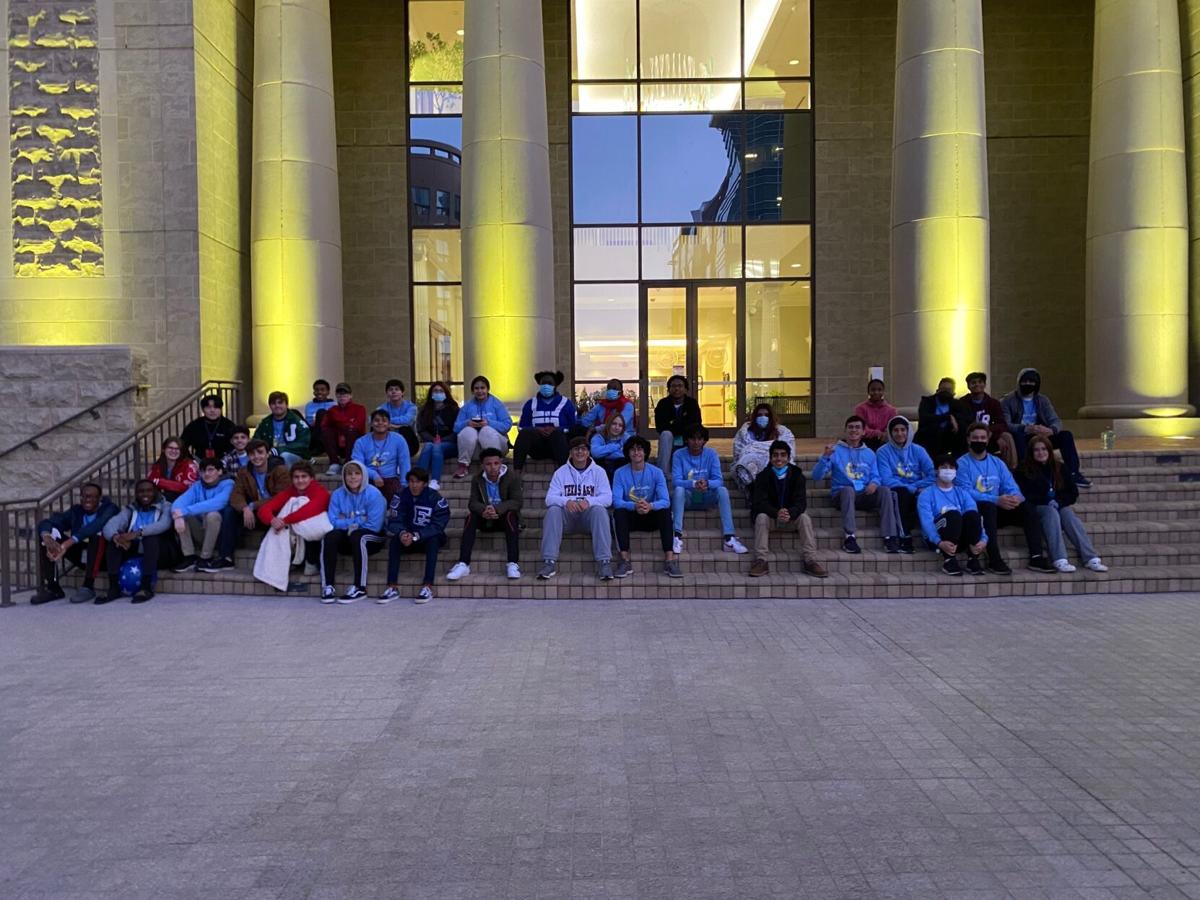 By official U.S. Department of Housing and Urban Development numbers, there are only about 12 homeless people living in Fort Bend County.

But that deceptively small number neglects the 1,500 or more students in the county who have turned to couch surfing, living in buildings without power or water and even staying in storage units to make ends meet, said Shannan Stavinoha, the executive director of the Fred & Mabel R. Parks Youth Ranch.

Parks Youth Ranch, which first opened in 2011, is the only nonprofit emergency shelter in Fort Bend County for homeless youth. The facility can house up to 28 children at any given time, and typically serves between 120 and 130 children per year, Stavinoha said.

And so officials with the shelter are using November, which is homeless youth awareness month, to spread word about the issues across the county.

Over the weekend, for instance, a group of high school juniors and seniors showed up to Sugar Land Town Square Plaza to participate in Another Night Out – an awareness event meant to teach about the hardships of at-risk and homeless youth, according to the shelter. Participants made signs, brought bedrolls and spent hours outside, among other activities.

As of the 2018-19 school year – the most recent year for which data is available – there were around 1.38 million homeless students across the country, according to data from the National Center for Homeless Education.

The U.S. Department of Housing and Urban Development calculates homeless numbers based on something called the Point in Time Count, which bases its number on how many people are found in the streets on a given night.

But school districts based their homeless counts on definitions spelled out by the McKinney-Vento Act, Stavinoha said. The McKinney-Vento Homeless Assistance Act is a 1987 piece of federal legislation that considers any student homeless if that student lacks a permanent home address.

In Fort Bend County, that definition makes more sense to describe the types of homelessness that area students struggle with, she said.

“There’ve been times in my life where I’ve been one paycheck away from not being able to afford rent,” she said. “So many families struggle with that, and not just during the pandemic.”

Requests to speak with both students staying at the Parks Youth Ranch and elsewhere were declined, with officials saying the students were uncomfortable speaking about their experience.

Stavinoha, however, told the Star a story about a student who stayed at the Parks Youth Ranch several years ago whose mom was single, worked for a fast-food restaurant and couldn’t afford housing. They both wanted to remain in the school’s boundaries, so they rented a storage unit where they lived until the coronavirus pandemic shut down restaurants and the mom was laid off, Stavinoha said.

The woman went to live at a women’s shelter, but the shelter wouldn’t take the teen boy, so he came to the Parks Youth Ranch, Stavinoha said.

“Point in Time doesn’t capture that,” she said. “They were precariously housed.”

It’s unclear what effect the pandemic might have had on the homeless student population in Fort Bend County, because those tasked with overseeing those programs in schools struggled as many were supposed to be in virtual classes, but stayed in places without reliable internet, Stavinoha said.

“If there’s one homeless student, that’s too many,” she said.

Before the local onset of the pandemic in March 2020, the percentage of students dealing with homelessness had declined to about 1.5 percent down from a high of about 2 percent around Hurricane Harvey in 2017, Stavinoha said.

The problem isn’t contained to a specific area of the county, Stavinoha said. In some neighborhoods in the northern part of Richmond, for instance, families run one extension cord from one home across several others because not all of them have electricity or running water, she said. Some parts in the outskirts of the county have seen encampments of homeless people and other areas lack suitable infrastructure, she said.