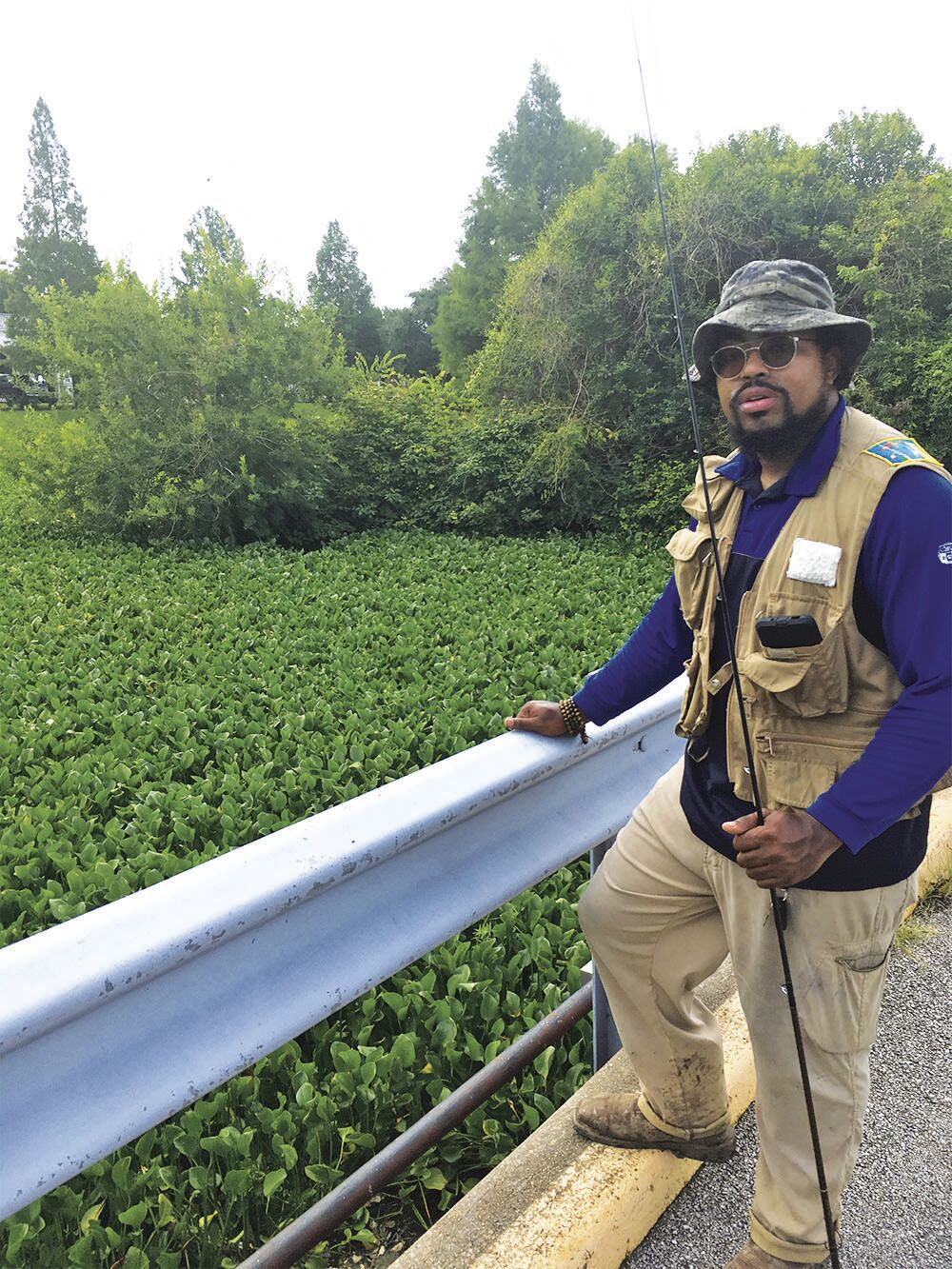 Tony Love frequents the area around Cleveland Lake to fish. The place would be perfect for fishing and kayaking if not for the water hyacinth, he said. (Photo by Matt deGrood) 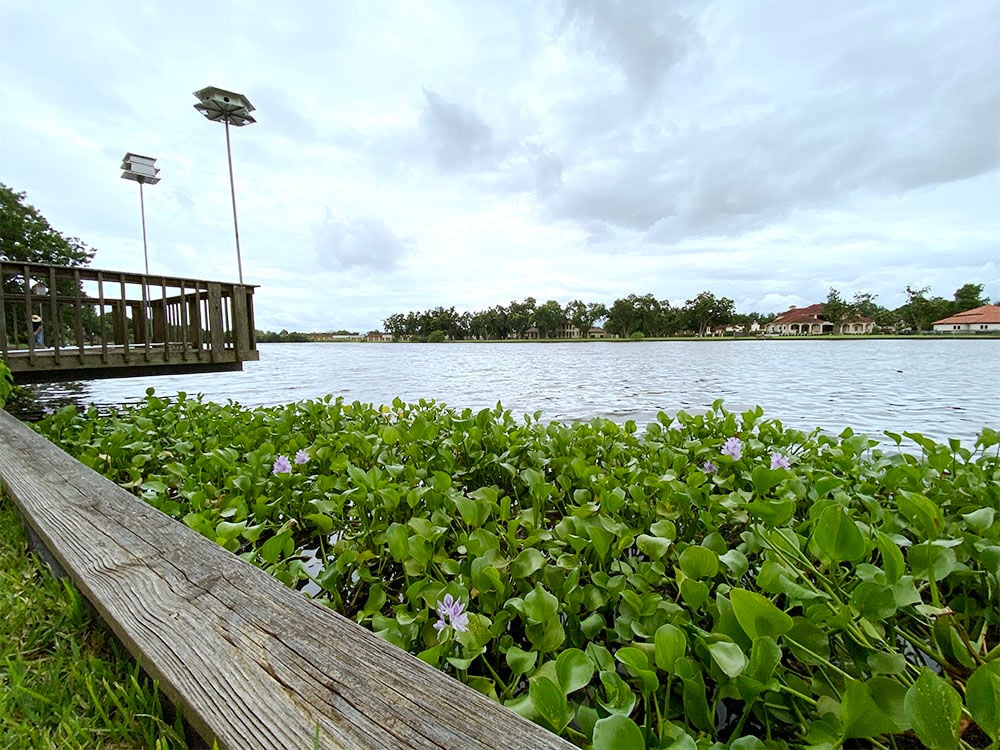 Water hyacinth is an invasive species that can kill fish, and cause other issues. (Photo by Stefan Modrich)

Tony Love frequents the area around Cleveland Lake to fish. The place would be perfect for fishing and kayaking if not for the water hyacinth, he said. (Photo by Matt deGrood)

Water hyacinth is an invasive species that can kill fish, and cause other issues. (Photo by Stefan Modrich)

Cleveland Lake was once a pleasant respite for residents living in the homes dotting its shores, said Scott Covington, one such homeowner. Ducks once frequented the lake, with fish abundant in its waters.

That all ended with the arrival of a single plant, the water hyacinth, Scott said.

A walk along the suburban lake these days now resembles something out of a science fiction novel – greenery dotted with a distinct purple flower stretched out along the edges of the water, and entirely blanketing the lake in some parts.

“It’s an environmental disaster,” Covington said. “The water hyacinth depletes the water of oxygen. The fish die. The ducks that normally are there all the time are disappearing. It’s horrible, horrible growth.”

The Sugar Land residents living along Cleveland Lake aren’t alone in dealing with the invasive species before them, but ongoing discussions between a developer and the city have meant nearby homeowners must sit and watch the water hyacinth overtake the body of water.

“What I can tell you is that we are aware of the concerns of residents who live around Cleveland Lake,” said Doug Adolph, spokesperson for the city. “We are working with both the residents and the HOA in The Orchard neighborhood, and the Imperial Redevelopment District to come up with a solution that will remove the vegetation from the lake. We hope to have an agreement finalized very soon, but we are not quite there yet.”

Representatives for the district did not respond to a request for comment by Monday afternoon.

Essentially, for most private lakes in Sugar Land, the local homeowners association is responsible for maintaining them and keeping them free of invasive species like the water hyacinth, Adolph said. What makes this case unique is that the Imperial Redevelopment District owns the lake, but not the nearby neighborhoods, he said.

Adolph wasn’t sure about the neighborhood’s history, and why that happened, he said.

And, while The Orchard neighborhood on the south side of the lake has a homeowners association, the residents like Covington on the north side, on Lakeview Drive, do not, Adolph said.

The water hyacinth is a plant native to South America, according to the Texas Parks & Wildlife Department. While it produces pretty flowers, its roots grow under the water into a thick mat that spreads rapidly, according to the department.

“It’s crazy how fast it can overtake a body of water,” Covington said. “It can double in size every two weeks, if conditions are good.”

The plant can block sunlight, reduce oxygen in the water and kill plants that provide food for fish, according to the department. It can also be a good home for mosquitos.

Cleveland Lake would be perfect for fishing or kayaking if not for the plant, said Tony Love, of Sugar Land, who frequents the area to fish.

Investigators with the department have noticed growth of the species across much of the state, said John Findeisen, who works in the department’s inland fisheries division.

“It is common along the entire gulf coast, with the western border being about I-35,” Findeisen said.

As quickly overwhelming as water hyacinth can be, it can also be treated, Findeisen said.

In fact, residents could use industrial herbicide to treat it for as little as $20 per acre, Findeisen said. But the state limits purchases of herbicides for unlicensed people to a gallon.

Residents could opt to use a private contractor to handle the work, but that’s where it gets pricier, Findeisen said.

“A few hundred bucks can become more than $1,500 really quick,” he said. “And it’s not a one-time treatment. It produces seeds, which is part of what caused the problem this year.”

Adolph said he couldn’t release many details of a proposed agreement with the Imperial Redevelopment District. But he said the solution would help residents not just clear out the water hyacinth now. It also would help maintain the lake moving forward.

“We believe this will meet the needs of residents, which is everyone’s goal,” he said.