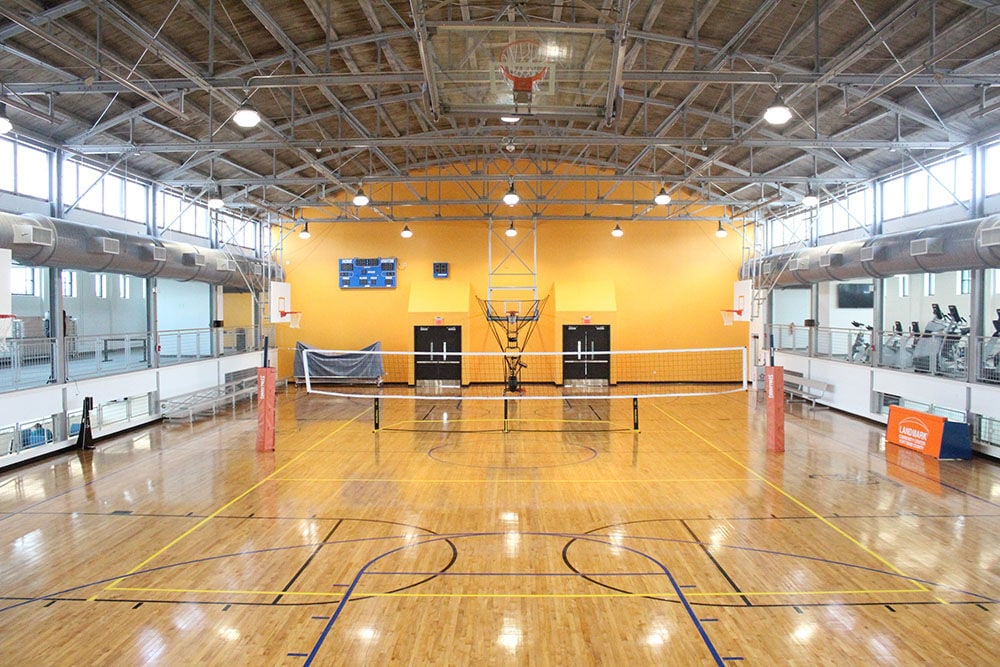 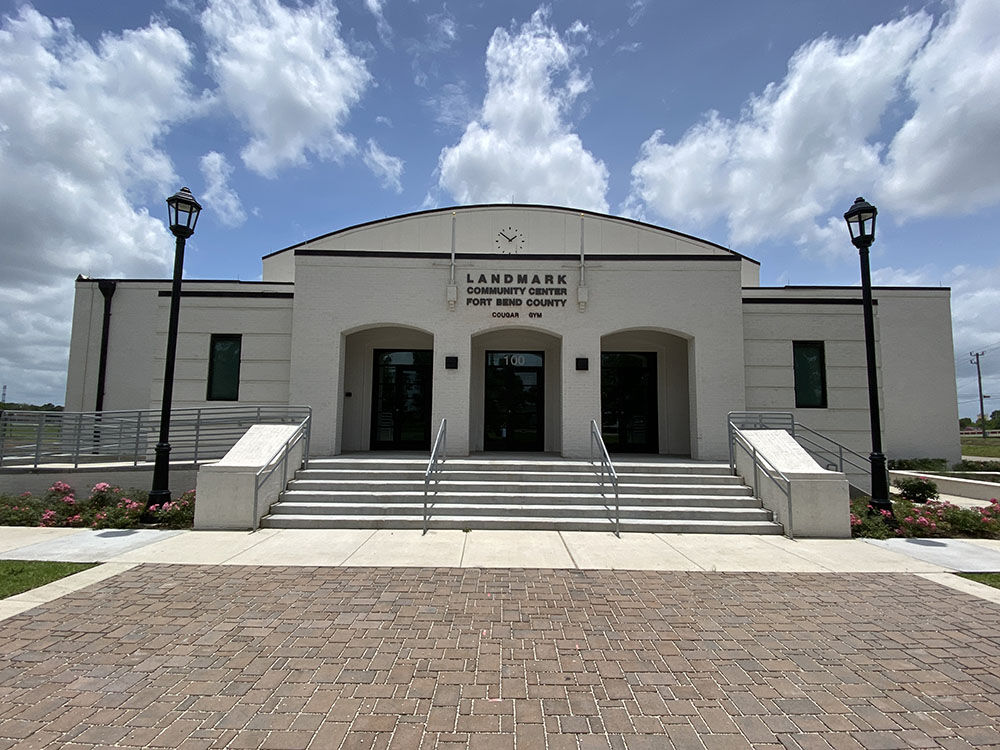 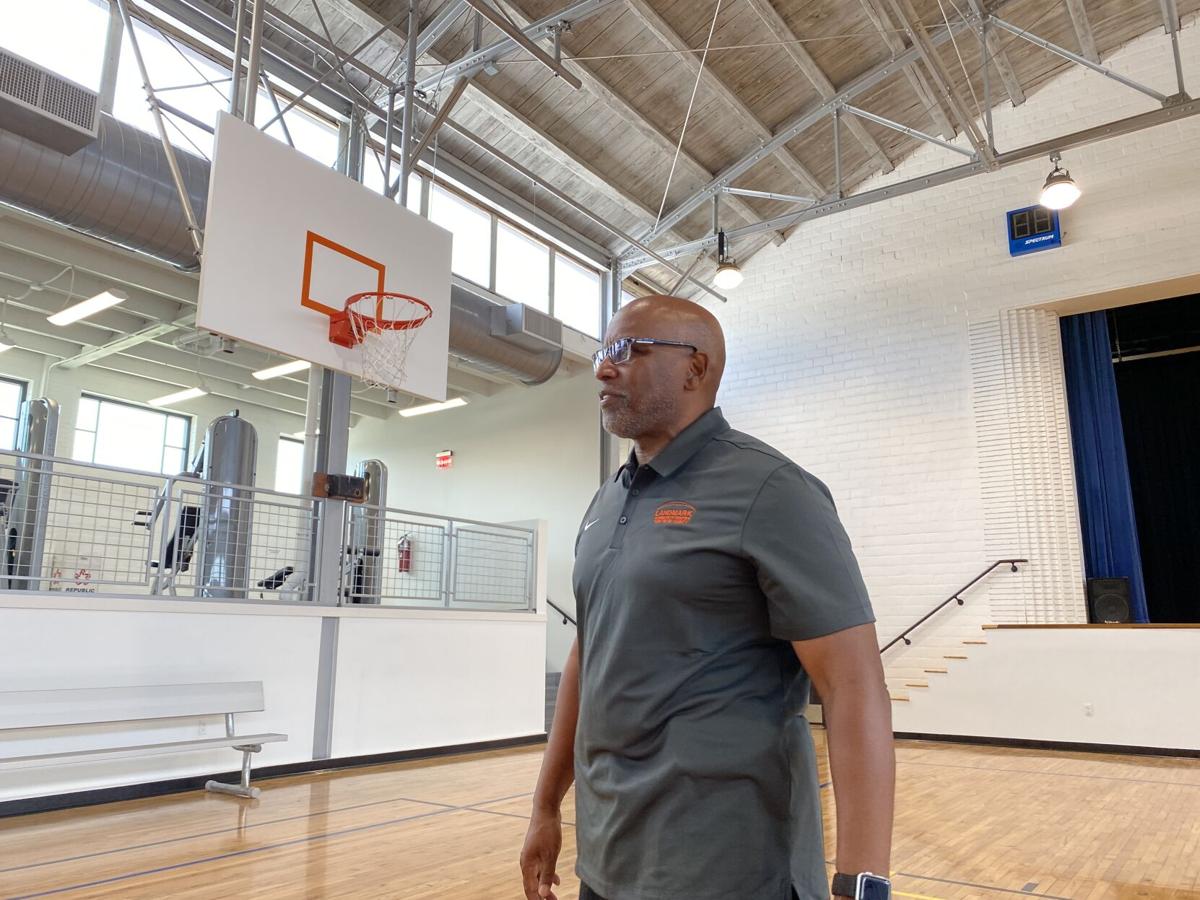 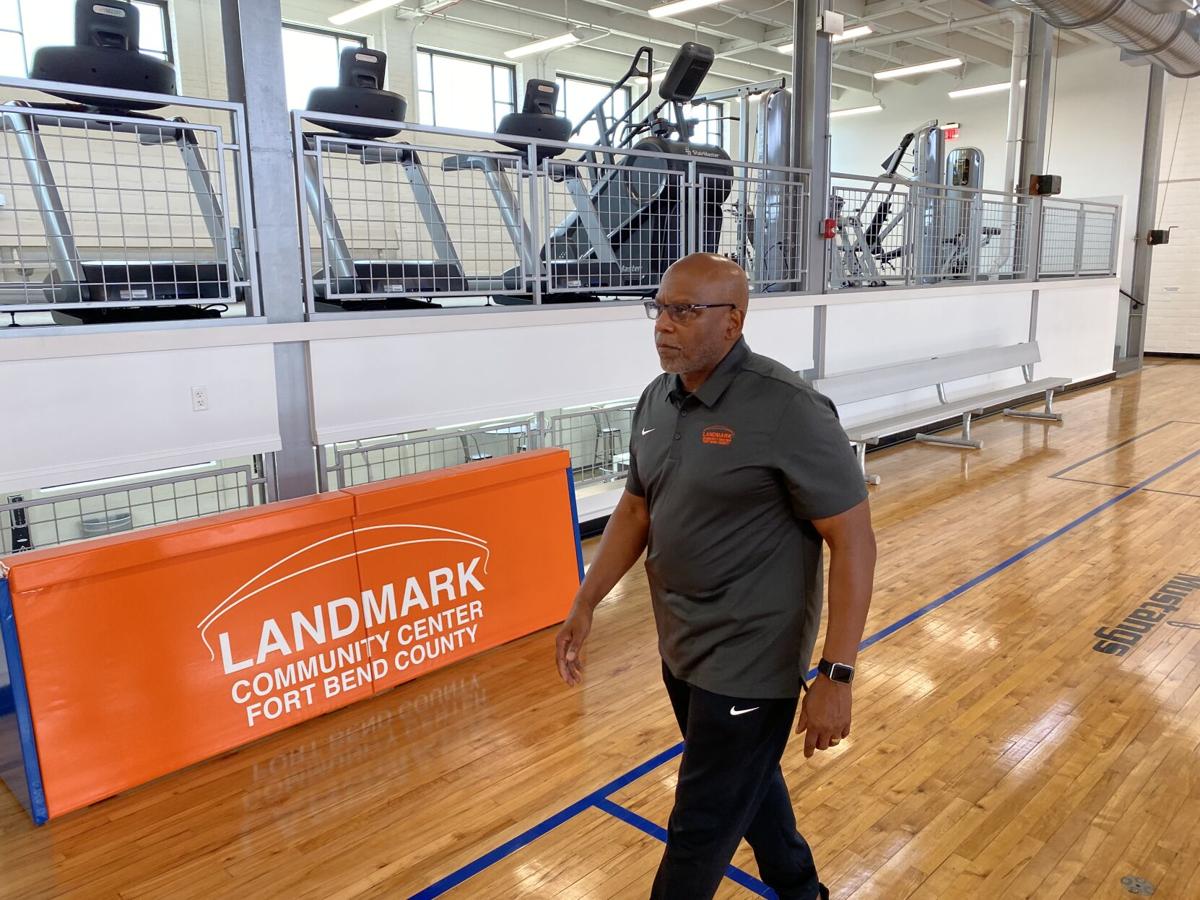 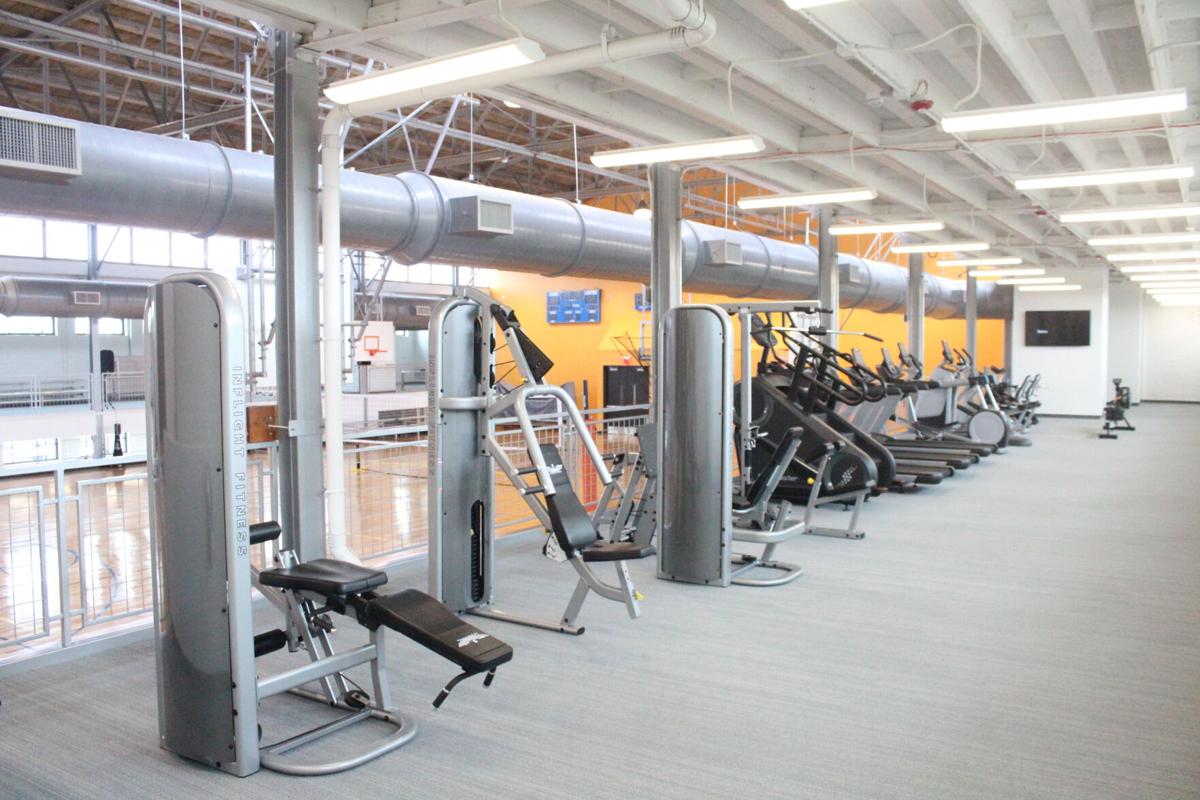 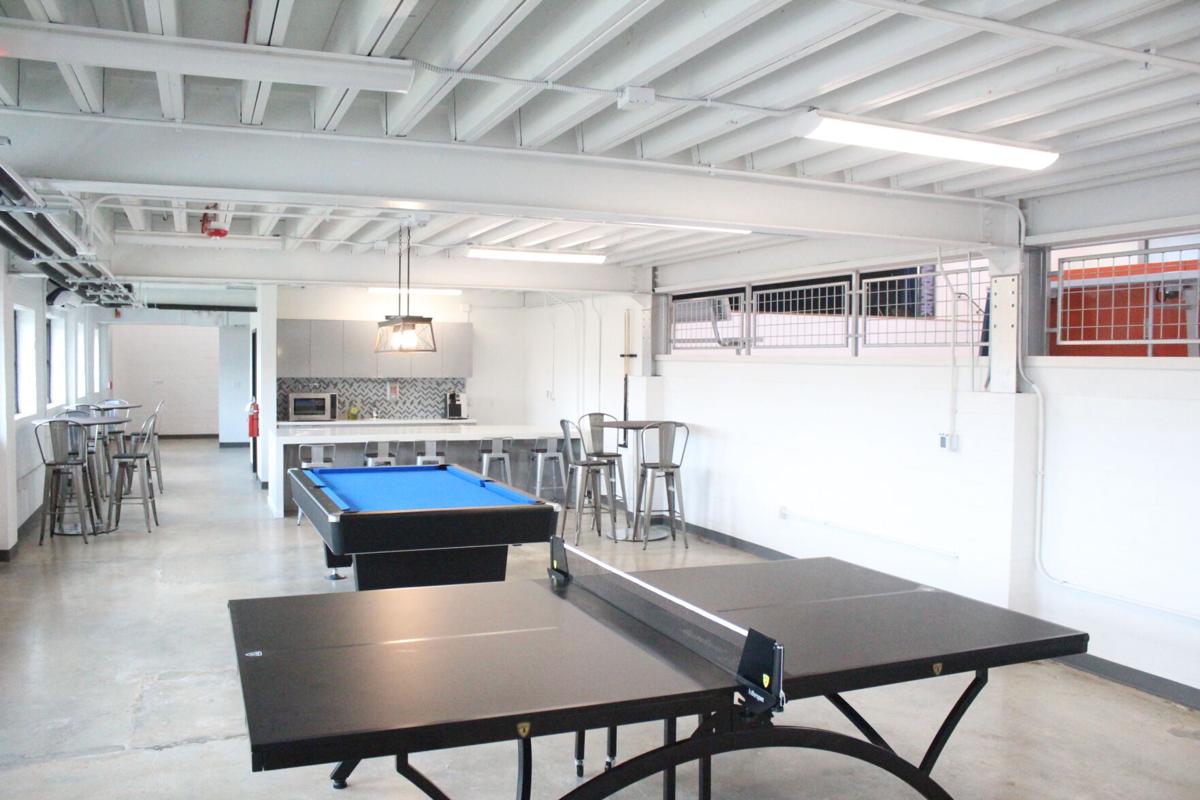 One of the oldest buildings in Missouri City has a new purpose.

The Fort Bend County Commissioners Court is responsible for renovating the community center, which features a new lobby, new basketball court, sound stage, a fitness center, game center and a lounge with a coffee and juice bar.

After the structure was mostly completed in November 2020 aside from some aesthetic finishing touches, its opening was delayed due to the COVID-19 pandemic.

“There was an extensive planning process,” Fort Bend County Precinct 2 Commissioner Grady Prestage said. “We had to take our time and decide how to best protect (the building).”

Prestage said implementing modern amenities in the building and making it accessible for those with disabilities was a challenge. A hydraulic lift to elevate wheelchair users or other people with disabilities was installed to transport people from the gym floor level to the lounge and coffee bar area below it and to the fitness center and bleachers above it.

Gary Nichols, a Quail Valley resident and the recreation manager within the county’s parks and recreation department, said Landmark Community Center is free and open to all county residents.

“We’re just looking for people to have a place to come, young ones and old ones,” Nichols said. “The young ones can be safe and off the streets. And the older ones can come work out or sit and play cards and dominoes. It’s a nice atmosphere for everyone.”

Nichols has had a long career as a high school basketball, football and track coach, much of it within Fort Bend ISD. It’s a bit of a homecoming for Nichols, who began his career teaching and coaching in the same building, at Missouri City Middle School.

He said the thing he’s looking forward to most is getting to know the residents who will walk through Landmark’s doors.

“Not only me, but our whole staff, we want to be inviting and welcoming,” Nichols said. “Our vision is that when people around the country are starting to think about renovating a building, they say, ‘We need to go down to Missouri City and check out Landmark.’”

Prestage said area nonprofit organizations will be able to form partnerships with the county to use the gymnasium for their events.

“We recognize the fact that there are leagues and organized programs that are looking for facilities,” Prestage said. “We needed to have a place that the community could utilize.”

A museum with the history of the former Missouri City High School, which includes late former Stafford Mayor Leonard Scarcella among its alumni, is another notable feature of the building.

Because the school was segregated until September 1965, according to Fort Bend ISD, Black and Hispanic students instead attended M.R. Wood School — now the M.R. Wood Alternative Education Center. An exhibit in the museum is dedicated to this chapter in the area’s history as well, Prestage said.

Residents who have memorabilia or artifacts from either of the schools that they are interested in donating to the museum can contact the Precinct 2 Office at (281) 403-8000 or the Fort Bend History Association at (281) 342-1256.

Further upgrades, including stage lighting, a sound system and a video system, will be additional costs, Prestage said, but he said such investments will be worthwhile to add cultural and musical programming at Landmark in addition to sports or recreational activities.

“It’s important that you put some love into this building,” Prestage said during his address to those in attendance at Saturday’s grand opening. “Make it what it ought to be.”

County residents can register to use the facility at https://landmarkcommunity.fortbendcountytx.gov or call 832-471-5200 for more information.