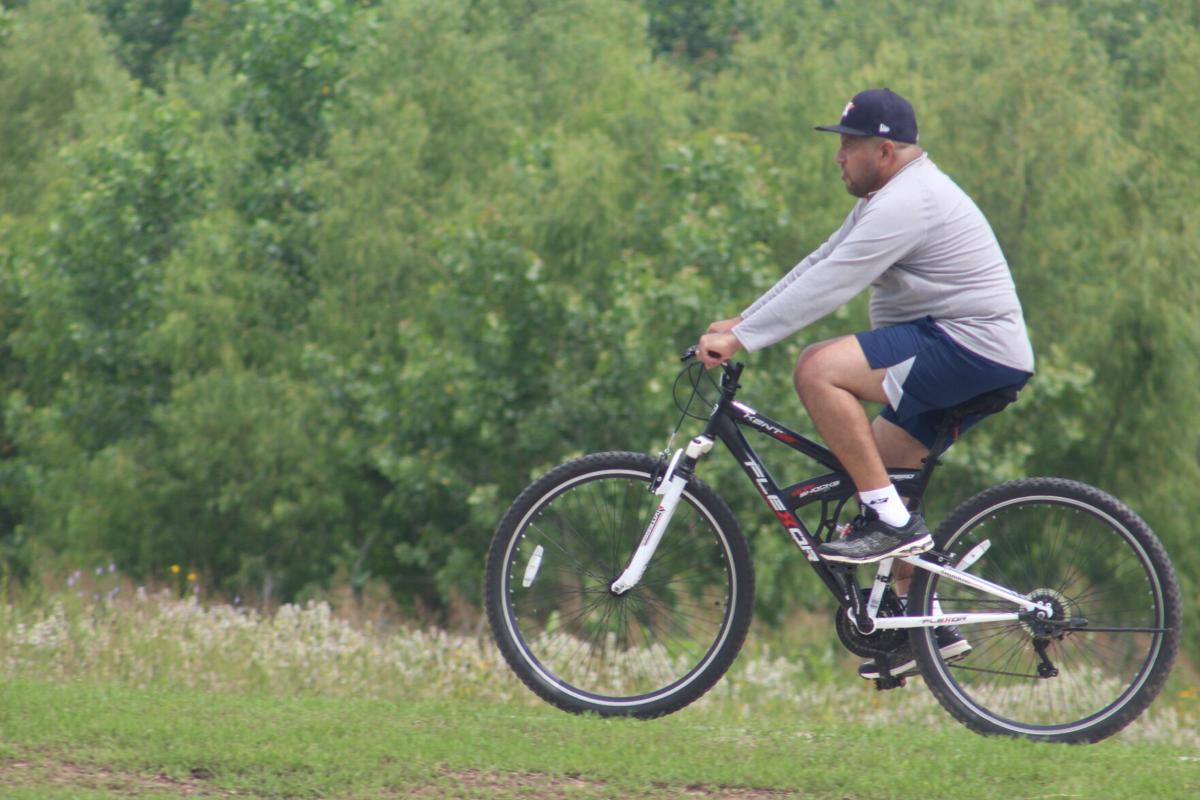 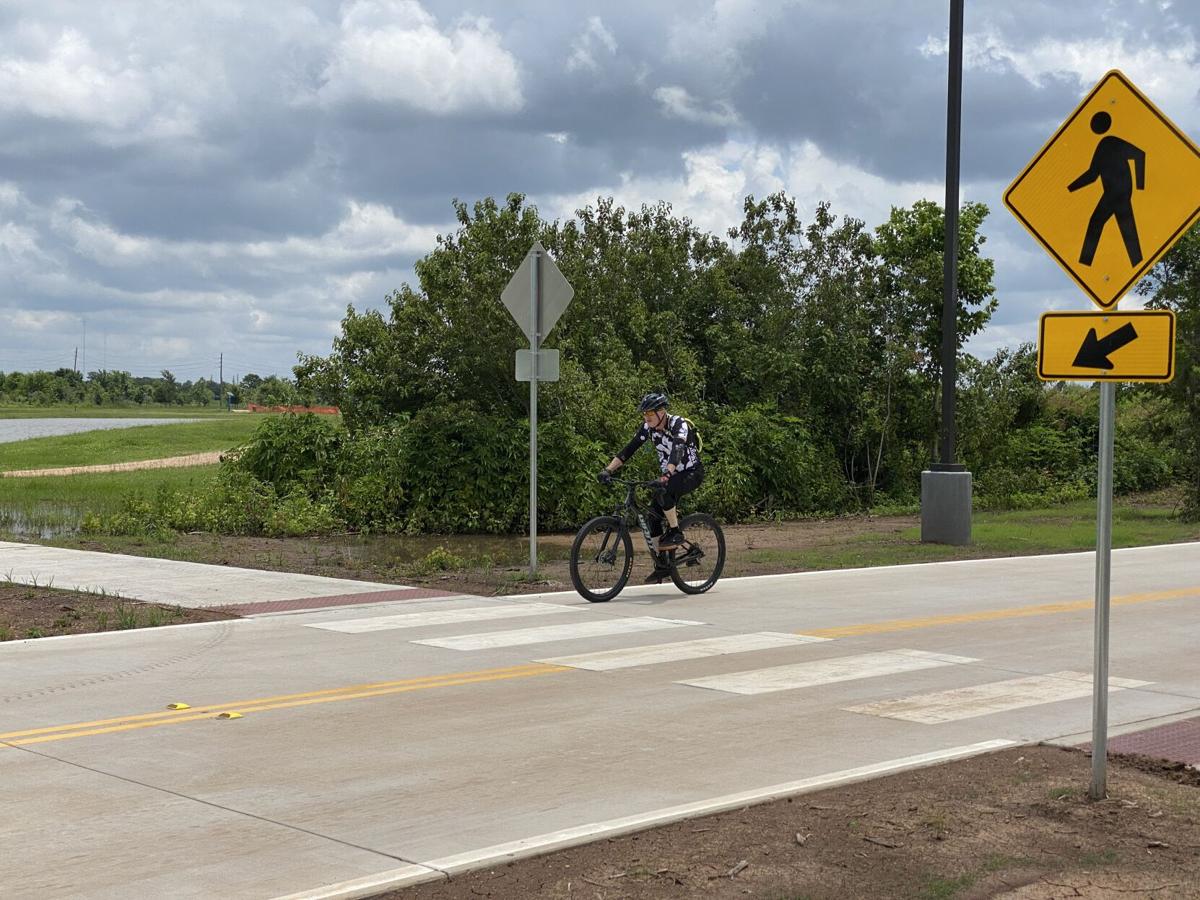 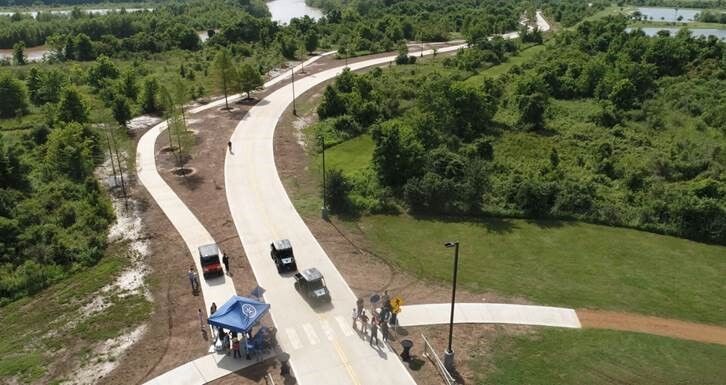 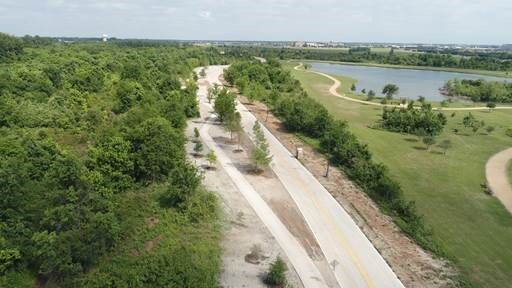 The parks along the Brazos River corridor previously were segmented into smaller park sites because of the logistical challenges of the natural landscape. The new road will help the city take another step toward its goal of fulfilling its decade-long master plan to make its greenspaces easier to visit.

"The new connection between Sugar Land Memorial Park and Brazos River Park creates a lot more outdoor opportunities with greater accessibility for Sugar Land residents and visitors," said Joe Chesser, the city’s director of parks and recreation. “This is a big project that makes a big impact.”

The project was approved by voters in a 2013 parks bond election at a cost of approximately $2.27 million.

According to Google Maps data, the trip from Brazos River Park to Sugar Land Memorial Park —  which previously required using the northbound Southwest Freeway frontage road and a right turn on University Boulevard — took 5 minutes to go 3.1 miles. But going in the reverse direction, starting from Sugar Land Memorial Park, would more than double the time (11 minutes) and distance (6.9 miles), taking the Southwest Freeway southbound before using the turnaround lane at Crabb River Road and turning right onto Festival Boulevard.

When that turnaround was closed due to flooding conditions, it made the trip between both sites even longer for visitors, Chesser said.

So residents in nearby First Colony, Commonwealth, Riverstone and Telfair stand to benefit from the easy access to the new connector road, he said.

Ken Leung, a Sugar Land resident who lives near Constellation Field and brought along his children, ages 6 and 9, headed west from Sugar Land Memorial Park to Brazos River Park.

“It’s nice,” Leung said. “It’s my first time here (at the new trail). There was nothing here before. It was all wooded. Before you had to go all the way around.”

On Monday afternoon, cyclists and walkers hiked back and forth on the new paths. A brief rain shower caused those out and about to scramble for shelter, but as the sun poked back out from behind the clouds, visitors began to trickle back onto the trail and connector road.

“Memorial Park is one of our busiest parks in the city,” Chesser said. “We do traffic counts there, we’ve tracked the increases over the years, and it’s gotten very busy.”

Chesser said it took about two years to complete the design phase of the project. Despite weather-related delays due to the freezing temperatures caused by Winter Storm Uri in February, Chesser said the project was completed on schedule.

The city broke ground on the project last summer.

Along with the new connector road, the project also included the planting of more than 150 native hardwood trees. Cheeser said Bald Cypress, Live Oak and Mexican Sycamore are among those best suited to thrive in the environment along the Brazos River.

“We try to have a variety of types of trees,” Chesser said. “It creates a healthier environment to have diversity among the types of trees.”

Of those 150 trees, city staff transplanted more than 60 mature trees from a nearby drainage project without additional costs to taxpayers, which Chesser said is a benefit for visitors and the surrounding wildlife.

In addition, nonprofit Keep Sugar Land Beautiful — with support from the Eason-Joseph family — donated and planted 30 native hardwoods along the trail.

New wildflower seeds were also planted, including Texas staples like Bluebonnets and the orange-hued Indian Paintbrush, as well as Black-Eyed Susan, a yellow-petal flower native to Maryland.

Other features of the project were a concrete trail, a low-water crossing and irrigation and lighting.

“We’re trying to keep the park as natural as possible,” Chesser said, “and have a minimal amount of developmental impact.”

For more information about the city’s parks, projects and programs, contact Sugar Land Parks and Recreation (SLPR) at 281- 275-2825 or visit www.sugarlandtx.gov/parks.