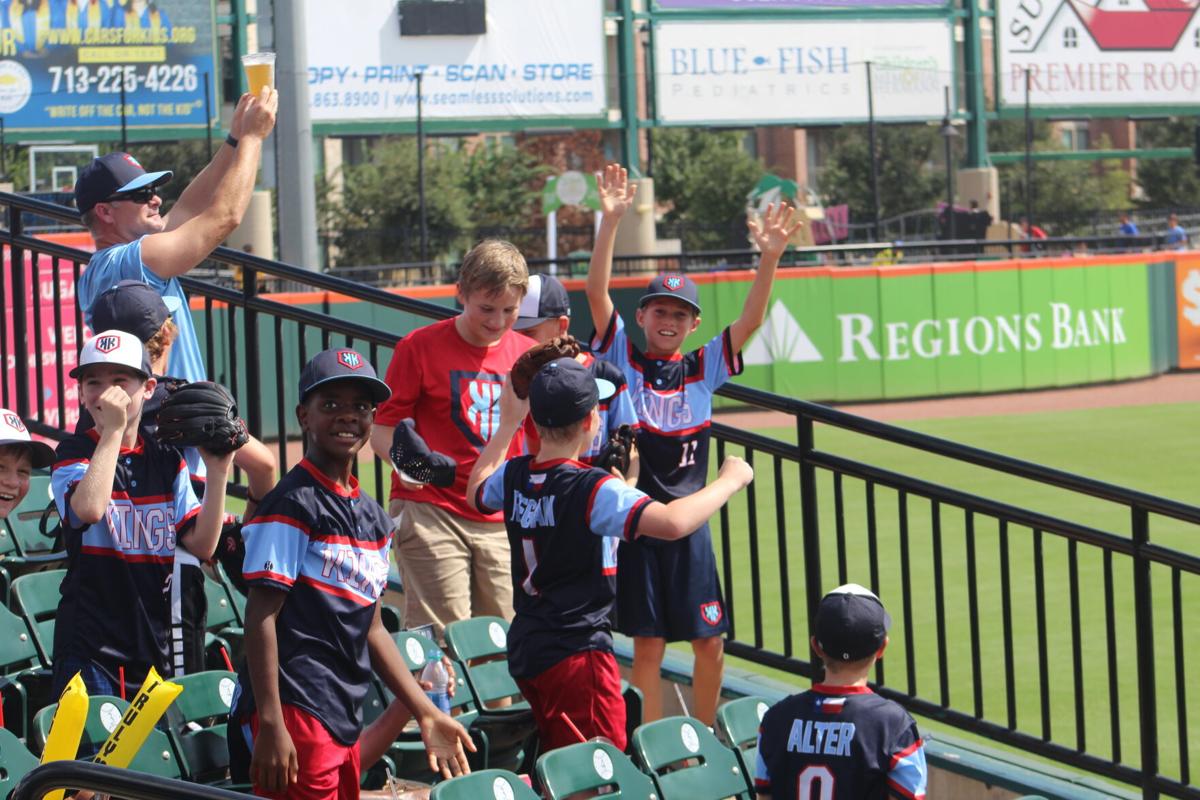 Young fans wave for the video board at Constellation Field last Sunday during the Sugar Land Skeeters' season finale. (Photo by Landan Kuhlmann) 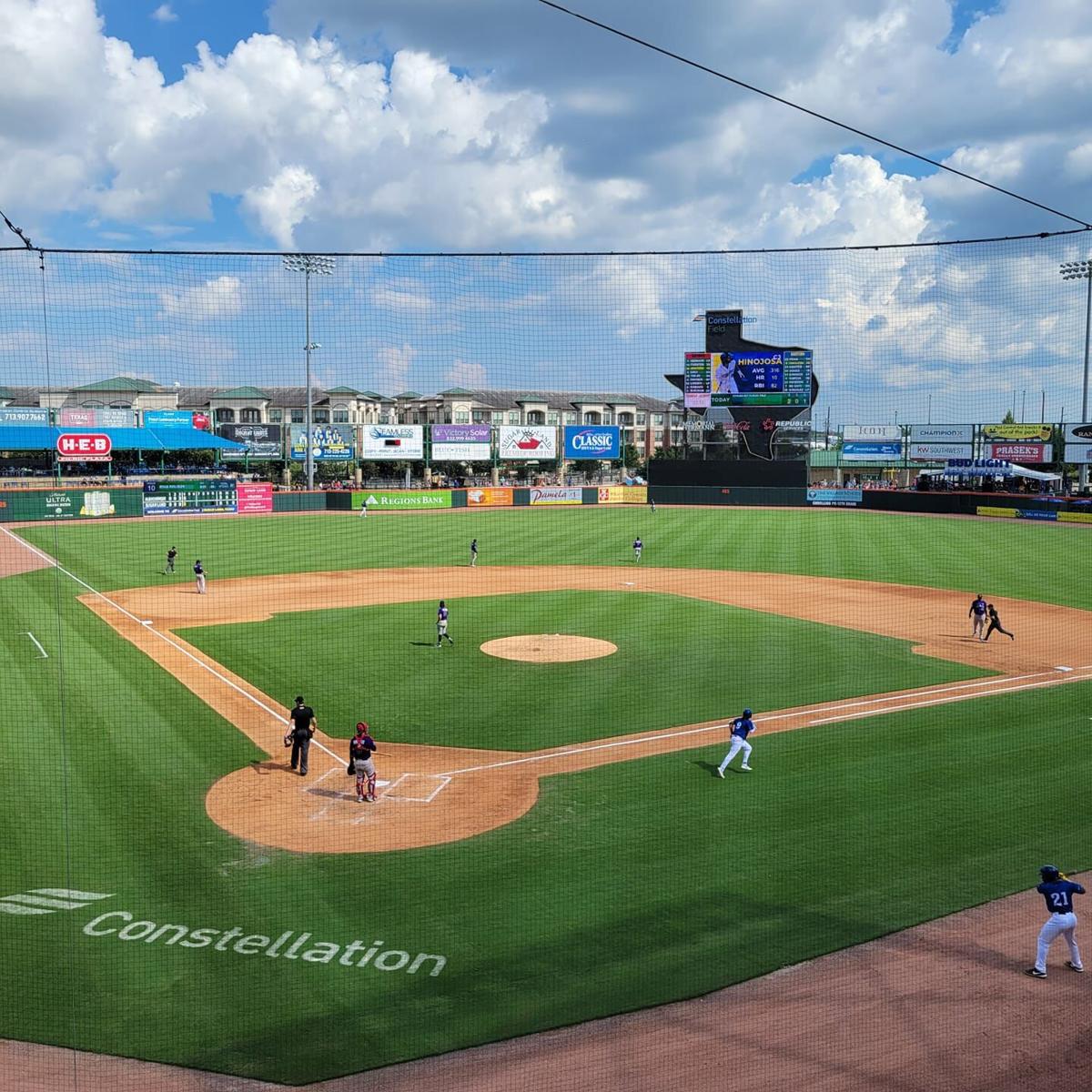 Young fans wave for the video board at Constellation Field last Sunday during the Sugar Land Skeeters' season finale. (Photo by Landan Kuhlmann)

As early as 2008, when civic leaders in Sugar Land first envisioned constructing a minor league baseball stadium in Fort Bend County, the long distant dream was to one day lure a Triple-A baseball team to town.

Fast forward to 2021, and the Sugar Land Skeeters are coming off their first season as the Houston Astros’ Triple-A affiliate after playing for nine years as an independent franchise. The long-simmering dream is reality.

But what has the effort meant for the economic wellbeing of residents and fans in Fort Bend County? The answer, it seems, is complicated.

“I would say that we’re all very happy, considering the vision was for it to one day be a Triple-A affiliate stadium,” said Devon Rodriguez, the assistant director of economic development for the city of Sugar Land, of Constellation Field. “We’ve achieved that. From a city standpoint, it’s been a great success.”

Tyler Stamm, the general manager for the Sugar Land Skeeters, declined a request for an interview about the economic impact the team has had in Sugar Land.

However, an economic expert had questions about the specific benefits the team has had since Sugar Land first began investing in the idea years ago.

“It’s hard to say that a Triple-A team in an already-growing area is going to have an appreciable effect on sales tax revenues,” said Robert Stein, the Lena Gohlman Fox professor of political science at Rice University. “Especially since it’s not a year-round endeavor.”

Minor league baseball can have positive effects in a community and generate sales tax revenues, but it’s important to recognize the importance of measuring the real costs and benefits of such a project, Stein said.

“There are also costs to building a stadium, and we’re not just talking capital costs,” he said. “But traffic, and roads and infrastructure demands.”

Sugar Land initially invested about $30 million, with a partner contributing another $6 million to build Constellation Field, Rodriguez said. The city’s portion of that investment came via the 4B Corp., which receives money via sales tax that can only be used for tourism and entertainment facilities infrastructure and improvements.

At the time of that investment, the city commissioned a feasibility study before construction began that estimated an independent minor league baseball team would generate about $5.6 million per year in direct and indirect benefits for Sugar Land, with the possibility of generating up to $7.7 million per year if it became a Triple-A team, Rodriguez said.

City leaders at the time said they hoped Constellation Field would generate ancillary development nearby the stadium, but it's not clear whether that development ever materialized.

The city’s agreement with the team stipulates that the Skeeters lease Constellation Field from the city and operate and maintain it, Rodriguez said. So, the city doesn’t have to pay annual maintenance costs.

But the city recently agreed to an additional investment of about $10 million for player and fan experience improvements as part of the move to Triple-A baseball – a cost that will be phased across several years, she said.

City officials have not conducted a more recent economic impact analysis, Rodriguez said. But the city considers the project a success.

Constellation Field first opened in 2012. It has a capacity of about 7,500 for baseball games and has hosted concerts over the years.

Stein, however, isn’t sure that the city wouldn’t be better off if it had built more residential homes that could produce additional property tax revenues, he said.

“I might be willing to believe it’s a good thing, but I’d want to know more specifics about the sales tax revenues the Skeeters generate,” he said.

Because Fort Bend County and Sugar Land have both grown exponentially in recent years, it would take more specific economic analysis to really determine the impact the Skeeters specifically have had on sales tax revenues, he said.

“The multipliers tend to be exaggerated,” he said. “What happens if there had been no stadium? Fort Bend County is growing, which would mean you’d have more sales tax revenues.”

The coronavirus pandemic has only further complicated economic analyses of the Skeeters’ time as a Triple-A affiliate, though some of the initial numbers haven’t been unanimously positive.

The Skeeters averaged roughly 3,255 fans per game at 65 home games this year at Constellation Field, according to Baseball Reference’s online database. It was the lowest attendance among the 10 teams in Triple-A West, and down from the 4,482 during their final season in the Atlantic League in 2019.

But Rodriguez said the city is impressed with the efforts the team has made during the pandemic, and that they’re optimistic about the future.

“We’ve had a wonderful partnership with them,” she said.