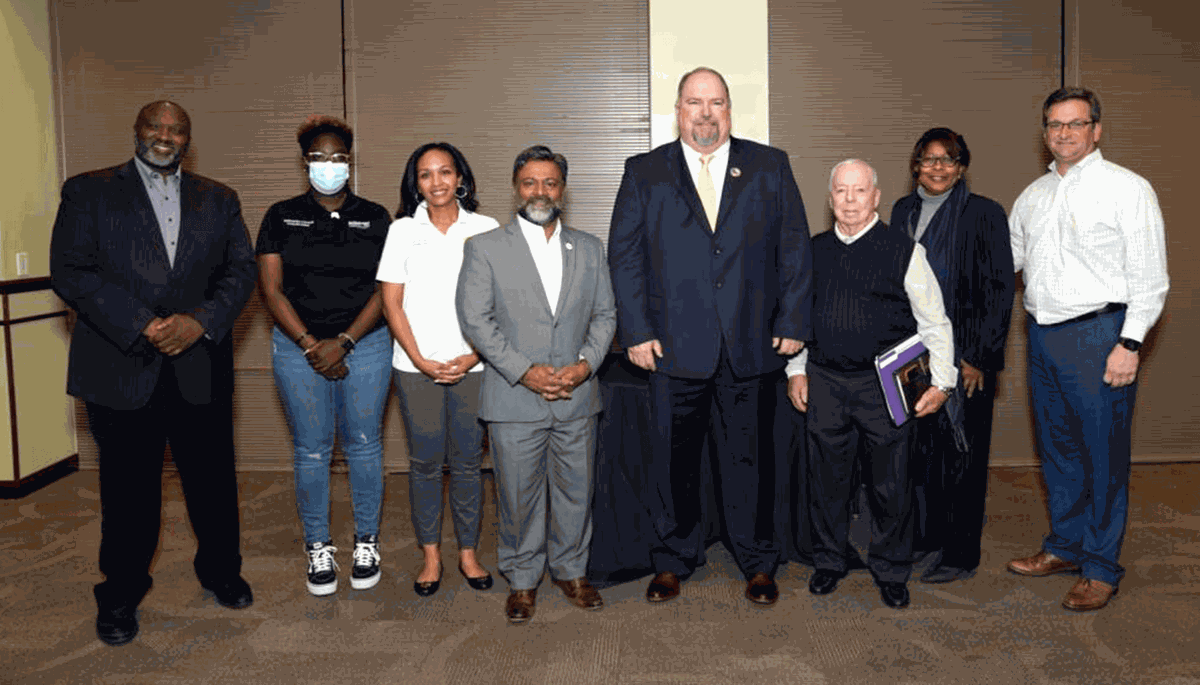 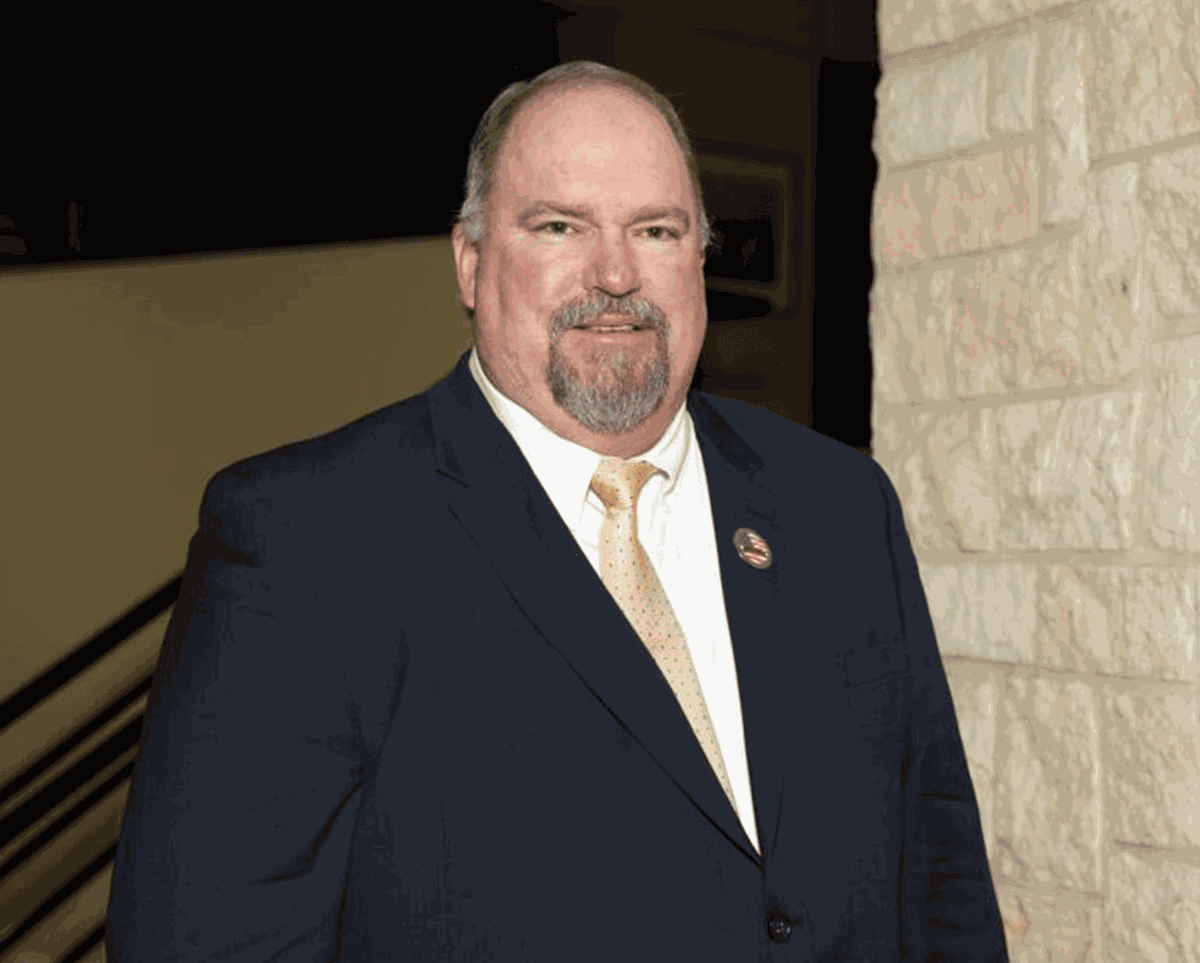 When Charles “Tink” Jackson looked at the possibility of becoming Missouri City’s new city manager, all he could see was the city’s growth potential and a stable and cooperative city council willing to work together to make the city better, he said.

And, after a monthslong search to fill the opening, the city council apparently saw much the same in the veteran city administrator.

The city council last week unanimously approved hiring Jackson as the city’s next administrative leader, bringing an end to a search that began shortly after then-city manager Odis Jones was fired in a 5-2 vote in April.

“I believe this will be something that’s right for the city of Missouri City,” Mayor Robin Elackatt said in a news release from the city after the council’s decision.

Jackson also said he was excited to get started, and planned to spend the first few weeks getting to know staff.

"I was humbled and honored to be selected a semifinalist, and even more honored to be a finalist," he said. "And I'm blessed to be the one picked."

But even as members of the council and Jackson spoke positively about the move, and their hope for the city moving forward, the decision, and especially the process the council went through to reach that decision, weren’t met with unanimous acclaim.

“I don’t even know where this person is coming from,” said Noel Pinnock, a Missouri City resident. “A lot of that information was close-lipped. And it’s not fair to residents to have a close-lipped process for hiring someone who will have a direct impact on their quality of life, not just to residents but businesses as well.”

The city manager spot in Missouri City in recent years has been a revolving door. Before Jones’ firing, the council also ousted Anthony Snipes from the position in February 2020 in a 4-3 vote. Bill Atkinson had been serving as the city’s interim city manager during the search that led to Jackson’s hiring.

Given all of that, it was important that the council get the decision right and led to the monthslong search to find the city’s next administrative leader, Elackatt said.

“This extensive process is what the community expected from their elected officials,” Elackatt said.

But some residents, like Pinnock, criticized the process as not really transparent, citing the fact that the council didn’t share details about the search prior to whittling it down to two finalists.

“I didn’t attend the meet and greet because I thought it was useless,” Pinnock said. “Why would I go if you all already have made a decision?”

The Fort Bend Star reached out to Elackatt after the council’s decision and requested a phone interview several times last week, seeking more information about the process that led to the vote. Elackatt, after declining a phone interview, eventually agreed to respond to written questions.

In response to questions about what made Jackson stand out above the other candidates, Elackatt referred to statements he made in a news release about the hiring.

Jackson arrives in Missouri City most recently from the same post at the city of La Marque, which sits in the middle part of Galveston County.

Jackson, who served in the role there since 2019, resigned in July, shortly after the city council met for hours in an executive session to discuss whether to fire the city manager, according to the Galveston County Daily News.

Residents in La Marque cited the city’s handling of a December 2020 police shooting that killed Joshua Feast, a 22-year-old Black man, among the reasons calling for his firing, according to the article.

Residents who spoke at the La Marque council meeting also criticized Jackson for regularly failing to respond to emails and phone calls as well as his management decisions, such as hiring two additional assistants, according to the article.

Elackatt, in response to a question about whether or not the council considered Jackson’s exit from La Marque in hiring him, declined to answer it directly.

“I appreciate your question/concern,” he said. “This council has diligently deliberated on various candidates and has determined that Mr. Jackson is the best fit for our city at this time. The council is focusing on the future with Mr. Jackson, and hopes that everyone will do the same.”

Jackson spoke in glowing terms about his hopes for the city moving forward and his plans to stabilize city administration after years of turnover.

“There’s tremendous potential here, between the staff and talent and the opportunities for growth and development,” he said. “Where some of the other cities around here have become landlocked and have no room to grow, Missouri City has lots of room to grow.”

The current council also seems determined to gel and bring stability to the city after manager turnover in recent years, Jackson said.

“They know how important stability in administration is,” he said. “That’s one thing we talked about during the interview process. You have to have stability for citizens and developers. They need to know when they start a project, the same people are going to be there at the end.”

Jackson also said he hoped to spend his first weeks on the job reassuring staff moving forward, he said.

“For staff, you have that roller coaster in and out the door, when every time someone comes in, that person doesn’t know what you’ve been doing, that puts a lot of stress on staff,” he said. “I’ve already spent time with the staff, reassuring them that if they are working hard, they have nothing to worry about.”

At the time Jackson resigned from the city manager spot in La Marque, he was earning $132,000 per year, according to the Galveston Daily News.

The Missouri City council late Monday signed off on a finalized contract with Jackson, under which he will earn a yearly salary of about $210,000, in addition to a $600 per month vehicle allowance and a $90 per month phone allowance, according to public documents.

Jackson’s contract with Missouri City includes a provision that, if the council terminates his job after 90 days of employment, he will receive a severance package equal to six months of aggregate salary, which is based on his base salary combined with his medical premium and retirement benefits, according to the contract.

About 70 people submitted applications to be considered for the city manager opening, according to the city. The council eventually narrowed that list down to eight finalists – the names of which the city is still seeking to withhold from the public as of Monday afternoon, with the Fort Bend Star having asked for the finalists' names in an open records request submitted Oct. 19.

Jackson was one of two finalists – the other being Lionel Lyons, a former deputy city manager for Petersburg, Virginia – who was publicly unveiled one day before the council voted to hire Jackson.

“I am both honored and humbled to have been selected as the ninth city manager for the city of Missouri City,” Jackson said. “There is so much potential (here), and that starts with the people. I am so excited to get started and do my part to make Missouri City all that it can be.”