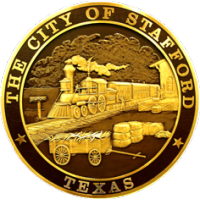 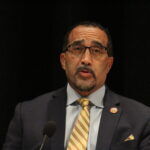 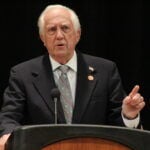 The 2020 election cycle has been particularly trying for Stafford voters.

The economic effects of the COVID-19 pandemic coupled with the loss of widely beloved longtime Mayor Leonard Scarcella has been on the minds of many residents, including Councilman Cecil Willis, a candidate opposing former council member AJ Honore to succeed Scarcella.

The runoff election, the first of its kind in the city’s history, is scheduled for Saturday.

Honore got the most votes in the Nov. 3 general election, with 2,138, or 38 percent, to Willis’ 1,847 votes, or 33 percent. The remaining 28 percent of the votes went to Councilman and Mayor Pro Tempore Wen Guerra (1,138) and Jim Narvios (491), and it remains to be seen how their supporters will influence the outcome of the runoff.

“Stafford got hit with a double whammy,” Willis said. “I mean, COVID is bad enough by itself. But Mayor Scarcella passing away in the midst of it just added another degree of uncertainty.”

Willis said despite the challenges the pandemic has presented, this campaign has been more enthusiastic than any he’s ever been a part of.

“People this time have come to my house and driven up my driveway, knocked on my door and asked for a sign or asked, ‘What can we do to help you?’ And that has never, ever happened before,” Willis said. “And it’s all different sections of the city. And it’s just a true mixture of the people of Stafford. It is really, truly gratifying and humbling, to me, it’s very touching.”

Honore said it was important to educate voters about the election format and the need to obtain at least 50 percent of the vote total to avoid a runoff.

“I think voters understand the responsibility of coming back out a second time and participating in our democracy.” Honore said. “And they don’t consider it to be an inconvenience. But, you know, some of them aren’t even aware that there was a runoff. So our efforts have been trying to educate voters around the fact that it’s not the way it used to be in Stafford where it was plurality voting. And whoever had the most votes wins with no runoff.”

Willis has 36 years of experience in public service, including serving as Stafford’s representative to the Houston-Galveston Area Council, vice chairman of the Fort Bend County Mayor/Council Association and is currently the chairman of the Stafford Parks Committee.

Willis has been publicly endorsed by fellow councilmembers Alice Chen, Ken Mathew and Virginia Rosas. He has also received public statements of support from Adam Sanchez and Clint Mendonca, who were candidates for city council and Stafford MSD’s Board of Trustees, respectively. SMSD Trustees Ash Hamirani and Manuel Hinojosa have also endorsed Willis.

Honore is a financial executive and former vice president at JP Morgan Chase. During his time on city council, he created the Stafford Convention and Visitors Bureau, the city’s Energy Committee and led an overhaul of the city’s Human Resources Department.

Both candidates have branded themselves as fiscal hawks with an emphasis on balancing budgets.

Honore said the key to stabilizing the city’s budget is finding new revenue sources via the city’s retail sales tax.

“The most important thing is to stabilize our budget,” Honore said. “And to create a zero base operating budget, where that our revenues are balanced with our expenses, and that we’re not spending more than what we’re bringing in. And that’s economic development. Economic development really is the key to the direction we need to take immediately. And that will be the focus of my administration from day one, because we can’t do the other things unless we stabilize our budget.”

Willis said his top priority will be to curtail spending. He said the city was eligible for $800,000 in CARES Act-related requirements, from sanitizing buildings to paying salaries of first responders on the front lines of caring for COVID-19 patients. Willis said the city has received $250,000 of those reimbursements thus far.

“The absolute one thing we’ve got to do for the remainder of this budget year is watch our spending,” Willis said. “Because we have to rebuild that fund balance that has been drawn down over the past four years. And we’ve got to have some reserve funds to stave off any other event (like COVID-19) that may happen.”