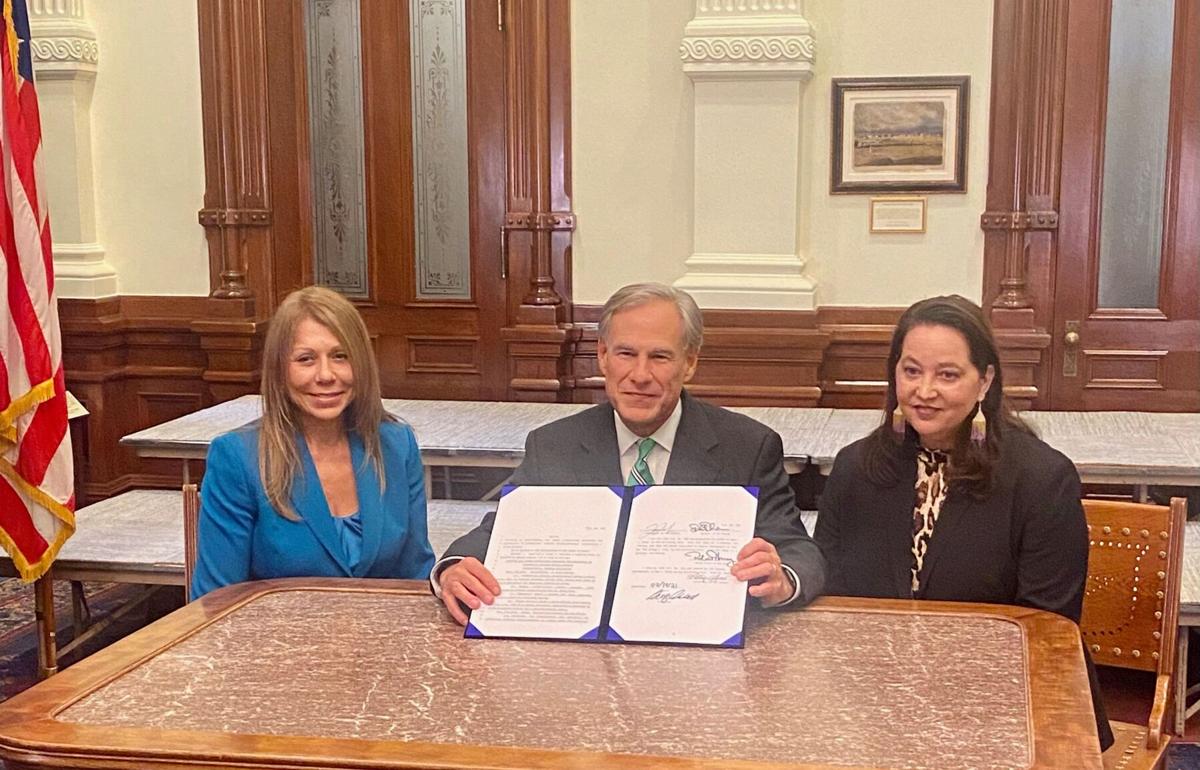 Rhonda Kuykendall, right, sits alongside Texas Gov. Greg Abbott and state Sen. Joan Huffman at a recent bill signing. Kuykendall has been named the Star of the Year. 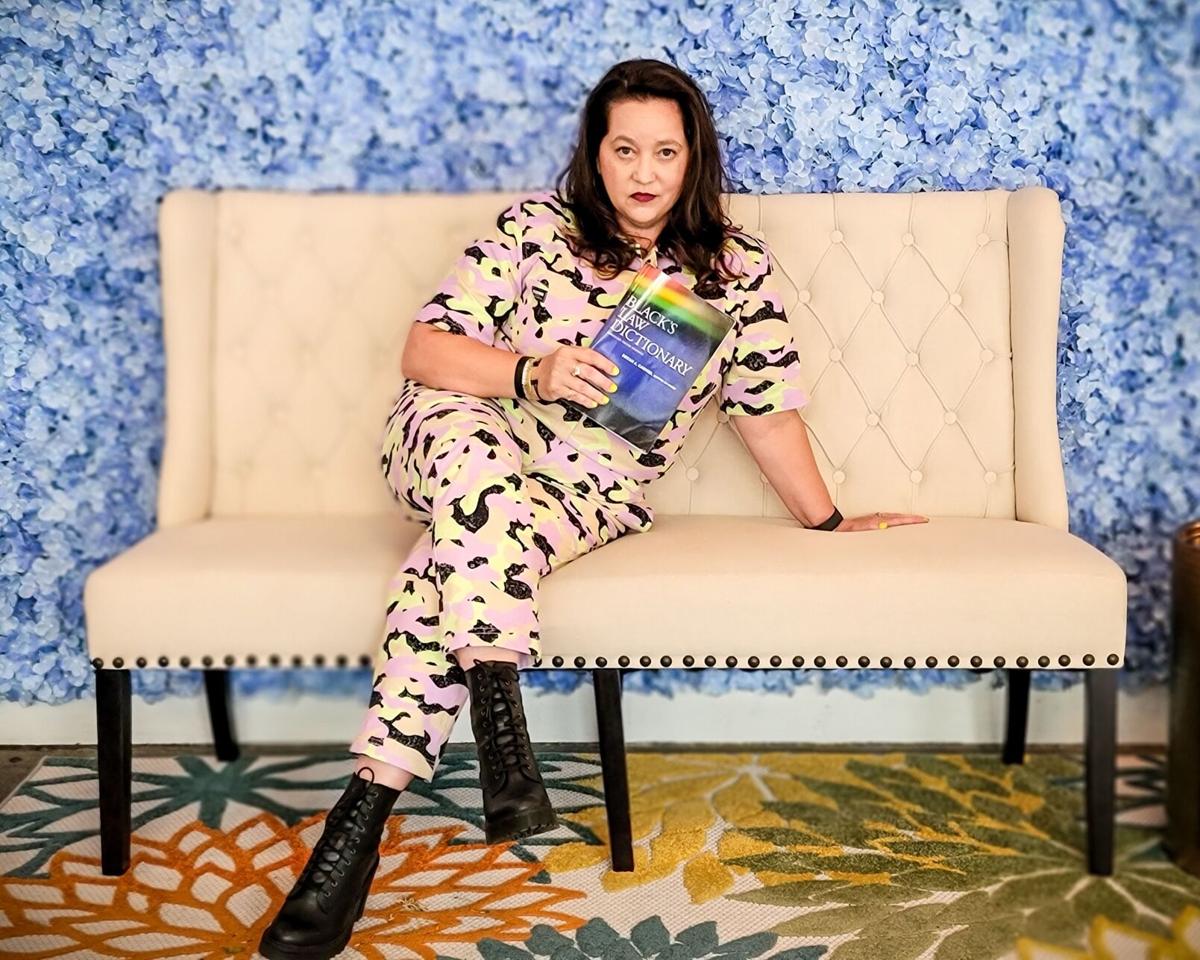 Rhonda Kuykendall, right, sits alongside Texas Gov. Greg Abbott and state Sen. Joan Huffman at a recent bill signing. Kuykendall has been named the Star of the Year.

In the eyes of those who’ve worked closely alongside Fulshear resident Rhonda Kuykendall, it’s her dedication and perseverance that most stand out to them.

She has the ability to withstand disappointment and convince others to pass legislation to help victims of child sex trafficking, according to David Lanagan, who serves alongside Kuykendall with the Child Advocates of Fort Bend.

Kuykendall has been named the Fort Bend Star’s Star of the Year for her work with the Child Advocates of Fort Bend, the Fort Bend County District Attorney’s Office’s Human Trafficking Team and with Texas Court Appointed Special Advocates (CASA), among other organizations.

“She’s more than deserving of the honor,” Lanagan said.

Kuykendall, 51, has spent the bulk of her life living in Fort Bend County, she said. That’s how she knows firsthand that children are being victimized in sex trafficking, because she herself was when she was 10, she said.

“There’s a lot of misinformation out there,” she said. “People don’t realize it’s always been here, in Fort Bend County, and Harris County, and all over the world since the beginning of time.”

The U.S. Department of Justice defines child sex trafficking as the recruitment, harboring, transportation or solicitation of a minor for a commercial sex act.

Many victims of human trafficking don’t realize they have been victimized, she said. Because of the way it happens, people believe it’s their own fault, and victims usually have a lot of guilt and shame about it, she said.

After being trafficked in 1981, Kuykendall took years to come to grips with what had happened and, in 2003, decided to track down the man who had trafficked her – finding him in prison, Kuykendall said.

“I decided I was going to try to press charges, but learned the statute of limitations had passed,” she said.

Learning that children, many of whom like Kuykendall would take years to deal with the aftereffects of abuse, would be limited by a statute of limitations led to Kuykendall’s first foray into advocating on behalf of abused children in Fort Bend County.

In 2007, Kuykendall’s efforts would bear fruit when then-Gov. Rick Perry signed House Bill 8, also known as Jessica’s Law. The bill, which was named after a Florida girl who was kidnapped, raped and murdered by a convicted sex offender, included a wide swath of harsher penalties for those found guilty of sexual crimes targeting children.

Kuykendall’s lobbying efforts resulted in legislators including a provision in the law lengthening the statute of limitation for some charges, and eliminating them altogether for others.

“It was the fact that we had evidence still around, but couldn’t do anything about it because of the statute of limitations,” Kuykendall said.

But reaching that point, of watching as Perry signed the bill, only came after five years of lobbying and two legislative sessions, she said.

Kuykendall’s husband, Tommy, was serving as Fulshear’s mayor at the time, and helped her with every avenue he could, she said.

“I’m not sure he understands how empowering that was,” she said. “He was never ashamed of me, and it helps me learn I didn’t have anything to be ashamed of.”

Kuykendall spent the next several years after the 2007 bill raising children and spending time with her family, she said.

But Child Advocates of Fort Bend in 2013 invited Kuykendall to their gala to honor her – thereby igniting a passion for volunteering that has only grown with years.

“There were things said publicly at that event that my kids didn’t even know,” she said.

Kuykendall was impressed with the work of the organization because they had filled a hole that existed when she’d been trafficked – it provided a voice and a place to listen for children who might otherwise have fallen through the cracks, she said.

And so Kuykendall began to volunteer.

“I joined CASA first and worked on cases and it escalated from there,” she said.

Even before joining the Child Advocates of Fort Bend’s board, organization leaders asked Kuykendall to lead the group’s legislation action team, she said.

“That has really been my safe space,” she said. “Getting to work to change laws has been very impactful to me. It’s very clinical. I’ve learned how to work in the legislature with everyone, regardless of party.”

Having followed her work with Child Advocates and CASA, Fort Bend District Attorney Brian Middleton in 2019 invited Kuykendall to be on his office’s human trafficking team, she said.

“I was the last member added,” she said. “But then the chair quit, and I was put in as chair.”

Kuykendall’s work over the next year-and-a-half with the trafficking team led Gov. Greg Abbott’s team to reach out and offer her a role as a CASA anti-child trafficking consultant – Kuykendall’s first paid role in the field, she said.

Kuykendall is coming off of a Texas Legislative session in which she helped steer at least eight bills through to passage connected to her work against trafficking.

The list includes one bill that makes Texas the first state where it’s a state jail felony to buy sex, and another, House Bill 390, that requires more training about sex trafficking for commercial lodging establishments. Abbott invited Kuykendall to join for the signing of HB 390, she said.

“I realize today that it’s not so much luck that brought me to this point as that one event has given me the expertise to accomplish the next thing,” she said.

Both of Kuykendall’s children are grown and out of the house, so she has no plans to slow down her volunteering efforts, she said. And Kuykendall is also working to complete her bachelor’s degree in social work, she said.