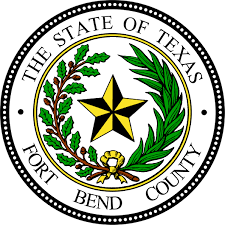 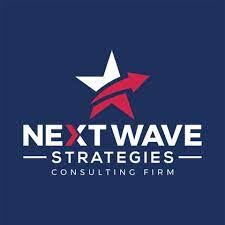 The measure passed in a divided 3-2 vote, and a divided group of residents took more than 30 minutes early in the meeting to speak against or in favor of the decision.

“I question why we need to spend $345,000 on this particular effort, since we’re already doing an outstanding job,” said Precinct 3 Commissioner Andy Meyers, before voting in opposition. “And it’s my personal policy not to vote to give money to a firm that is a political operative.”

The July 13 vote and the controversy surrounding it, in many ways, speaks to the bitterly divided politics that have emerged, both in Fort Bend County and across the country, during the pandemic.

The firm in question, NextWave Strategies, is a Houston-based consulting firm that has worked with Harris County on vaccine outreach, but also has a history of consulting on political campaigns, according to the company’s social media pages.

The measure passed on party lines, with County Judge KP George and commissioners Ken DeMerchant and Grady Prestage voting in favor of it, with commissioners Meyers and Vincent Morales opposed.

The county’s health department actually made the recommendation to hire the firm, arguing it has a history of success reaching out to communities and people that might have a lack of information about the vaccine.

While Fort Bend County has a high vaccination rate, it’s important to keep pushing those numbers up, George argued.

The $345,000 contract will cover a 12-month project with NextWave Strategies, under which the firm will conduct market research and data analysis on vaccinations and oversee a communication and outreach campaign to provide information about the vaccine, using everything from direct mail and flyer distribution to in-person outreach, according to the proposal.

The firm will also monitor why people are hesitant to receive the vaccine, according to the proposal.

The county already leads most counties in Texas in the percent of its population that has received the coronavirus vaccine.

Even though some 65 percent of the county’s population is fully vaccinated, about 35 percent is not, George argued. That translates to about 200,000 people.

Five Fort Bend County residents, however, spoke before the vote against the measure, citing statistics of unknown origin about the vaccine’s alleged issues, and questioning whether this was a case of government overreach.

Calls to NextWave Strategies seeking comment about the controversy went unreturned as of Friday afternoon.

“I’m not anti-vax at all,” said Rebecca Clark, one of the people to speak against the contract. “I’ve had all the others. But I’m hesitant. I trust the evidence and science.”

Residents in particular seemed to take issue with the idea that someone might go door-to-door asking them if they’ve had the vaccine.

But there were also those supportive of the county’s efforts to provide extra access for residents that might not be as well-informed about how to receive a vaccine.

“Every person in this room has the right to refuse a vaccine,” said Will Starkweather, the senior pastor at St. Martin’s Lutheran Church in Sugar Land. “But we also have a responsibility to our neighbors, and those who do not have the same access and information.”