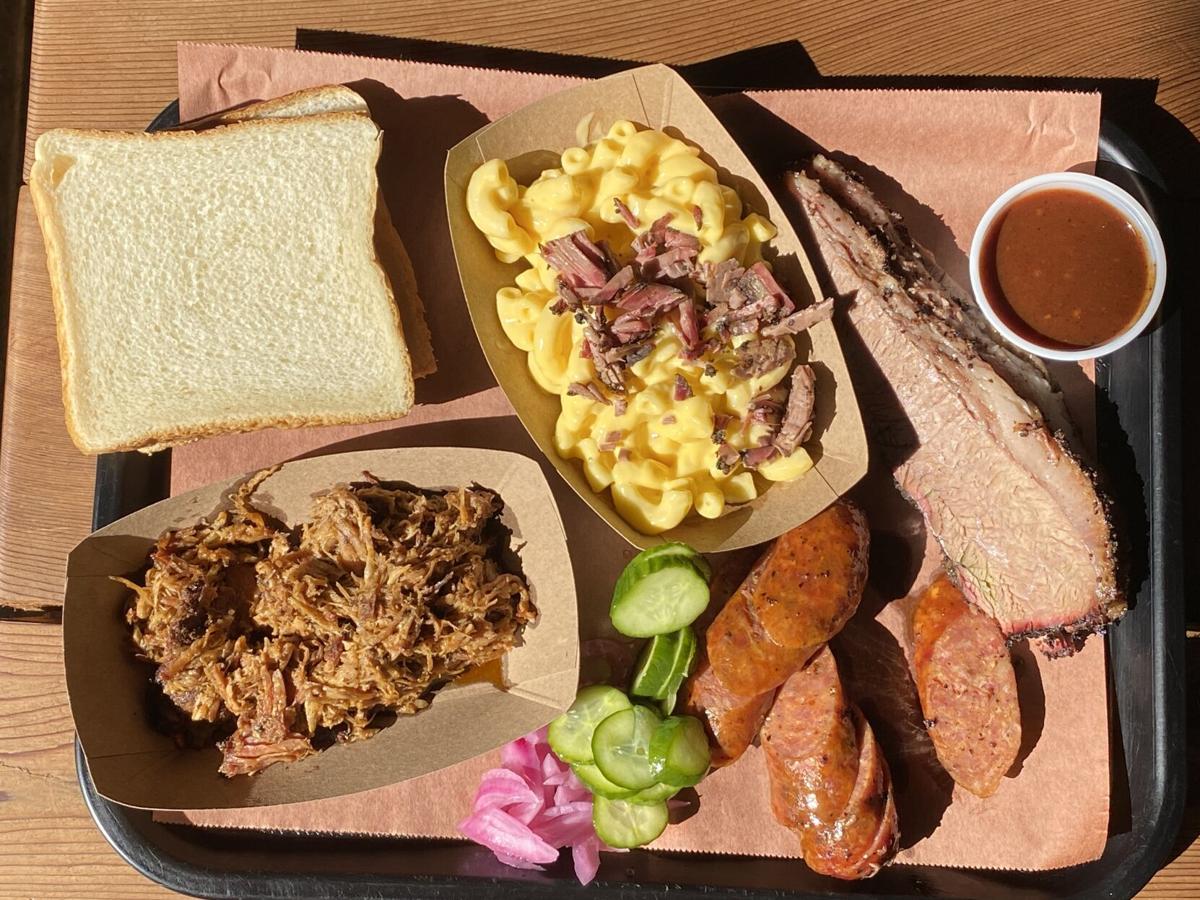 Pictured is the brisket, chipotle sausage, pulled pork and mac and cheese from Harlem Road Texas BBQ in Richmond. (Photo by Stefan Modrich) 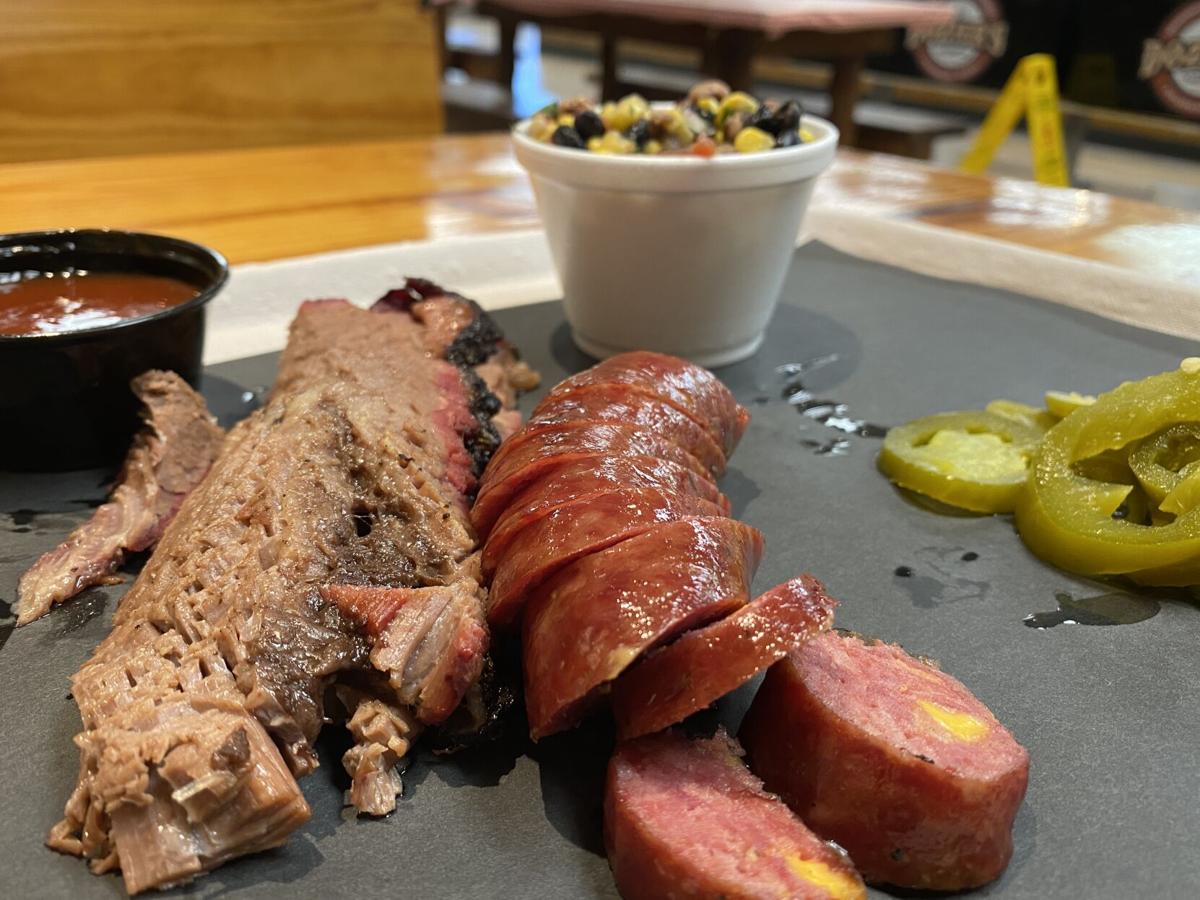 Pictured is the brisket, chipotle sausage, pulled pork and mac and cheese from Harlem Road Texas BBQ in Richmond. (Photo by Stefan Modrich)

When Houston pitmaster Jim Buchanan joined Dozier’s BBQ last year, he did so with the mission of turning the beloved Fulshear institution back into a contender for the acclaim of food writers and the prestige and recognition that comes with such praise in the Texas barbecue community

He and Ara Malekian of Harlem Road Texas BBQ in Richmond both did so in their own way when the two were acknowledged by Texas Monthly in the magazine’s list of “50 BBQ Honorable Mentions” published last week.

“It's really nice to be recognized for the effort that we put into the product that we're putting out,” Buchanan said. “It’s fantastic, especially for an institution that's been around as long as it has, it has never really received that kind of recognition.”

Malekian agreed, adding “it’s such an honor to be a part of (the Texas Monthly list.)”

The Harlem Road pitmaster said he's seen an uptick in business and customers who mention they read about him in the publication.

Dozier’s, 8222 FM 359, is a significant piece of Fort Bend County lore, having opened in 1957 and is treasured by locals and visitors across the Houston area and the state. But Dozier’s brought in Buchanan  — who proudly wears the label of nonconformist he said was given to him by the Houston Chronicle’s Greg Morago eight years ago — to bring the iconic restaurant up to speed with the rapidly-evolving world of modern barbecue.

“(Dozier’s) hadn’t really kept up with the current trends as far as what people are calling craft barbecue these days,” Buchanan said. “When I joined the team, there was an expectation amongst the community that we would bring Dozier’s back into the spotlight and start putting out a quality product that was consistent with or comparable to what the best places in the state were putting out.”

Last September, Jim Cummins and Steve Baur purchased Dozier’s from brothers Scott and Smedley Evans, who had owned the restaurant and market since 1985.

Buchanan said Dozier’s now uses five different smokers, including one used by the previous owners to cook brisket with pecan smoke, which has fallen out of fashion with many modern pitmasters but remains essential to traditional barbecue spots like Dozier’s.

The methodology is “similar” but also “a little more in depth,” Buchanan said of the new techniques he has employed as Dozier’s pitmaster.

“That's not meant as a knock on what Scott and Smedley were doing here,” Buchanan said. “They were doing what had been a time-honored practice in barbecue across the state of Texas.

But trends and techniques change, and so Buchanan chose to adapt the way he prepared meat at Dozier’s, including attention to the fine details like the quality of meat, the way it is trimmed and ultimately cooked.

“You're really paying attention to the level of doneness of the product before it comes off of the pit,” Buchanan said. “You're not cooking to a specific internal temperature of the meat, you're really cooking towards a level where the meat is fully cooked, and it might be different for every piece of meat that's on the pit.”

At the same time, Buchanan doesn’t want to compromise the time-honored feel of Dozier’s,

“You know, we're not, we're not trying to keep up with the cutting edge, where everybody wants to do new-school barbecue," he said. "We are who we are. We're a traditional barbecue joint and that's all we aspire to be.”

Malekian opened Harlem Road Texas BBQ in 2018, where he combines his Swiss classical culinary training with European and Middle Eastern influences and uses oak smoke and a cabinet smoker.

He said opening the location at 9823 Harlem Road in Richmond was “pure happenstance” and happened before Amazon, Academy and H-E-B expanded to the area.

Malekian said he experimented with different types of wood and different smokers before opening Harlem Road, eventually settling on the Pitmaker Vault.

“(It) produced the most consistent and most efficient way of smoking meats,” he said.

The Armenian chef is also famous in barbecue circles for his Armenian coffee, which he will make for any customer upon request, even though it is not on the menu. He does sell the beans, which are sourced locally by Katz Coffee Roasters in Houston.

He describes it as a “much lighter roast” and even uses the grounds in his barbecue sauce, and his chocolate bread pudding. He makes all of his desserts from scratch, he said.

Harlem Road, Malekian said, is one of the few places that cooks beef ribs every day. Doing things a bit differently has always been part of his charm. He said he appreciates that Latin-American and Asian flavors are being incorporated into the mosaic that is Texas barbecue,

“Everybody will always do the brisket and sausage,” Malekian said. “So that's never gonna go away. But pitmasters are now bringing part of their culture and their heritage into elevating the barbecue to the next level. Prior to it becoming so big, barbecue was taking the cheaper cuts of meat that were not so much in demand for other people and people who couldn't afford the better cuts smoking it for long periods of time to tenderize it. I think this is what the next evolution of barbecue is, that we all bring our heritage and our backgrounds.”

Buchanan said he considers Malekian to be a good friend, emblematic of his characterization of the barbecue community in Texas, which he said has developed a unique sense of camaraderie and family, using the hashtag #BarbecueFamily when visiting each other’s restaurants and posting about those visits on social media.

“There's a level of competition to it,” Buchanan said. “But we do what we do not because we're trying to become celebrities or because we're trying to get rich. We do it because we love what we're doing. Because we love barbecue. So everything that we do, and speaking generically, you know, for the barbecue community in Texas, is really intended to further the legacy of barbecue in the state.”

Pictured is the brisket, chipotle sausage, pulled pork and mac and cheese from Harlem Road Texas BBQ in Richmond. (Photo by Stefan Modrich).