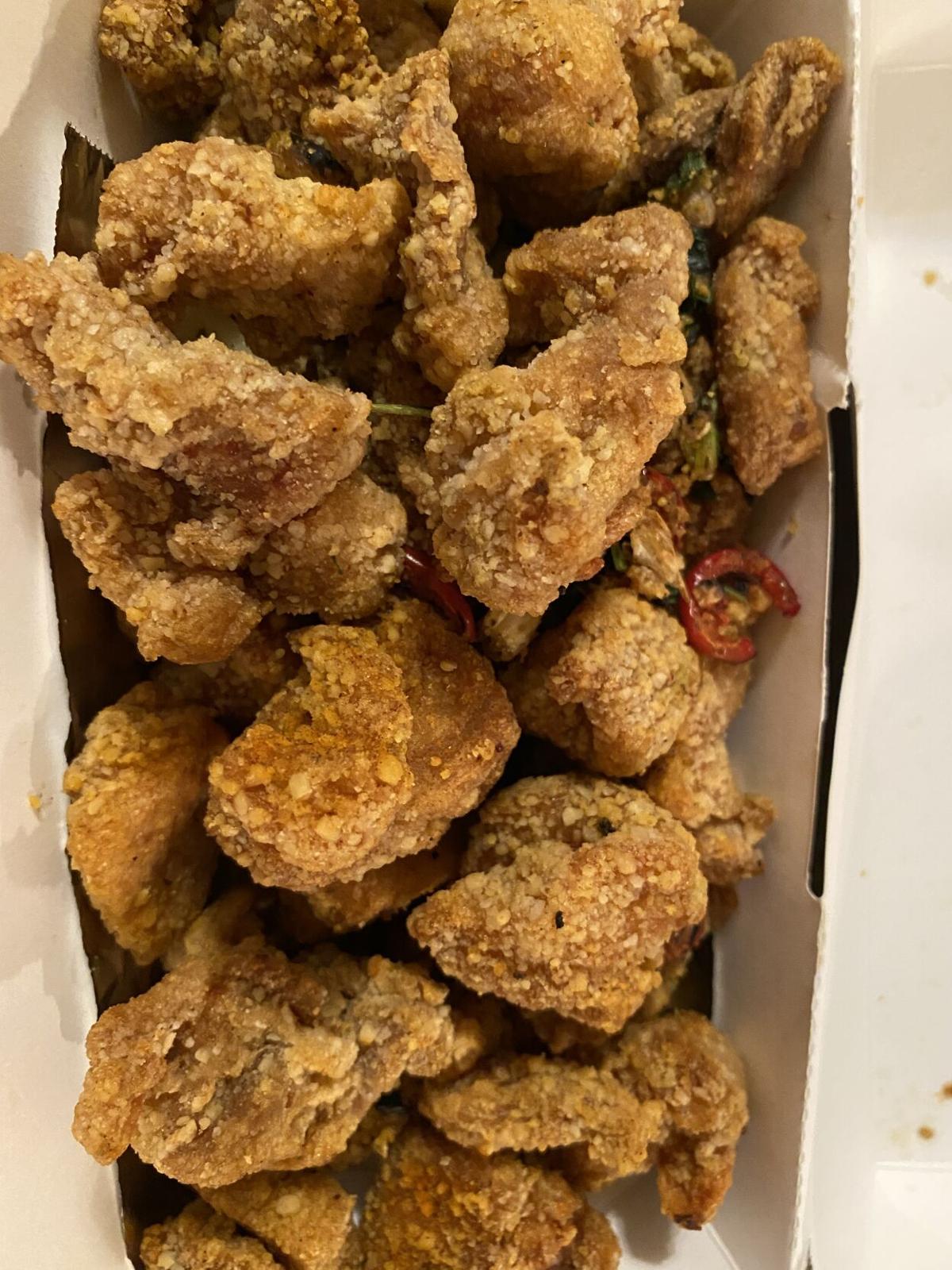 The popcorn chicken from Asia Blue is seasoned with plenty of garlic and served with a chili sauce for dipping. (Photo by Stefan Modrich) 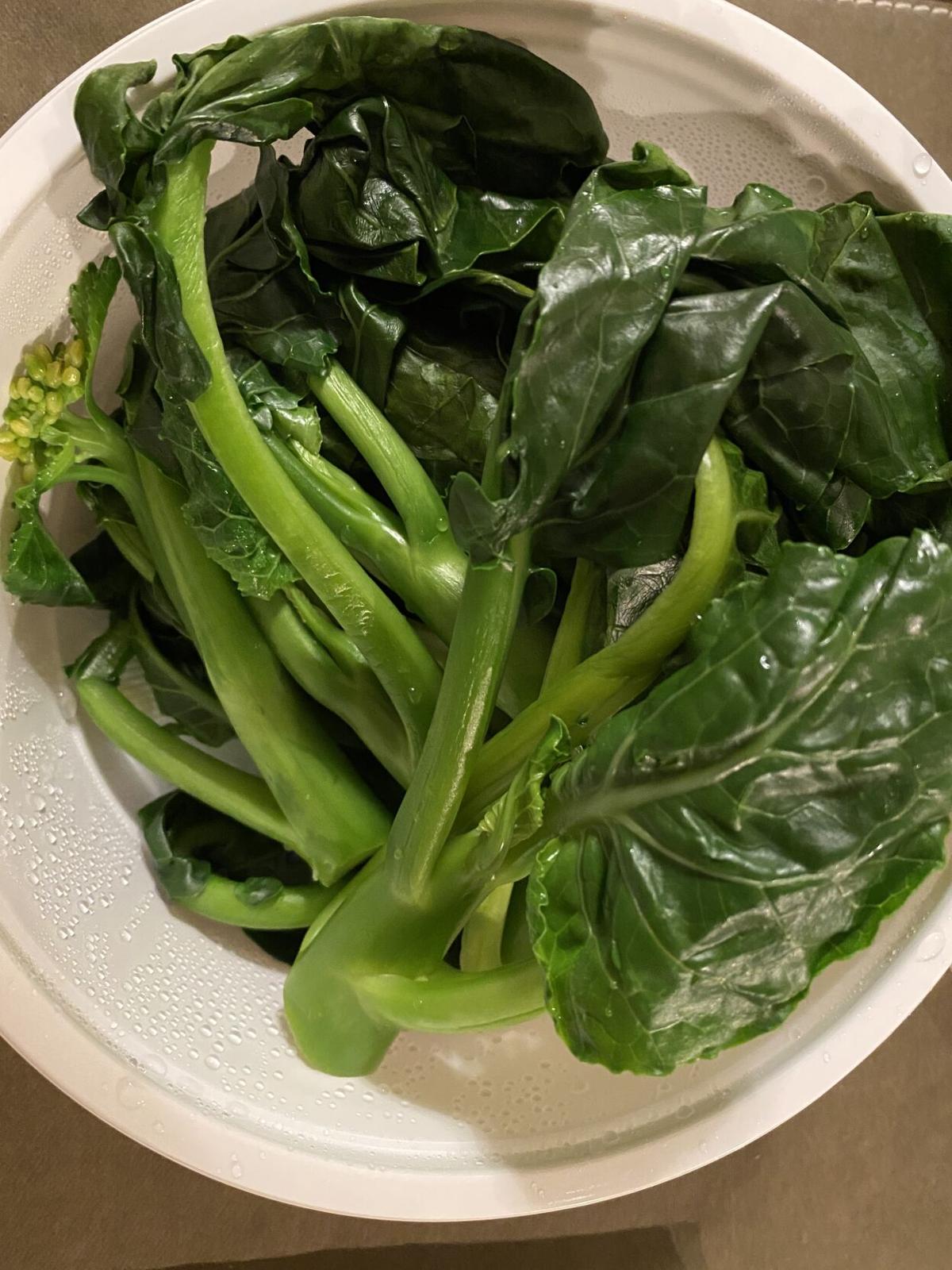 Pictured is the Chinese broccoli from Asia Blue. (Photo by Stefan Modrich) 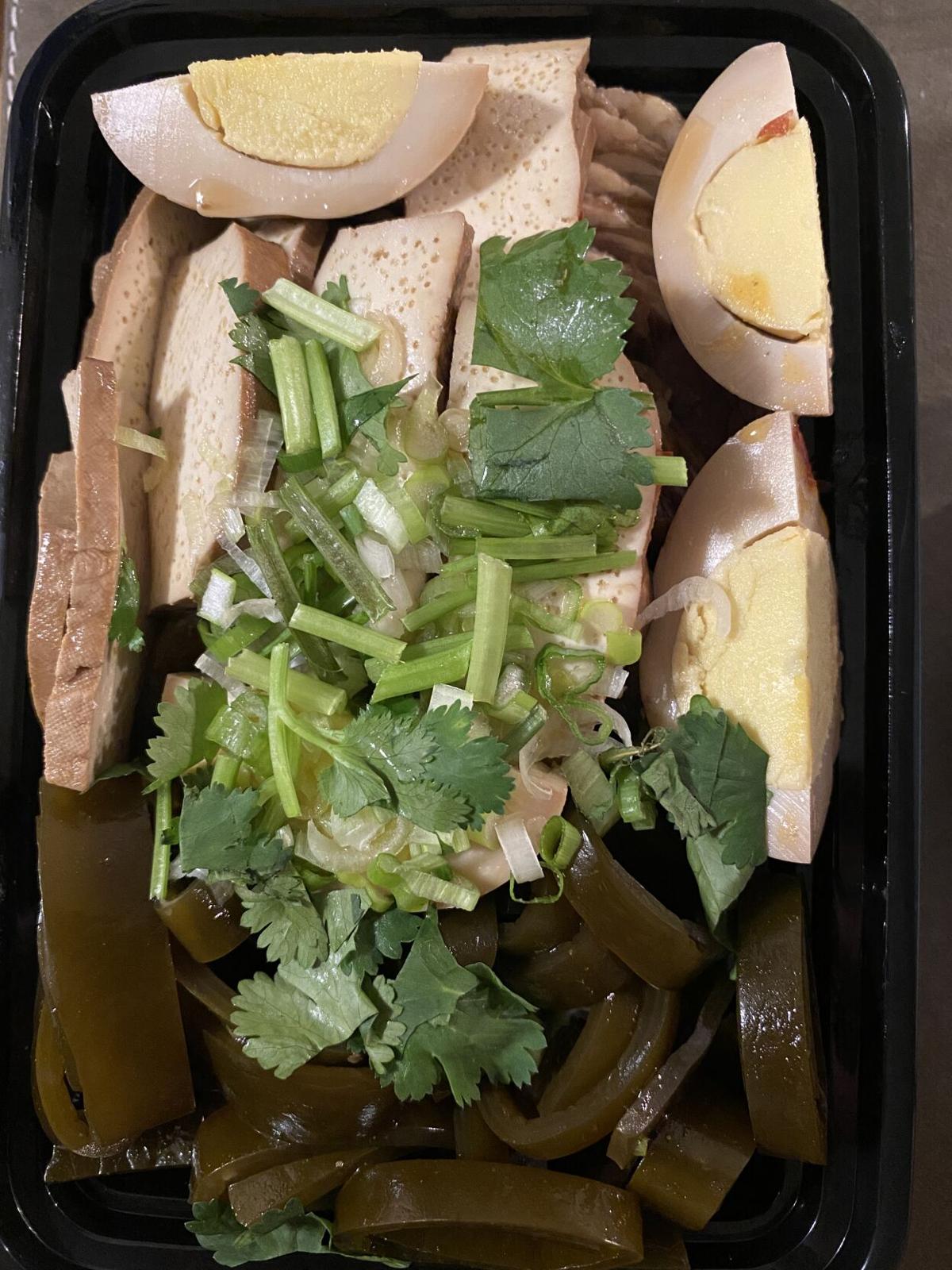 The popcorn chicken from Asia Blue is seasoned with plenty of garlic and served with a chili sauce for dipping. (Photo by Stefan Modrich)

Pictured is the Chinese broccoli from Asia Blue. (Photo by Stefan Modrich)

Much has been said in recent years about the century-long tradition of Jewish-Americans eating Chinese food during Christmas, when many other restaurants and businesses are closed.

The pool of people enjoying Chinese cuisine has never been completely limited to only those who are not partaking in the celebration of Christmas, however. And increasingly, people have begun incorporating various Chinese takeout dishes into their holiday meals.

Author Lillian Li once wrote that “Chinese restaurants have managed to become as culturally American as milk and cookies for Santa.”

In a nod to this trend and tradition, my first meal after spending Christmas with my family was prepared by Missouri City’s Asia Blue, an Asian fusion restaurant which opened in 2019. Asia Blue’s menu covers much of the continent, from Japanese and Korean options to Chinese, Taiwanese, Vietnamese and Thai classics.

According to the restaurant’s website, its name is in part a nod to Elvis Presley’s “Blue Christmas” song and Asia Blue aspires to be a beacon of hope for people who are feeling homesick or nostalgic for loved ones or places that are meaningful to them.

I ordered a sampling of popular Chinese appetizers, including the Chinese broccoli with oyster sauce ($5.95), salt and pepper popcorn chicken ($6.95) and a “four delicacy braised dish” ($8.95) containing beef brisket, a soy marinated egg, seaweed and bean curd, or tofu.

The Chinese broccoli was steamed and meant to be dipped into the oyster sauce, though I wouldn’t recommend the oyster sauce unless you have a very high tolerance for salt. The brown, syruplike sauce is not very fishy at all, but it has an earthy and very salty taste that I found to be overpowering.

The popcorn chicken was crunchy and flavorful. It was seasoned with plenty of garlic and made even better with a spicy chili pepper sauce that is speckled with dozens of chili seeds.

The most interesting way to experience a variety of flavors of Chinese cuisine was the latter of the three aforementioned dishes — the appetizer sampler with cold beef brisket, soy marinated egg, seaweed and bean curd, or tofu. I never thought I’d enjoy a brisket served cold, but its gelatinous texture is probably best appreciated this way. The savory, soy-marinated egg was hard-boiled and sliced into half-moon shapes. The seaweed slices had a similar look and taste to green beans.

Before trying Asia Blue, I had not had any good experiences with tofu. To my surprise, the fennel, star anise, cinnamon, pepper and cloves that make up the “five-spice beancurd” almost had a sweet flan or pudding-like flavor and texture, providing a sense of balance to an otherwise savory dish.

While it is disappointing that Asia Blue’s sleek dining space remains closed, I remain optimistic that the quality of its food served in person might eventually hold up much better than its current to-go fare.