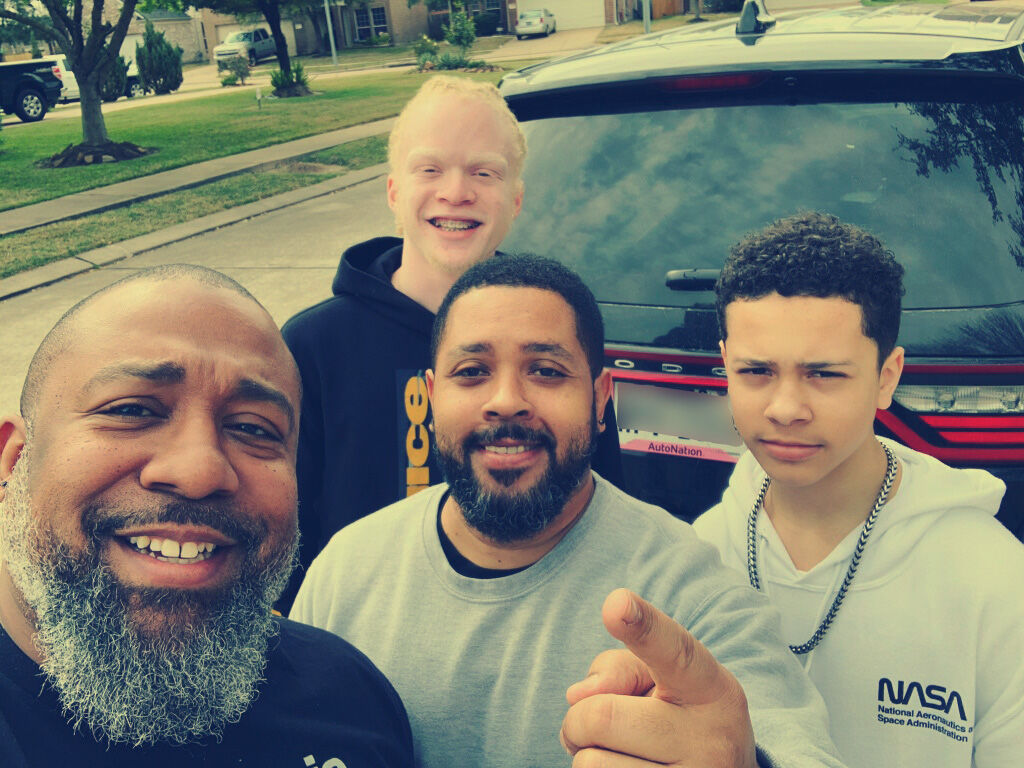 Inigo Laugermann, center, and son Nico, right, take a break from filming their documentary called “A Father’s Day.” The Richmond father and son co-produced the documentary, which debuted at the Beyond The Curve Film Festival in Paris last weekend. (Contributed photo) 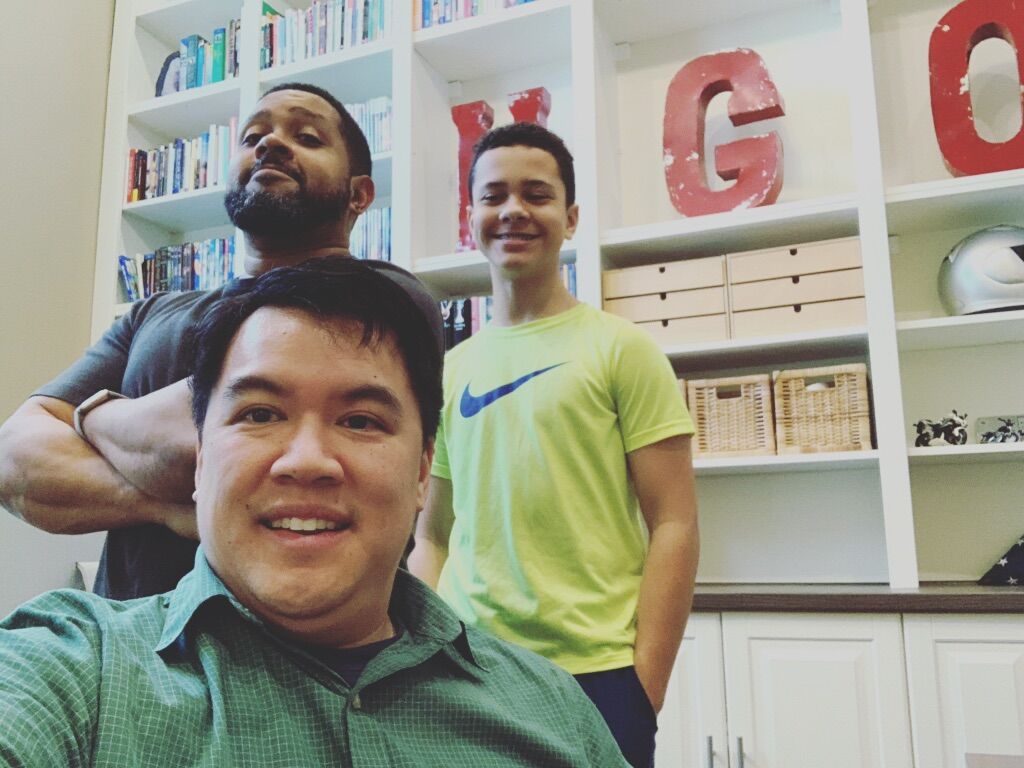 What does it mean to be a dad?

Richmond resident Inigo Laugermann believes it is best to have dads tell us themselves.

He debuted his first feature-length film, “A Father’s Day”, at the Beyond the Curve International Film Festival (BCIFF) on Saturday and Sunday in Paris.

“I’ve kind of been sitting on this idea for a couple of years,” Laugermann said. “You hear all of the horror stories about dads not always being there and dads just kind of being a physical presence in the house but not really involved. I’m an involved dad, and then the guys I interviewed in the film are involved dads. So I’m like, ‘you know what, why don’t we show some examples of great fathers who are doing their duty and are proud of being dads?’”

He sought to cast a diverse group of fathers of different ethnicities and ages, and also elicits strong emotional responses when the interview turns to the subject of the men and their relationships with their fathers.

Laugermann, a graduate of the Art Institute of Houston and a veteran visual content creator, cut his teeth in the film industry working for several major oil companies, including Exxon Mobil.

“I’m an artist and designer who morphed into filmmaking,” Laugermann said. “I’ve pretty much worked with every oil company here in Houston except for Anadarko (which was acquired by Occidental Petroleum in 2019). I have an eye and a creative passion for coming up with stories and producing them myself.”

Filming began in February and continued into March. The COVID-19 pandemic’s spread into the U.S. prompted stay-at-home orders throughout the state, including in Fort Bend County, and Laugermann was laid off by Exxon Mobil.

As a result, Laugermann experienced many of the ups and downs of working from home during the ongoing health crisis. All things considered, he said he’s rather pleased with the outcome.

“I had time to sit down and kind of put my project together,” Laugermann said. “I was pretty happy with it, the way it came out. It’s a hooray for dads.”

The substance of the project carries even more significance for Laugermann, a father of 23-year-old and 20-year-old daughters and a 13-year-old son, Nico. The latter was a co-producer.

“He worked Camera B and I worked Camera A,” Laugermann said. “He did a fantastic job on it, so I let my son know, ‘This is your award, too. I couldn’t have done it without you.’ I don’t think he knows exactly what that means yet. He was like, ‘OK, yeah, all right.’”

It’s not the first time the two have collaborated on film. The two were together on screen in a comedy short film titled “I Didn’t Know.”

Laugermann hopes “A Father’s Day” will be a launching pad for his film business as he transitions to putting his full attention on his studio, Laugermann Creative.

He’s appeared on the Life of Dads podcast with Tommy Riles and David Guest, two frequent contributors to The Ellen DeGeneres Show.

Laugermann also contributes video content to the Life of Dads website, which is filled with lighthearted humor for families and parents.

“It’s a funny time right now,” Laugermann said. “So I figured I’d get more hardware behind my work and people will say, “OK, this guy knows what he’s doing, let’s go ahead and work with him.’ So that’s where I’m at right now, trying to develop more clientele and get some businesses behind it.”

The longtime visual artist and producer has bigger aspirations not only for himself, but for the creative scene in Houston, and he’s not shy about letting people know.

“What would always frustrate me is people would leave Houston to tap into some other place,” Laugermann said. “Like Los Angeles, Chicago, or New York. And I get it, because the industry is there. But I’m like, ‘Wait a minute.’ We have resources here that you guys don’t know about yet. We have people who can do work just as great as these people (in other cities) can. You don’t have to leave Houston to have these resources here.”

Houston, where Laugermann grew up, and Richmond, where he and his family have lived for a decade, aren’t known for their prominence in the film industry. But he said he found value in being “a big fish in a small pond.”

A friend and colleague of his, David Johnson, lives in St. Louis, where he runs Coolfire, a reality television studio.

“He and I worked together in Houston,” Laugermann said. “He left and went to L.A., and then he went back home to Missouri. That really tripped me out. I was like, ‘Why can’t we do that here in Houston?’ And it’s been tried before, but it just didn’t stick. Maybe Katy could be the hub, or Richmond could be the hub. … My thought is, Houston has everything. If you need the coast, we’ve got Galveston. If you want to go shoot some mountain scenery, you could go to Austin or San Antonio. So we have everything here (in close proximity). You don’t have to go away. We can do it here.”