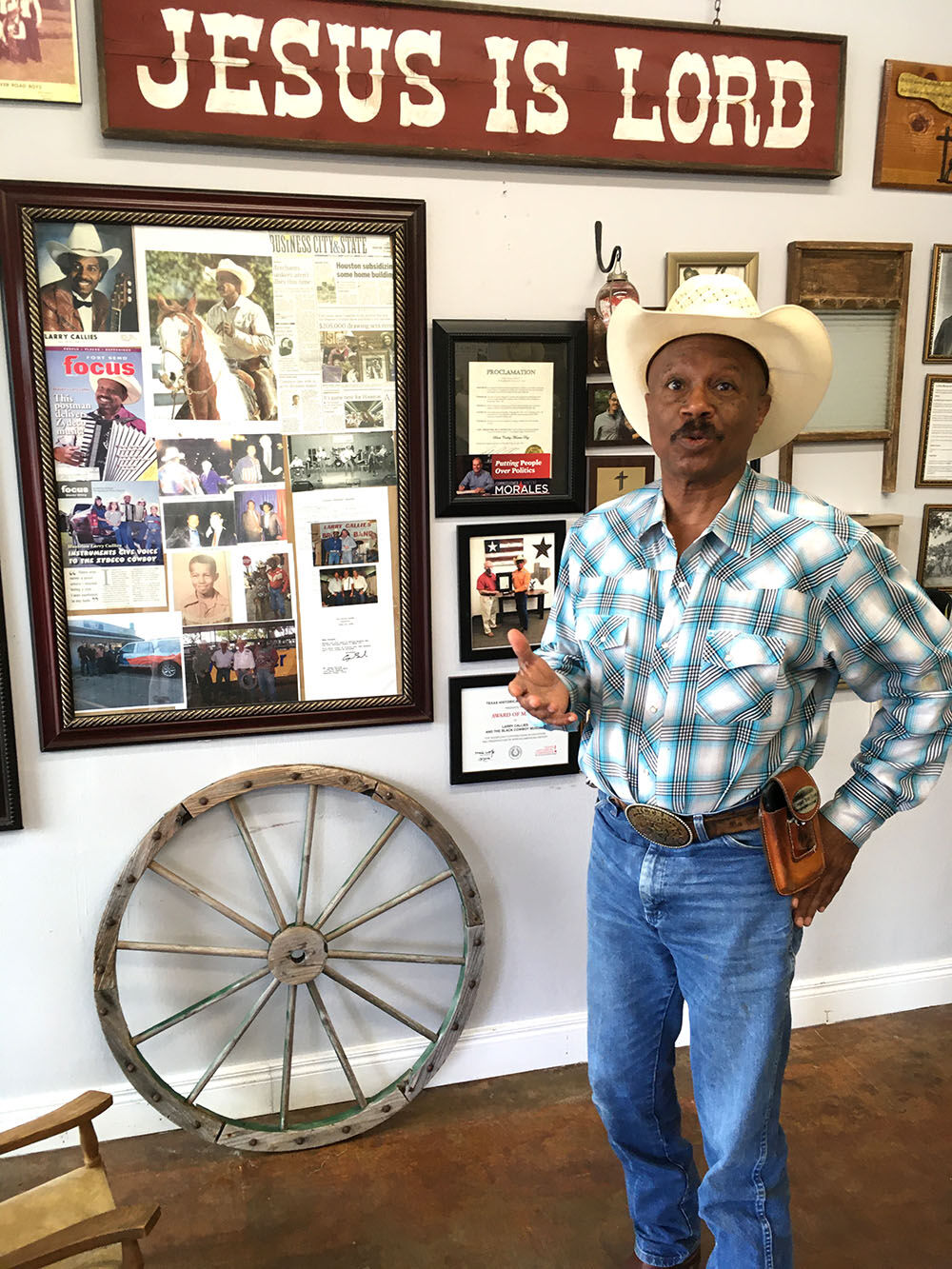 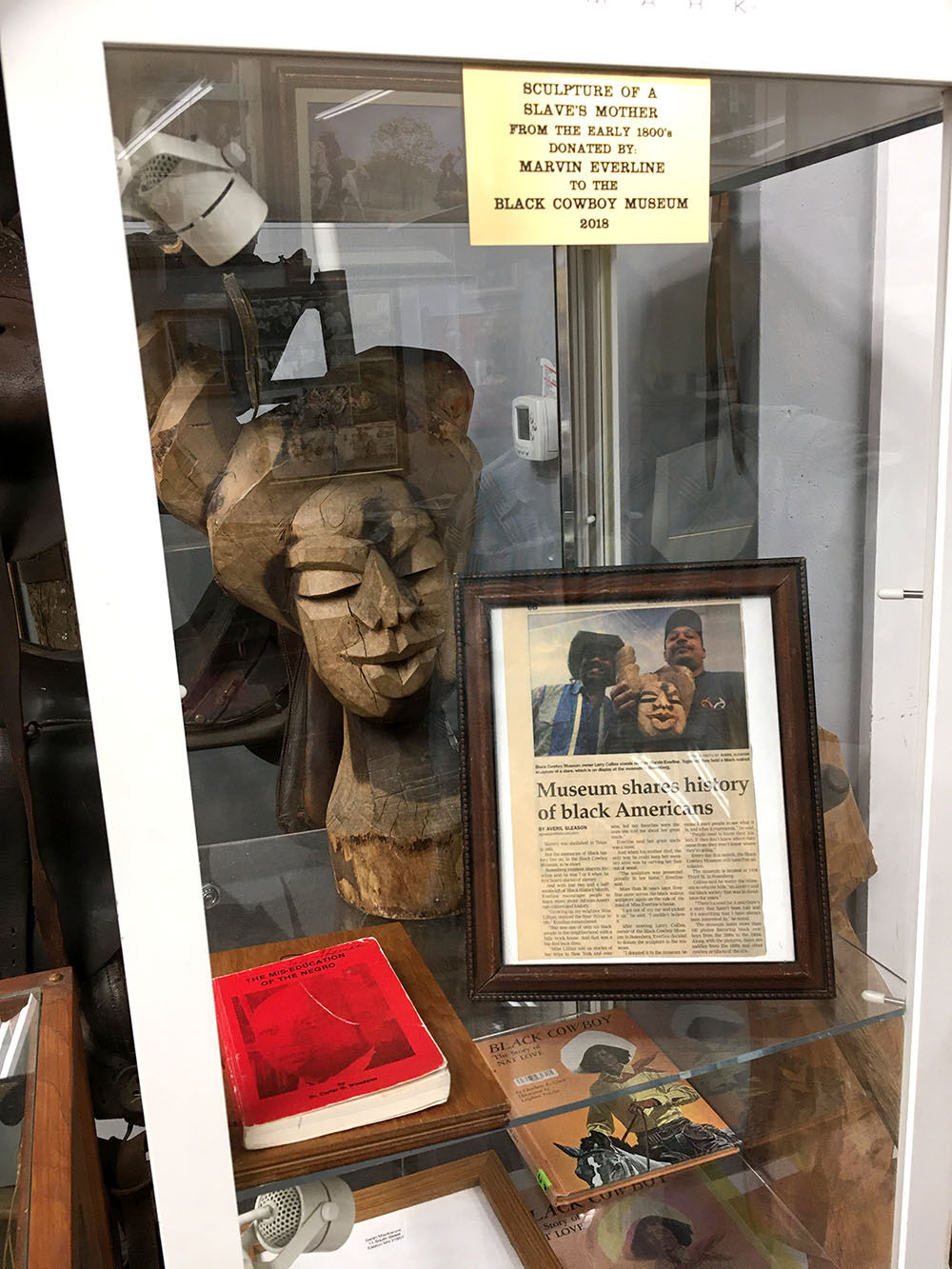 For as long as cattle ranching and cowboys have been around in Fort Bend County, Black residents have played a central role in that story.

But for much of that time, even as Westerns filled cinemas and occupied children’s imaginations, the stories of the Black cowboys of Fort Bend County remained neglected.

It’s that very ignorance of history that led Larry Callies, himself a longtime Black cowboy, to found the Black Cowboy Museum in Rosenberg back in 2017 – to share the stories he’s known since his Uncle Willie first told them to him as a child, Callies said.

“So much of that history was whitewashed,” Callies said.

Some four years later, Callies’ passion project has taken off. Now, visitors come from as far away as Alaska and Canada and even Africa and Europe to see Callies’ museum, and the longtime Fort Bend resident has also been subject to fawning profiles in such national publications at the New York Times and Garden and Gun.

For all the national clout, however, Callies has accomplished most of it in a small space filled with historic artifacts from generations of Black cowboys inside of a strip center in Rosenberg.

That might be about to change. Fort Bend County commissioners are weighing a $1 million project that would see the Black Cowboy Museum move from its current location at 1104 3rd Street in Rosenberg to a 2.5-acre site the county owns in Kendleton, near the Bates Allen Park.

Commissioner Vincent Morales Jr. last week cautioned that nothing was yet finalized.

“There is a process that has to take place before the project moves forward to possible fruition,” he said.

But the mere possibility that major investment could be coming to the Black Cowboy Museum was enough to thrill some of its biggest supporters.

“Cattle was definitely a big driver of money in Fort Bend County, and Texas as well,” said Sha’Terra Johnson, vice president of the Fort Bend Black Heritage Society. “Highlighting the individuals that contributed to that is so very important for people to know. Especially with the rate of growth and diversification in Fort Bend County, a lot of that history remains untold. So, having that type of museum is very important.”

To see Callies give a tour of his museum is to hear a veritable cornucopia of stories about the role Black Americans and Fort Bend County residents have played in the growth of cowboy culture and cattle ranching.

“My Uncle Willie first told me that there were no white cowboys at the time,” Callies said. “ ’Boy’ was derogatory. They were cowhands. That all changed when Hollywood caught on to cowboys.”

Beyond stories such as those, Fort Bend County has also seen its share of impressive Black rodeo riders, such as Callies’ relative Tex Williams, he said.

Callies at a tour last week also told the story of Charley Willis – a cowboy who played a central role in the creation of what is now known as country music. Willis was a Black cowboy who was born in 1847 in Milan County near Austin and, after escaping slavery after the Civil War, became known for singing songs along trail drives from Texas into the Wyoming Territory, Callies said.

Much like the modern cowboy mythos – it’s another instance of something thought of as white that actually traces its roots to Black Americans, Callies said.

Michael Grauer, the McCasland Chair of Cowboy Culture and the curator of cowboy collections and western art for the National Cowboy & Western Heritage Museum in Oklahoma City, is another proponent of the work Callies has done with the Black Cowboy Museum.

“It’s wonderful to see,” Grauer said of the possibility of the museum receiving county money.

Over the last year or two, Grauer has received more calls than ever before to talk about cowboys of color and Black cowboys, he said.

And it’s terrific news, because those stories have long been neglected, Grauer said. And knowing the full story – that more than 25 percent of all cowboys had been people of color – makes the history more multi-cultural, more inclusive and a better story, he said.

“The stew is always better with more ingredients, as they say,” he said. “Just tell the truth.”

Grauer is careful not to overcorrect the record, he said. For instance, “cowboy” was a derogatory term, but the history of its usage is somewhat clouded.

But for all the things historians don’t know, it does appear that a Black man was the first cowboy in the Americas, Grauer said.

The first horses were brought over by the Spanish near Veracruz, Mexico, in 1519 and cows followed just two years later, Grauer said. The settlers quickly adopted Spanish ranching philosophy, which stipulated that they didn’t need fences and used an open range, with a vast workforce that used technology first developed in north and west Africa, Grauer said.

“Those first herders, or cowmen or cowboys, were more than likely a Black person,” Grauer said.

The Black history of Fort Bend County, just like the Black history of much of America, has long been historically ignored, Johnson said. But there’s some sense that, with the development of things like Callies’ Black Cowboy Museum, interest might be surging, she said.

“The climate in the last decade, really, has been changing,” she said.

Johnson is a seventh-generation Fort Bend County resident, and much of the work she’s done over the last few years with the Black Heritage Society has been helping younger generations of Black residents to become interested in their genealogy and history.

“I am seeing renewed interest in learning about the contributions of Black people in Fort Bend County,” she said. “That’s been looked over.”

One reason for the historical hesitancy about Black history might be because of the hard conversations that could follow – about discrimination, prejudice and slavery, she said.

But Callies views it as his life’s work to spread the story about Black cowboys, he said.

“People see the museum and start to look at their roots,” he said. “They’ll tell me, ‘I didn’t know this existed.’ I’m telling the history that people never even thought about.”