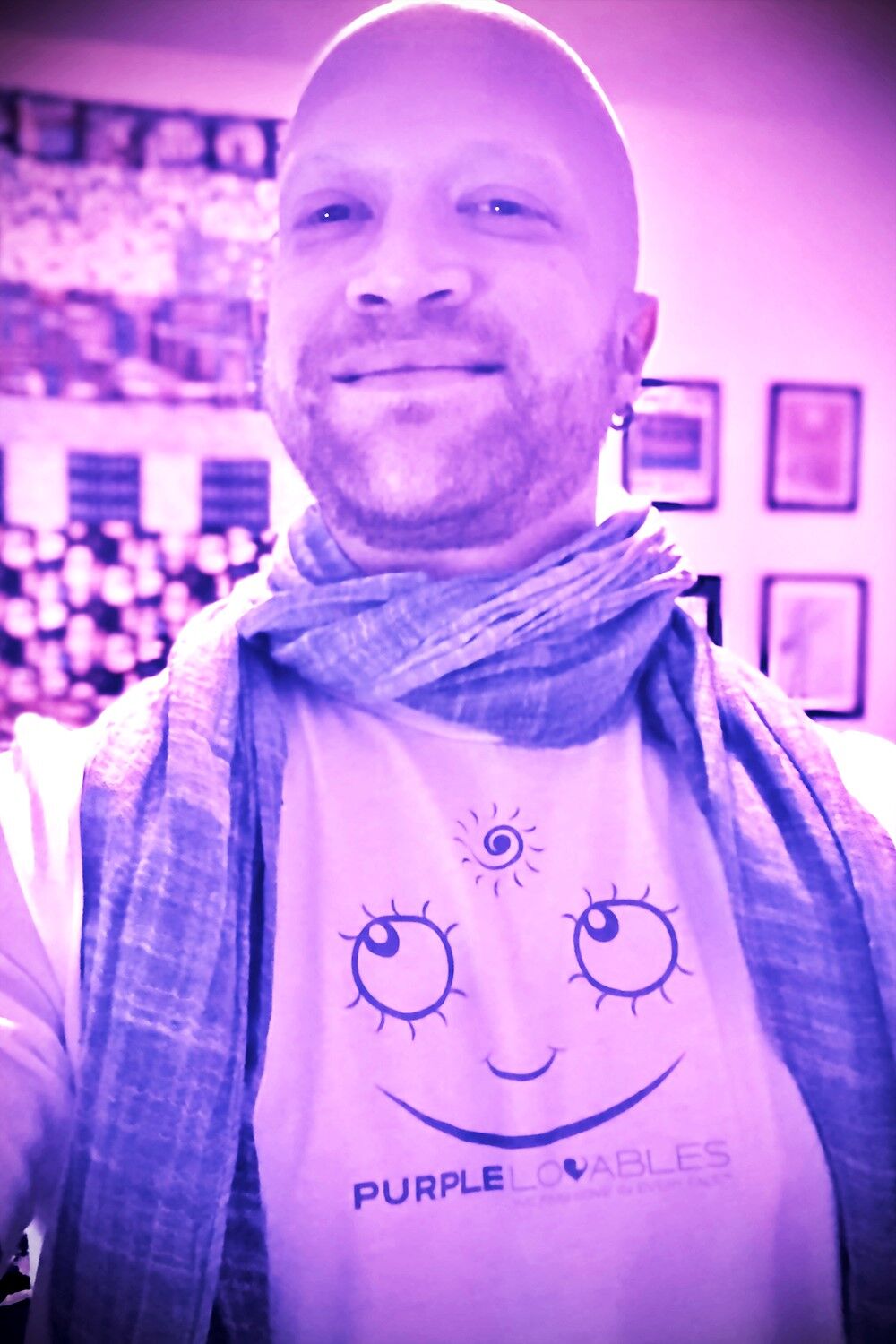 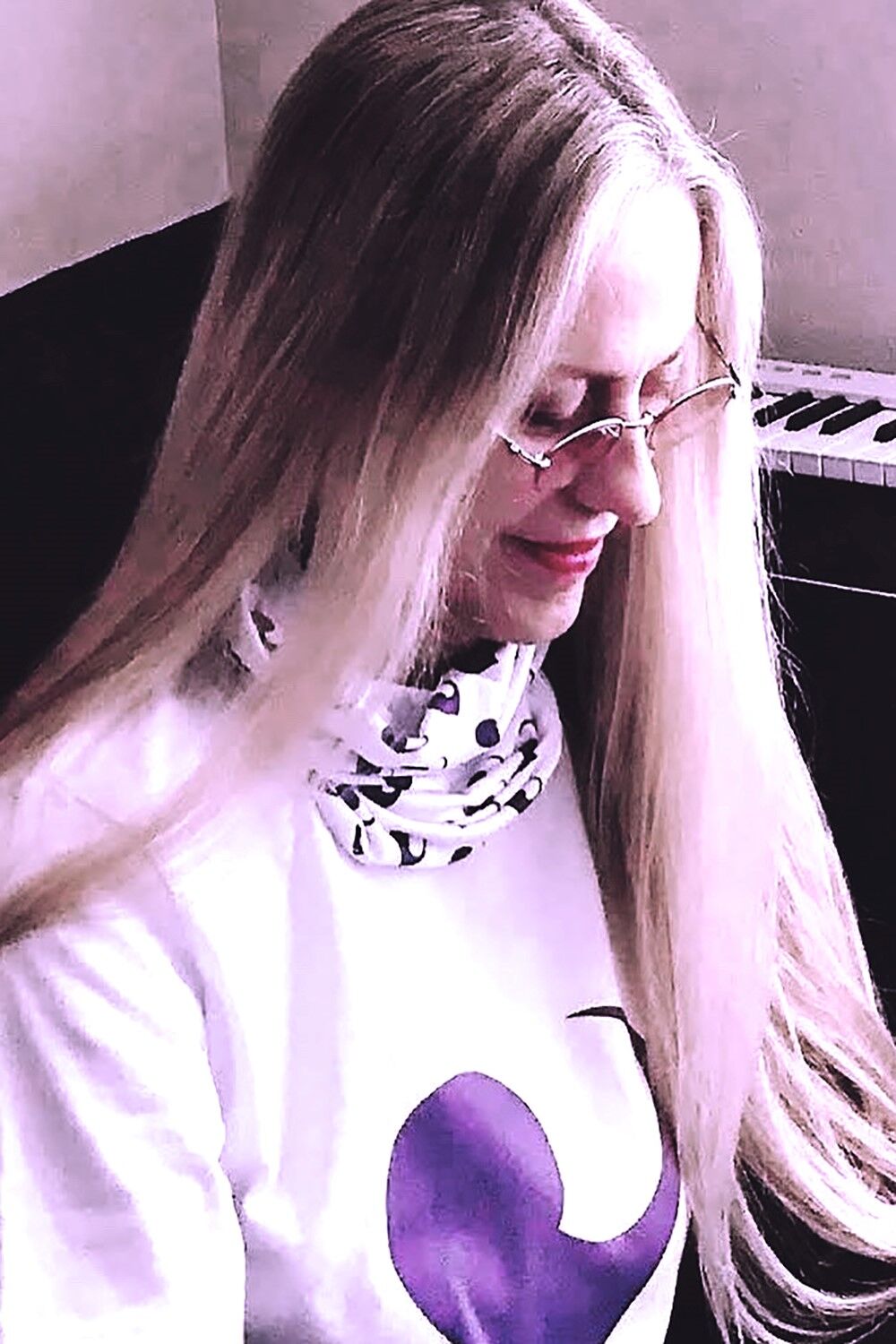 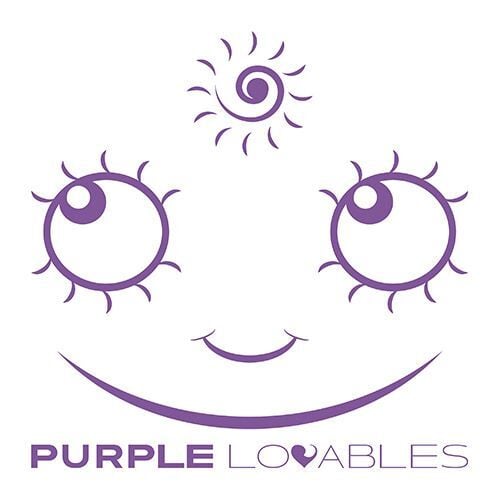 Almost 34 years later, the Sugar Land resident has become an accomplished performing and recording artist, working as a soloist and with multiple bands.

One of those bandmates was Houston’s Anita Kruse, a recurring collaborator who has performed with Younkin several times and was also a former bandmate of his. She sang backup vocals for his live cover of Warren Zevon’s song “Keep Me In Your Heart” in 2011.

The two teamed up again at the onset of the COVID-19 pandemic in March with a series of illustrations called “Purple Lovables,” a portion of the sales of which will benefit their nonprofit Purple Songs Can Fly, which is dedicated to providing a creative musical outlet for children at Texas Children’s Cancer and Hematology Centers.

Younkin is no stranger to charitable or altruistic work. He served for 12 years as the executive producer for Music Doing Good, a nonprofit dedicated to providing underserved children and communities with musical opportunities and education that was otherwise absent from their lives.

Kruse, a pianist and songwriter, began to doodle on a sketch pad with a purple pen while caring for her elderly mother.

“I needed a tangible thing to do that was using my hands,” Kruse said. “I’ve never thought of myself as a visual artist or anything like that. But it was a very positive thing just for me personally.”

The drawings began simply as cute faces and baby animals. The child-like art served as a creative outlet and a distraction from the stresses of the outside world.

Kruse’s mother, upon seeing the drawing, smiled and said, “She is so lovable.”

And thus, the first Purple Lovable was born. Kruse’s knack for the sketches began to resonate with her friends and her community of followers on social media. So she reached out to Younkin, a jack-of-all trades who is a professional graphic designer and a former competitive gymnast, diver and cheerleader. He is also trained in the Israeli martial arts discipline of Krav Maga.

Younkin said he immediately recognized the potential for Kruse’s drawings to become something special.

“There were so many possibilities,” Youkin said. “It was too much fun not to try it.”

Not long after that pivotal discussion, the two launched the Purple Lovables website, which showcases a variety of products, including T-shirts, leggings, coffee mugs, hairbands, pillows and face masks.

“Anita’s drawings embody happiness, joy and instill feelings of kindness at a time when people need an uplifting reminder that good in the world does exist,” Younkin said. “The timing was right to transfer these whimsical lovables to something tangible people could wear or use in their home as a constant reminder of better and brighter days.”

Purple Songs Can Fly is responsible for providing what the organization said is the first known recording studio on a pediatric cancer floor where songwriters like Younkin and Kruse work with children and their siblings to write and record their own songs.

“Children diagnosed with cancer face great obstacles but do so with grace and a spirit of resiliency,” Kruse said. “It is these children and their siblings that inspire me, even in the darkest of days, and remind me that hope always exists.”