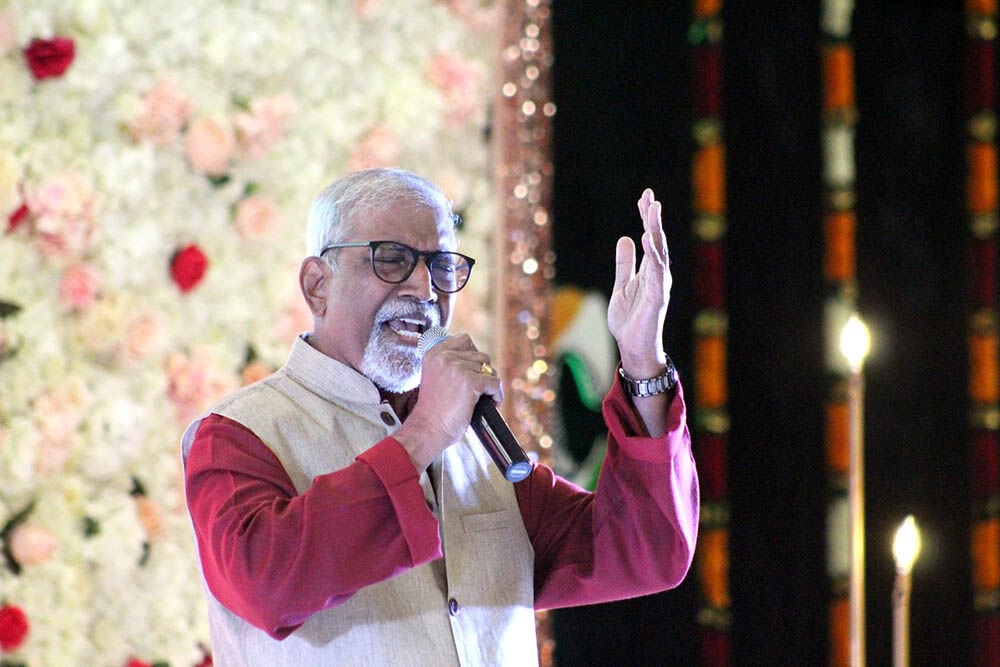 A performer sings during the India Culture Center’s celebration of the 75th anniversary of India’s independence from British colonial rule. (Photo by Stefan Modrich) 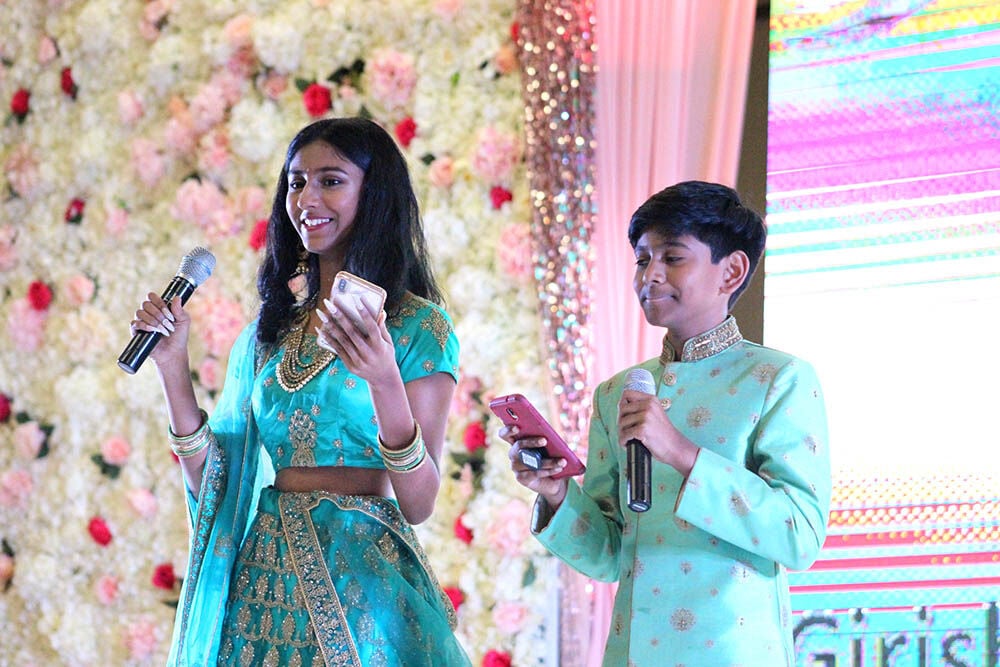 Two young singers perform together during the India Culture Center’s celebration of the 75th anniversary of India’s independence from British colonial rule. (Photo by Stefan Modrich)

A performer sings during the India Culture Center’s celebration of the 75th anniversary of India’s independence from British colonial rule. (Photo by Stefan Modrich)

Two young singers perform together during the India Culture Center’s celebration of the 75th anniversary of India’s independence from British colonial rule. (Photo by Stefan Modrich)

The Houston-based Indian Culture Center (ICC) sought not only to commemorate the liberation of its people during its event at the Stafford Centre but to recognize the rich cultural traditions across India’s various regions and acknowledge the importance of gathering safely together after President Joe Biden halted all travel from India because of the COVID-19 pandemic.

“India went through a lot of struggle for hundreds of years under British rule,” Malla Mekala, the event chairman, said. “Most of our culture was more or less anglicized by the British over the years. But because India is such a resilient country and has a rich culture, it has still maintained its unique identity.”

The Indian people’s use of nonviolence to gain independence remains a point of pride for Indian-Americans, Mekala said.

And they also appreciate the melting pot of diversity that is Fort Bend County, he said. Neighboring Pakistan also celebrated 75 years of independence Sunday.

“You have Indians, you have Pakistanis, you have Arabic people, Africans, you have Chinese, you have everybody more or less in similar numbers,” Mekala, a First Colony resident, said. “Many of them have businesses together, they coexist and everybody lives peacefully.”

Early Sunday afternoon, Ajay Kumar or “DJ AJ”,  the event’s master of ceremonies, panned around the Stafford Centre ballroom with his phone and greeted his Facebook Live audience with a hearty affirmation: “it’s going to be a great day.”

Assem Mahajan, the Consul General of India and Houston Mayor Sylvester Turner were among the officials present at the event.

Hemant Patel, the ICC’s treasurer, said the dance productions at the event were regional folk dances and wedding customs specific to certain cities across India. Men and women and children alike all wore vibrant, colorful outfits to represent the state and region they or their ancestors hailed from.

ICC President Jasmeeta Singh, who was among those who performed traditional and patriotic Indian songs at the event, said it was challenging to be true to the “values, rituals, and the cultures of India” during the pandemic.

Vandana Agrawal and Madhusuden Agrawal immigrated to Katy from India 20 years ago. They said that they cherish their freedom to celebrate their heritage with family and friends.

“That emotion and feeling is beyond words,” Vandana said. “So we express it through food, music, and dance.”

The Agrawals said they have a son who recently graduated from the University of Texas at Austin and a daughter who is a senior in high school who was schooled in the art of Indian folk dances as a little girl. As parents, they feel an obligation to pass on the cultural norms and traditions they learned growing up in India.

“Children’s involvement is very important,” Vandana said. “Every child should know about the traditions of their motherland, and they should carry it forward to the next generation.”