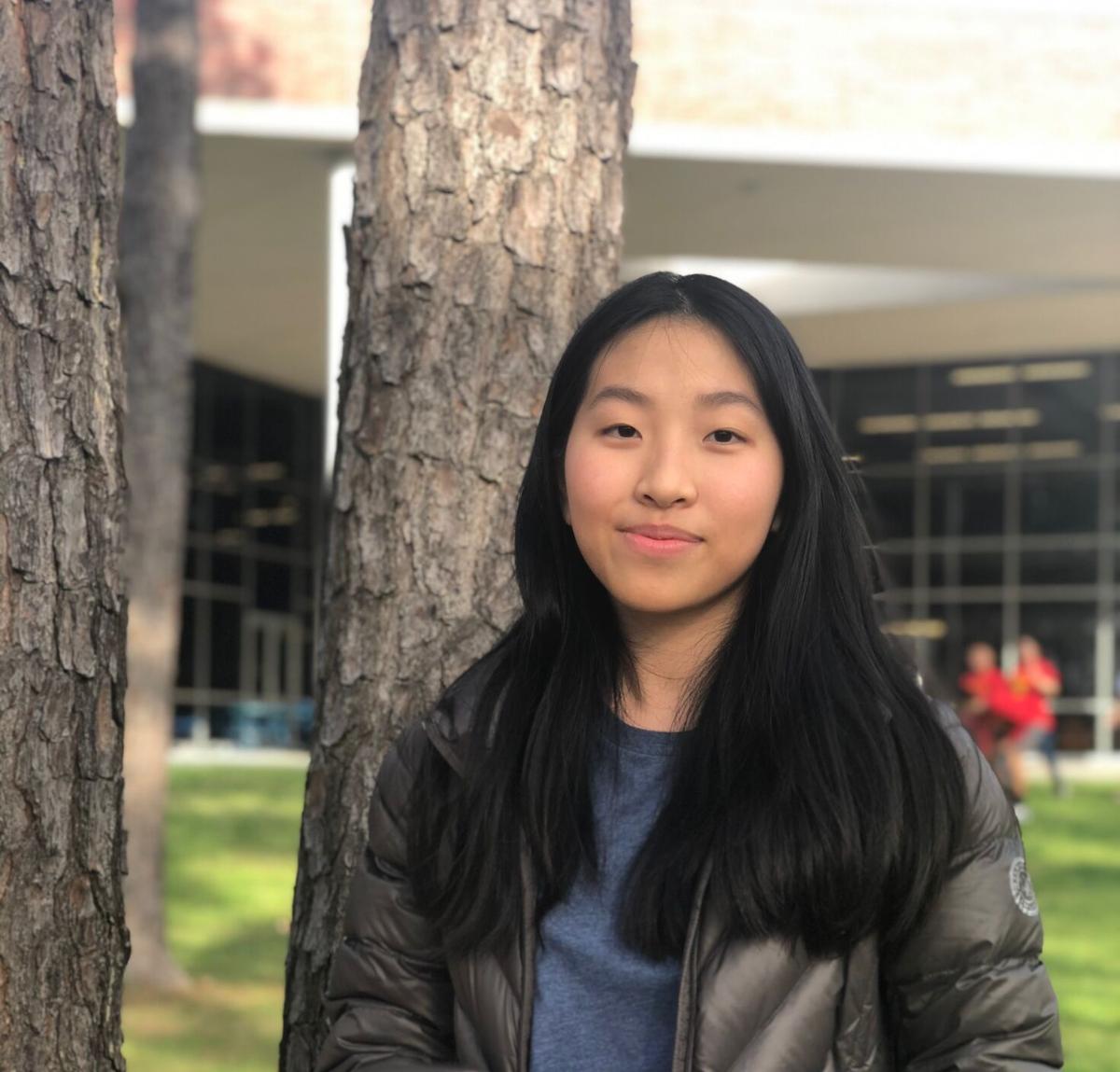 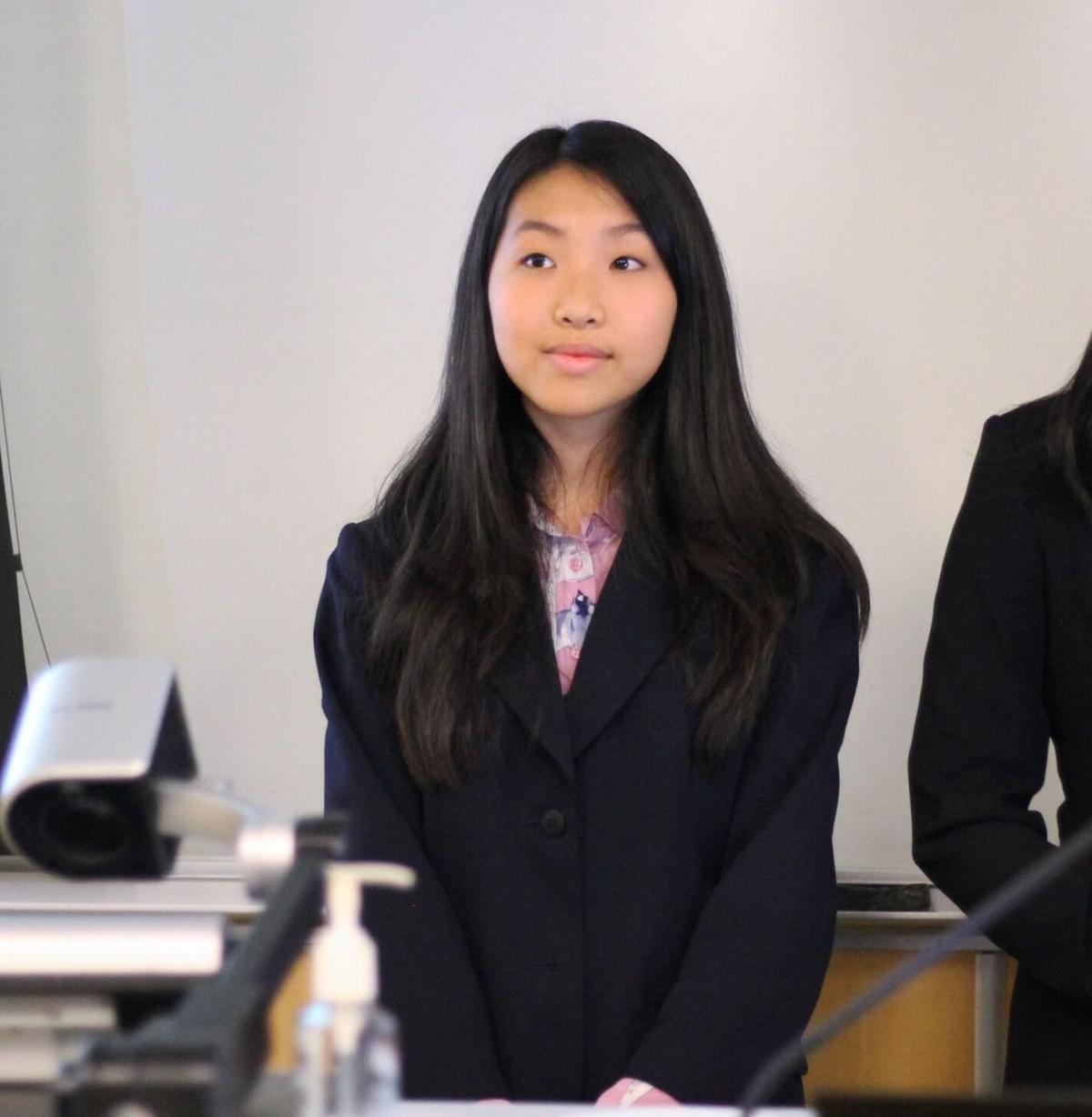 Ever since she was young, Clements High School senior Amy Zhou said she has had a curious mind.

That curiosity recently led to her selection as an elite scholar in a national science competition.

Zhou was selected Jan. 21 as one of 40 finalists in Regeneron Science Talent Search 2021, an annual science and math competition for high school seniors around the United States. This year’s contest included nearly 1,800 submissions, and the finalists were selected based on their projects’ “scientific rigor and their potential to become world-changing scientists and leaders,” according to Regeneron.

“Even since elementary school I’ve been taking part in science competitions, then I started taking on the research portion in high school,” she said. “I’ve just always had a passion for solving problems.”

Zhou said she got the idea for the project during The Research Science Institute, an annual six-week international summer program for high school students typically hosted at the Massachusetts Institute of Technology (MIT), that she took virtually over the summer. According to the Center for Excellence of Education’s website, students participate in a week of “intensive” STEM classes before undertaking an individual research project during the program.

For her project, which carried over into the fall and start of school, Zhou studied entropy, or behavior of amorphous materials at very low temperatures. Such materials look like solids but act as liquids, such as glass.

According to Regeneron, Zhou’s work clarified what happens to the molecular organization of such materials above absolute zero (about minus-460 degrees Fahrenheit).

“This year’s finalists represent many of our nation’s most promising young scientists who, even during a global pandemic, are using their ingenuity, resourcefulness and STEM skills to work toward a better future,” Regeneron President and Chief Scientific Officer George Yancopoulos said in a news release. “I can only hope that their STS experience further inspires them to take on and help solve the biggest challenges facing mankind – from climate change to disease and future pandemics.”

Such a characterization of her project, Zhou said, was mind-blowing. She said she just wanted to explore an unanswered question in the science world, and it wound up leading to an honor she never envisioned.

“I never expected to be called – honestly I was just trying to keep my mind off the competition. I had just gone down to the kitchen to get a snack when I got the call,” she remembered with a laugh. “I was like, ‘I don’t know anyone from Washington, D.C., who could this be?’ ”

But according to Clements physics teacher Vijay Shah – who had Zhou as a student her junior year – it came as no surprise given the passion he had seen her display for the project in and outside the classroom.

“It’s extremely difficult for students to get the full experience with physics in just a classroom setting, and research environments tend to be very fast-paced and complex, and possibly even overwhelming, especially during summer programs,” he said. “It takes a true desire to learn and to confront the unknown by tackling an original research problem, and a lot of motivation to persevere with it.”

It takes a village

Zhou said she couldn’t have pursued her passion alone. Even after leaving the Research Science Institute, she said Shah was a guiding force in the project, helping her study and look over the project in the fall prior to submitting it to Regeneron’s competition last November.

Shah, however, said the passion was natural for Zhou – no easy task given the other options which students have to occupy their time – and that he jumped at the opportunity to help her pursue her curiosity.

“By helping students through their research projects however possible – even if it is just a little bit – using my prior experiences, I hope to make their STEM experience more enjoyable while helping them enhance their skills to ensure that they will excel with their research in college,” he said.

It appears as though it has certainly helped Zhou, who said she wants to be a become a professor in either applied mathematics or physics after school. She has been accepted into MIT, but is still deliberating other options.

One thing she knows, however, is that she has a drive for helping others find their own passions just as Shah and others have done for her.

“There’s just something so rewarding to me about being able to share my passions with other people and helping others find their own personal ambitions in the science field,” she said.

The 40 Regeneron finalists will participate in a virtual competition from March 10-17, vying for more than $1.8 million in awards. They will also have an opportunity to interact with leading scientists and display their projects to the public during a virtual event on March 14. Each finalist will receive at least $25,000, while awards for the top 10 will range from $40,000-$250,000.

For a complete list of this year’s finalists, visit societyforscience.org/regeneron-sts/2021-finalists/.