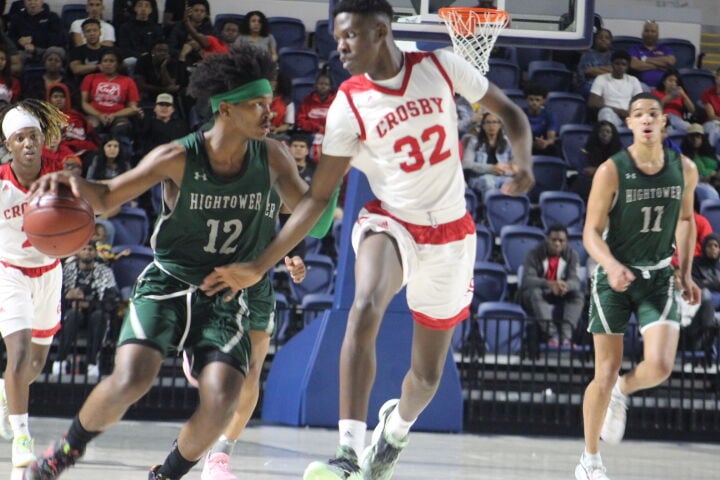 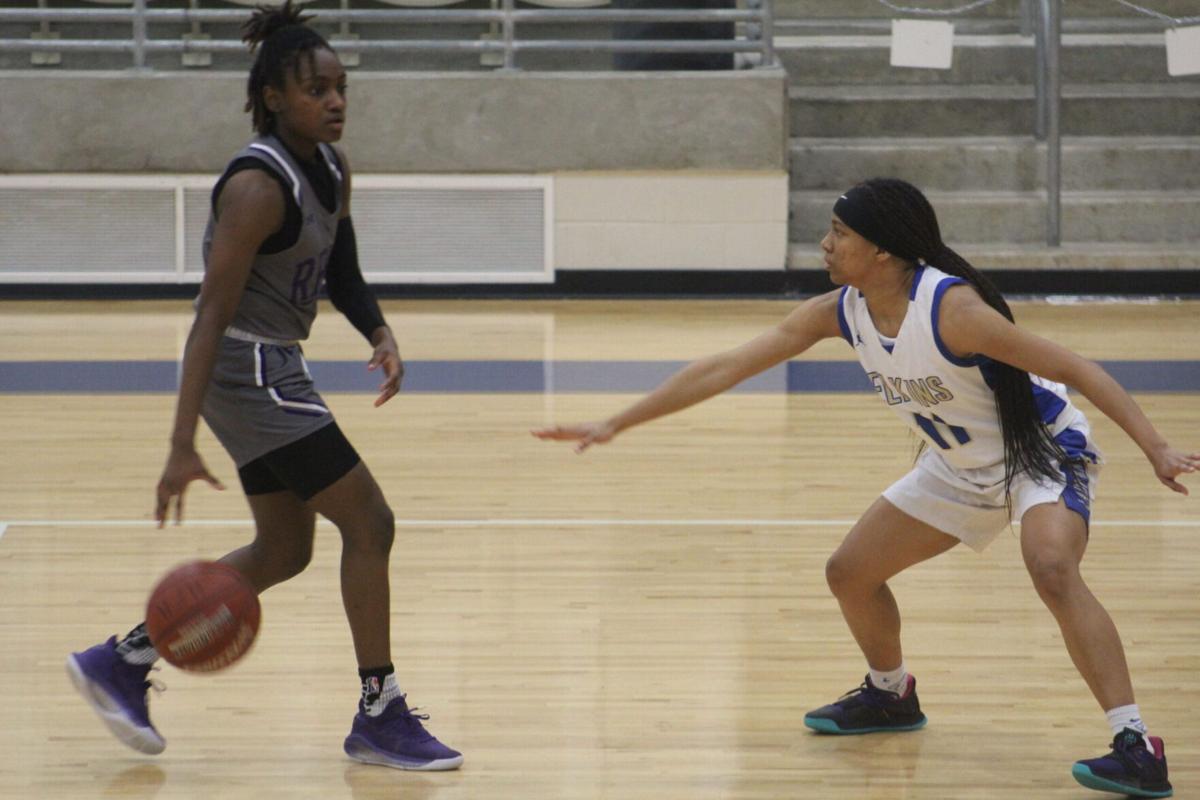 Ridge Point’s Raven Adams brings the ball up the court during a 2020 game against Elkins. Adams and the Lady Panthers started this season with a 2-3 record. (File photo by Landan Kuhlmann)

The 2019-20 campaign was a strong one for Fort Bend County basketball teams, with two boys squads – Hightower in Class 5A and Stafford in Class 4A – reaching the UIL state tournament before it was shut down due to the COVID-19 pandemic.

But they aren’t the only teams with notable hype entering the 2020-21 season, with four of the area’s teams garnering preseason top-25 rankings from the Texas Association of Basketball Coaches.

Hightower’s boys team leads the way, beginning its season ranked second in 5A heading into its scheduled season opener against Shadow Creek on Dec. 1 The Hurricanes are coming off one of the winningest seasons in school history and return one of the area’s most electrifying talents in Bryce Griggs.

Griggs, who has nine Division I college offers from schools such as Kansas, Texas and Memphis, averaged nearly 25 points per game last season on his way to both all-district and all-state selections. The junior point guard stepped it up even more in the postseason, averaging nearly 30 points per contest before the pandemic cut the season short.

The Stafford Spartans are also coming off one of the best seasons in recent history, returning to the state tournament for the first time in nearly a decade. Heading into their season opener against Fulshear on Saturday afternoon, the Spartans held down the No. 4 ranking in 4A.

Stafford is coming off a season in which it won 32 games under coach David Montano, the most recorded wins in school history. Returning from last year’s squad are seniors Xavier Iyalla, Daylan Presley, Tyran Blaze and Chris Pickaree, along with juniors Z’Corrian Hayes and Quavious Lilly, so the Spartans look to have plenty of firepower for another deep run.

Fresh off a 31-win season that landed them in the regional quarterfinals, the Travis Tigers are also getting some love in the preseason polls. Despite graduating eight seniors from last year’s team, the TABC ranked them 25th in Class 6A to begin the season, led by returners Mekhi McIntyre, Cameron Crockett, Cameron Oliver and Joe Cadette.

After posting their best win total since the 2015-16 season last year, the Tigers were 1-1 on the season heading into Friday’s matchup with Houston Strake Jesuit, with a Nov. 14 win against Bridgeland and Nov. 17 loss to Cypress Creek.

On the girls’ side, the Hightower Lady Hurricanes are the lone area school ranked by the TABC to begin the year, sitting at 13th in 5A after a 31-7 season that ended with a regional semifinal loss to Cedar Creek.

Despite losing their top three scorers in Destini Lombard (LSU), Zariah Johnson (Virginia) and Tae’lor Purvus (Houston) to graduation, the Lady Hurricanes still return five players from last season, including starters Shontel Miles and Jada Grigsby. However, it has been freshman Madison Bob providing the biggest punch early on, leading the team in both points (11) and rebounds (6.5) per game through two contests.

Elsewhere around the area, the Ridge Point boys were off to a 2-0 start heading into Friday’s action against Marshall. The Panthers have won at least 24 games each of the past three seasons, including a school-record 25 wins last season before a bi-district playoff loss to Katy Tompkins.

The Elkins Knights are also 2-0 in the early going. Elkins has been one of the most consistent area teams in recent seasons, winning at least 20 games in nine of the past 10 seasons and making seven consecutive playoff appearances. Sophomore Chris Jackson is leading the way with 20.5 points per game through two contests, while Shane Bell is averaging 16 points and eight rebounds.

Dulles was also 2-0 entering Friday’s game against Spring Woods, with wins over Kemper and Willowridge.

On the girls side, the Dulles Lady Vikings have won their first four games of the 2020-21 season as they look to build on back-to-back area round appearances. Junior Nya Threatt is leading the way with nearly 20 points and six rebounds per contest.

Coming off a school-record 28 wins and first-ever regional semifinal berth last season, the Ridge Point Lady Panthers have stumbled out of the gate a bit, with a 2-3 record heading into Monday’s game against Klein Oak. But Ridge Point has won two of its last three games, led by returning post Aleighyah Fontenot (24.7 points per game) and point guard Raven Adams (13.7 points, 4.7 assists), who is committed to Texas State.

The Clements Lady Rangers are off to a 2-1 start, already matching their win total from 2019-20.