The Austin Bulldogs' boys soccer team celebrates after winning the Alief ISD Tournament last week. The Bulldogs went 3-0 at the tournament, outscoring opponents 13-3 in the process. (Photo from Twitter) 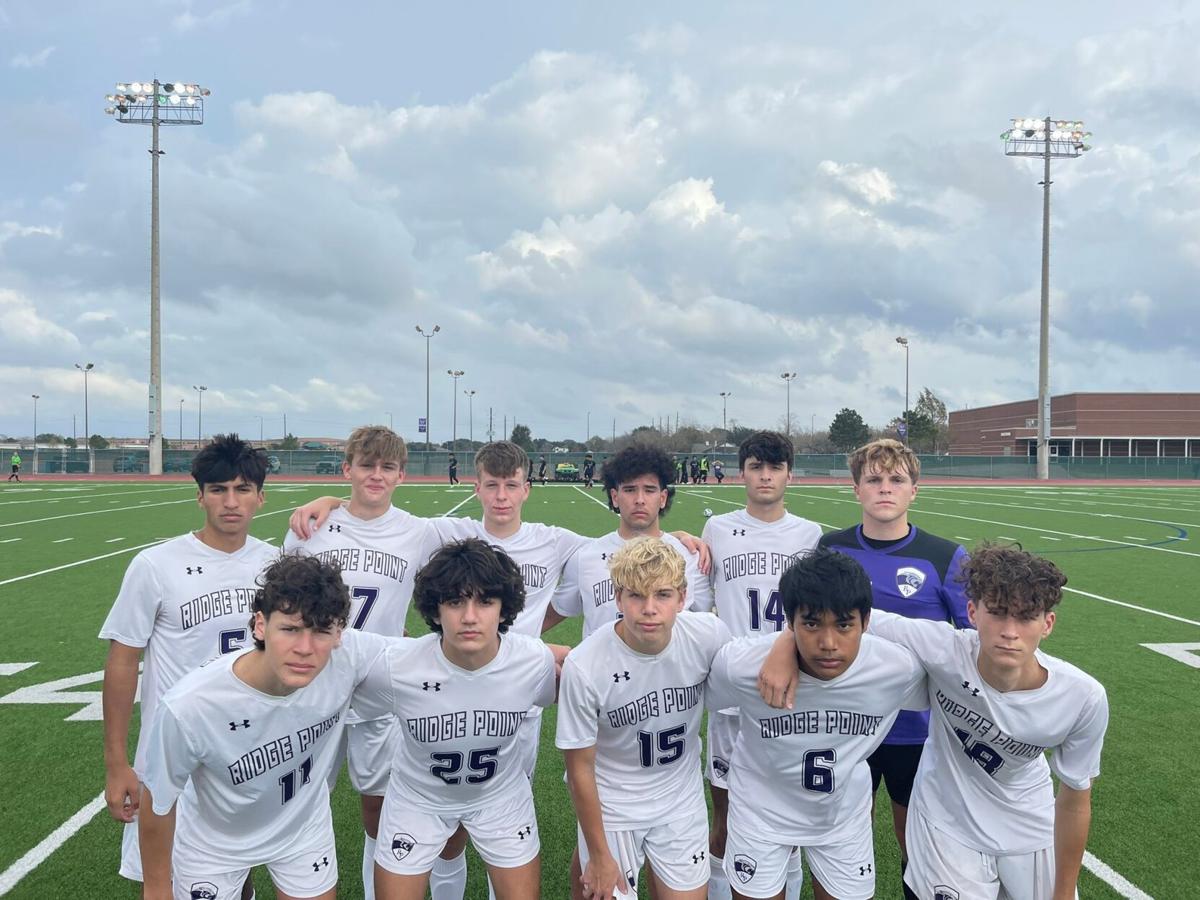 The Austin Bulldogs' boys soccer team celebrates after winning the Alief ISD Tournament last week. The Bulldogs went 3-0 at the tournament, outscoring opponents 13-3 in the process. (Photo from Twitter)

Soccer season is officially underway for many of Fort Bend’s high school soccer teams, and a couple of boys teams from the area took home season-opening tournament titles to kick their seasons off on high notes.

Both the Ridge Point Panthers and Austin Bulldogs swept through their respective tournaments last week to highlight the area’s season-opening slate on the pitch.

Austin rolled through the Alief ISD Tournament, outscoring their opponents 13-3 in three matches. Dillon Tremble secured a hat trick in their season and tournament-opening 6-0 win over Lamar Consolidated on Jan. 6. E.J. Iyoriobhe found the back of the net twice in a 3-0 win over Alief Hastings on Jan. 7 before netting a hat trick of his own in the tournament final, a 4-3 victory over George Ranch. Eli Garcia also had a pair of goals in the tournament, scoring against both Lamar Consolidated and Hastings.

The Panthers, meanwhile, went 3-0 at the Katy ISD Mojo Classic from Jan. 6-8 in taking home the title. Senior Jeth Flores was one of the catalysts for the Panthers, scoring a goal against Katy Jordan on Jan. 6 and against Morton Ranch on Saturday. Sophomore Blake Pipkin scored a couple of goals during the tournament, and also served as a primary setup man by tallying three assists in three matches.

On the Class 5A front, the Kempner Cougars took home second place at the Pearland/Pasadena Cup, going 3-1 in the process. Among the highlights was Emmanuel Rodriguez tallying the lone score in the Cougars' 1-0 victory over Texas City in the tournament semifinal.

In Class 4A tournament action, the Stafford Spartans went 2-1 at their own tournament Jan. 6-8, losing to Marshall on penalty kicks in the opener before posting wins of 6-1 on Jan. 7 and 5-1 over Sweeney on Saturday.

Elkins’ Lady Knights defeated South Houston 9-0 in its opener on Jan. 4 before going 2-1 at the Angleton tournament Jan. 6-8 to take second place, losing to title match 1-0 to host Angleton.

Freshman Amelia Olowu had six goals last week, including a hat trick in the opener against South Houston on Jan. 4 and two against Katy Mayde Creek in the tournament semifinals. Fellow freshman Sarah Lovetinsky had five goals in four games for the Lady Knights (3-1), including the only tally for either side in the Angleton tournament opener against Dobie on Jan. 6. Goalkeeper Ashley Arnold also had nine saves for the Lady Knights in the tournament final despite the loss.

The Austin Lady Bulldogs split a pair of games last week, dropping a 5-0 decision to Katy Taylor on Jan. 3 before beating Rosenberg Terry by an identical 5-0 score on Jan. 7. Madison McCoy had a hat trick against Terry, while Neha Hussain and Solae young also found the back of the net.

Ridge Point’s Lady Panthers went 2-0 at the Greater Houston Cup with a pair of 1-0 victories over Stratford on Jan. 6 and Pearland on Jan. 7, before the title match against Bridgeland was cancelled due to inclement weather. Junior Taylor Vinson tallied the lone goal for the Lady Panthers against Pearland.

Kempner’s Lady Cougars had a tough opening week, going just 1-3. They lost their season opener on Jan. 3 to Katy Mayde Creek before going 1-2 at the La Porte Tournament, but the opening week was not without its highlights. Elizabeth Werts and Chloe Dillahunty each tallied goals for Kempner against Mayde Creek.