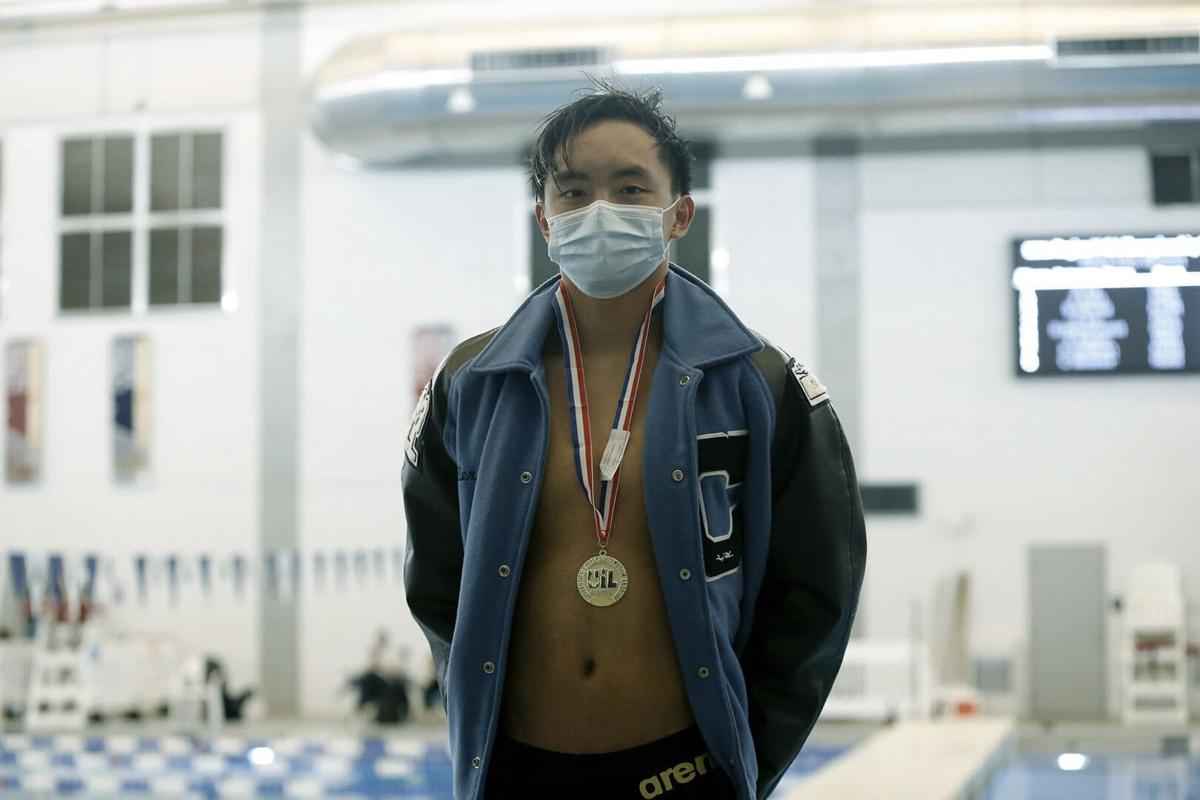 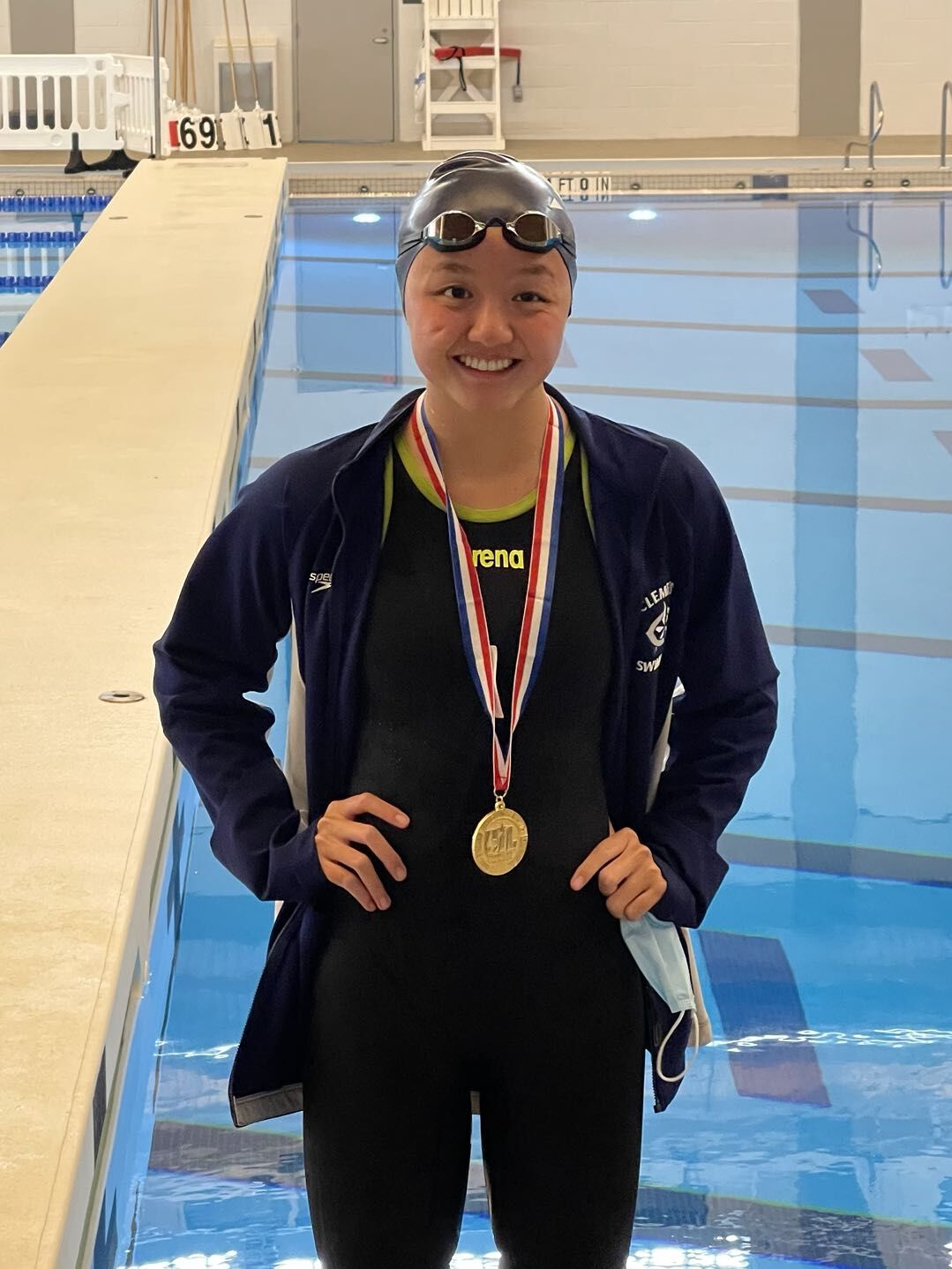 Clements High School swimmers Alex and Kayla Fu know two things are constant in their lives – the pool and their unwavering support for each other.

Those things have converged many times in their lives, and will do so again later this month as the brother-sister swimming duo competes on the biggest stage in Texas high school swimming.

Alex, a junior, qualified for the UIL Class boys 6A state meet, scheduled for next Friday and Saturday in San Antonio, in the 100-yard butterfly and 100 breaststroke. Freshman Kayla was a qualifier in the 50 and 100 freestyle events for the girls state meet, which is scheduled for Feb. 22 and 23 at Northeast ISD’s Bill Walker Pool and Josh Davis Natatorium.

“It’s really nice to have someone that can encourage you, but isn’t competing with you at the same time,” Alex said. “It’s a support system that’s important in high-stress times like the state meet.”

Growing up, the pair said they realized their abilities early on while competing with the First Colony Swim Team at a young age.

“Both of us are extremely competitive people – we really hate to lose,” Alex said. “So we just pushed ourselves in practice to get to that level where we could compete at this highest stage and get to where we are now.”

Added Kayla: “We were both faster than the average, so we kind of thought we could compete at the higher levels.”

And thanks to encouragement from both parents and each other, along with an early friendly rivalry, their skill and love for the sport have only grown. “It was less of sibling competition than it was encouragement to the other person,” Alex said.

Voice in the crowd

Throughout their swimming journey, the Fus said the standard sibling rivalry existed early but gradually faded as they grew older due to the difference in age and events.

“I realized Alex was completely out of my league,” Kayla said with a laugh. “So there wasn’t really that competition anymore.”

However, that hasn’t stopped them from pushing each other to the highest level. And even when her brother heads off to college within the next couple of years, Kayla says the bond the two have forged will always stay with her.

“Alex still plays a huge role in my swimming. At meets, he’s always the one on the sidelines cheering for me. That’s something that’s really important for me,” she said. “…I want to push myself to be the best I can and be somewhat on Alex’s level. So even when he’s not here, he’ll be encouraging me.”

“We both believe (that encouragement) is a huge factor in why we’re both succeeding in swimming,” he said.

It appears as though the siblings’ early thoughts about their abilities have been right on the money, and their efforts have paid off.

Alex swam with Clements’ 200-yard freestyle relay at both the 2019 and 2020 state meets, but will be competing individually for the first time in his high school career this weekend. He had the second-best qualifying time in the 100 breaststroke (56.36) and the third-best time in the 100 butterfly (48.96).

“My seeding is definitely up there – I have a chance to podium, so I’m really looking forward to racing these guys and hopefully I can get on the podium,” he said. “It’s nerve-wracking, because at your first individual state appearance you want it to be a good one.”

Kayla, meanwhile, finished with the third-best qualifying time in the 50 freestyle (23.29 seconds) and the second-best time in the 100 freestyle (50.44) despite it being her first high school season.

“I’m excited, but mainly nervous. I don’t really deal with my nerves – they kind of stick with me the entire meet,” she said. “Alex has been encouraging me at home, so I’ll start getting more excited than nervous sometimes, but the nerves always kind of stay with me.”

Despite those nerves, both know that there’s at least one person they can always count on to give a dose of hope when the chips are down.

“There’s no pressure to compete against each other,” Alex said. “There’s no barrier in terms of encouragement.”