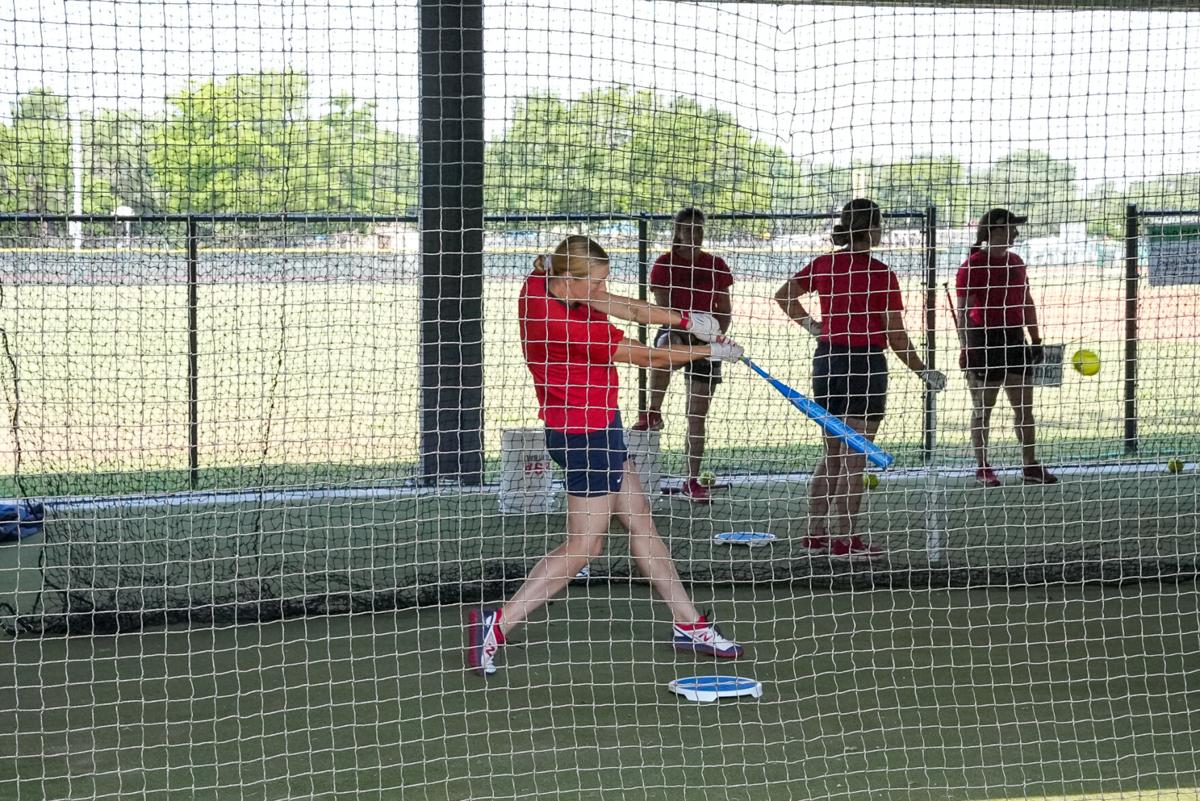 The United States softball national team practices on the field and in the batting cages at Fort Bend Christian Academy. Last month, FBCA hosted the national team and Team Alliance for practices June 16-18 prior to a pair of exhibition games at Constellation Field on June 19-20. (Photos courtesy of FBCA) 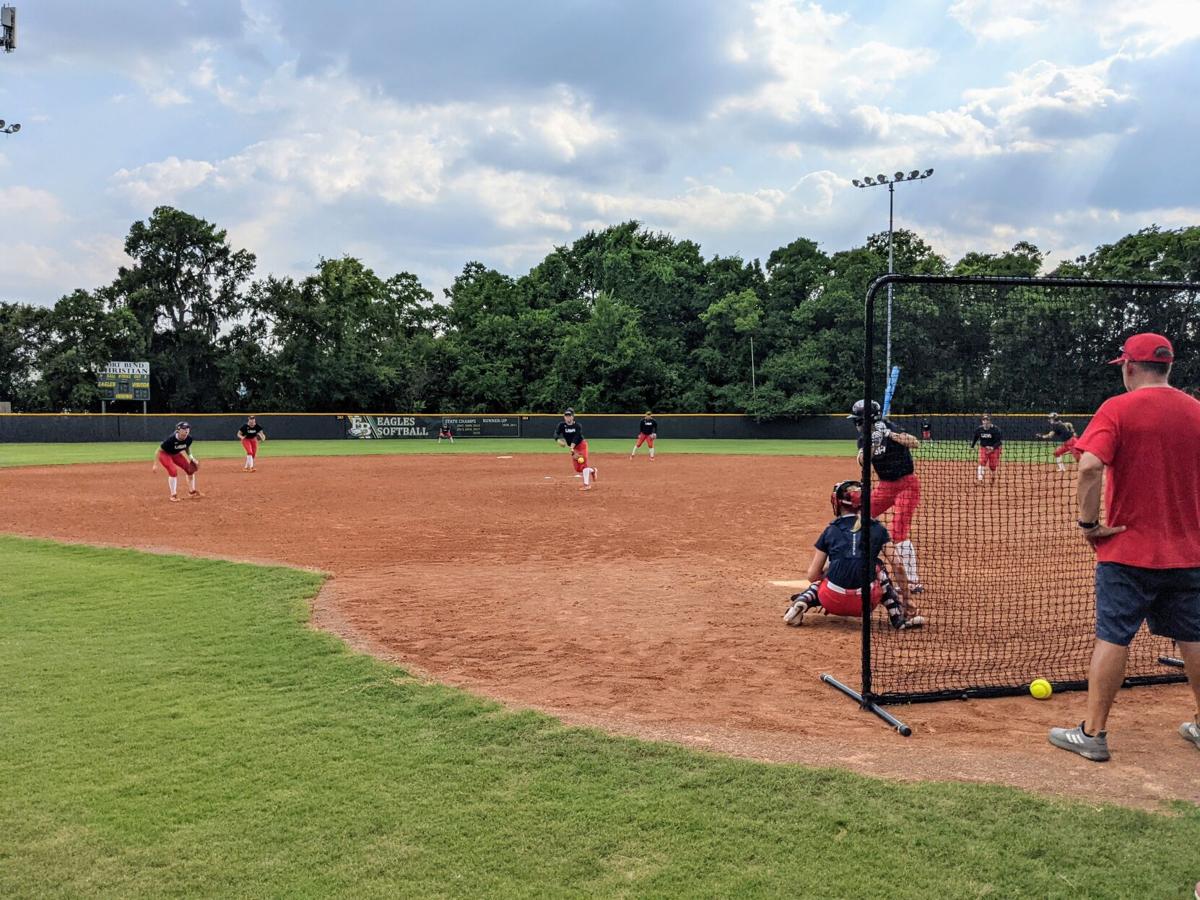 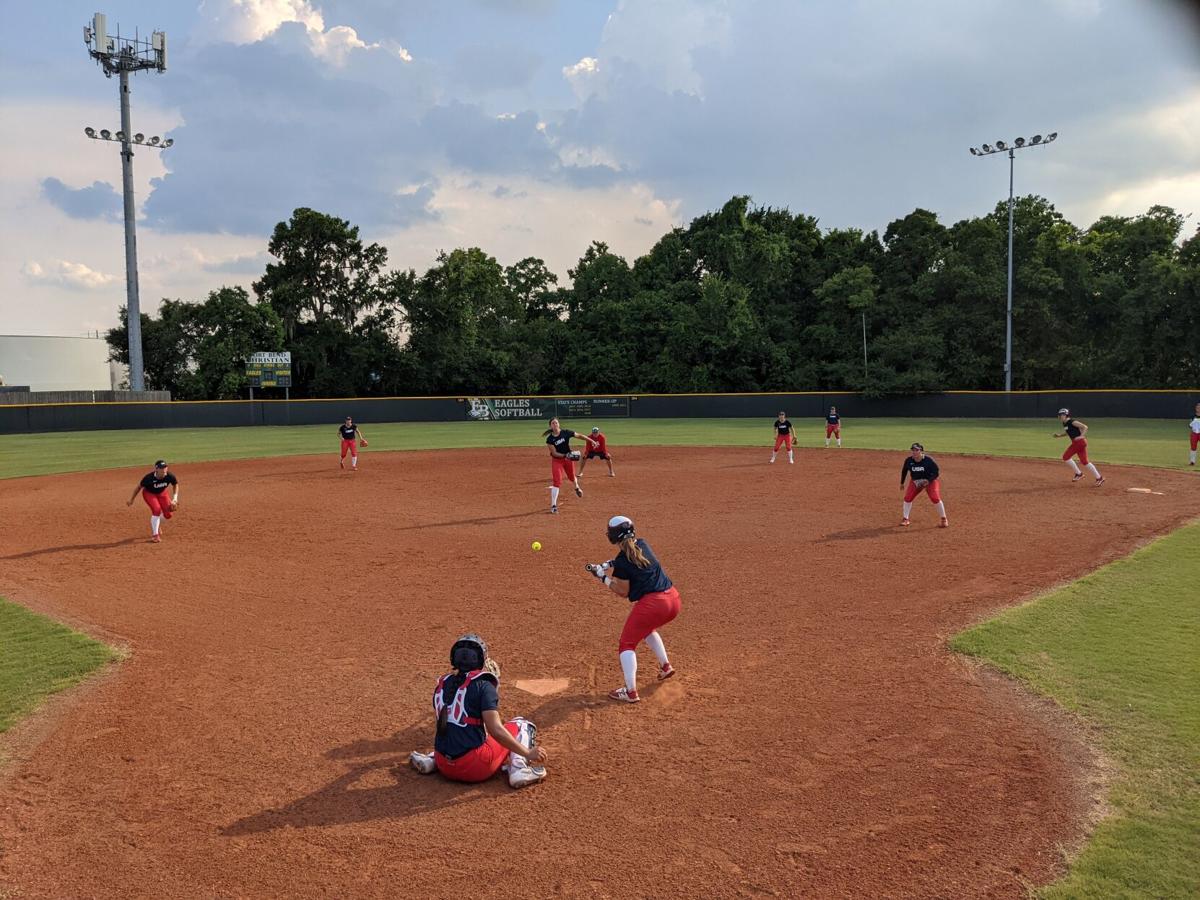 The United States softball national team practices on the field and in the batting cages at Fort Bend Christian Academy. Last month, FBCA hosted the national team and Team Alliance for practices June 16-18 prior to a pair of exhibition games at Constellation Field on June 19-20. (Photos courtesy of FBCA)

Athletes from Fort Bend Christian Academy’s softball program recently got to rub elbows with some of the world’s best.

The school hosted the U.S. national softball team for three days of practice June 16-18 as its prepares for the Summer Olympics in Tokyo, which begin July 23. Elite fast-pitch softball squad Team Alliance also used the field ahead of two exhibition matchups against Team USA that were held June 19-20 at Constellation Field.

“It was such a great opportunity for our athletes,” FBCA communications director Renie Deanda said. “They were so happy, and knew they were so lucky to have those players here and get the opportunity to learn from them for a few days. They got a lot of great time around the players and learning from them.”

So when the national team reached out in search of a nearby facility in which to practice in preparation for the games at Constellation Field, Deanda said Carroll immediately offered the FBCA facilities for use.

“It was an extreme honor to be able to host Team USA Softball and support them on their road to the Olympics. To see the highest caliber athletes in the sport of softball was both humbling and exciting,” Carroll said in a news release from FBCA. “Having an opportunity for FBCA to play a role in Team USA's preparation for Tokyo will be remembered and cherished.”

Over the course of the three days, Deanda said players from Team USA and Team Alliance – which featured All American players such as Alabama’s Montana Fouts and the University of Kentucky’s Kayla Kowalick – took batting practice in FBCA’s new batting cages and took part in scrimmages to keep their skills sharp ahead of the June 19-20 showcase.

And in between drills, Deanda said players from FBCA’s softball team even got the occasional opportunity to pick the brains of some of the best the sport has to offer. Such an opportunity, she said, can be invaluable to young softball players.

Speaking from a manner of experience after being able to attend the 1996 Summer Olympics in Atlanta, Deanda can also attest to such an impact.

“(The players) understood these girls were watching their every move, and they loved engaging with the athletes while they were here. It makes an impact on a young person,” she said. “That Olympic attendance always stuck in my head. I think this is something that will stick with the girls for the rest of their lives, that they got to meet these athletes up close. All of that exposure is priceless.”