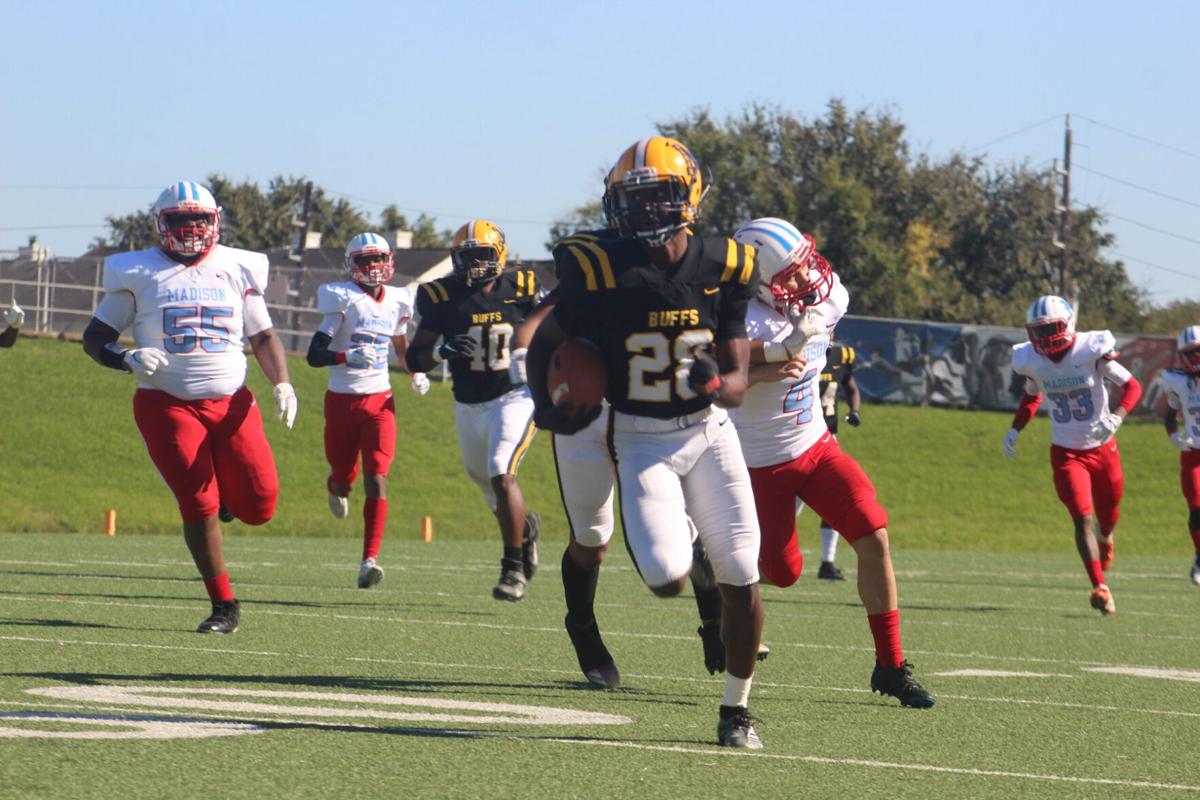 Marshall’s Terrence Fontenot returns a punt during a 2019 game against Houston Madison. The Buffalos are set to return to action this weekend. (Photo by Landan Kuhlmann)

The players have been trained, scrimmages have been played and Fort Bend ISD is ready to kick off its 2020 football season. All 11 FBISD high schools with football teams will be in action this week, with defending Class 5A Division II state finalist Marshall facing Elkins at 6 p.m. Thursday at Hall Stadium.

And there is certainly no shortage of storylines as the season gets underway.

Fresh off back-to-back appearances in a state championship game, Marshall will be looking not to rebuild, but reload after a 14-2 season in 2019. Gone to graduation are stars like Malik Hornsby (University of Arkansas) and Devon Achane (Texas A&M), but there is plenty of firepower remaining.

Elsewhere in FBISD, the Ridge Point Panthers will be breaking in a new leader when they hit the field Friday night for a road game against Dickinson. Rich LaFevers took over as head coach for Ridge Point after Brett Sniffin left to take the coaching job at Belton.

Though they will need to replace quarterback Will Pendergrass and leading rusher Marcus Wright, the Panthers return second-leading rusher Keith Jackson (512 yards) and leading receiver John Paul Richardson (707 yards) from a squad that finished 8-3 last season.

Travis bolted to an undefeated regular season in 2019 before a bi-district playoff loss to Katy Tompkins. On the heels of that season, the Tigers and head coach Trey Sissom will be faced with replacing quarterback Eric Rodriguez, leading receivers P.J. Washington and Jarrell Farr and starting running back Kaelen Shankle, who all were lost to graduation.

The schedule for this week’s games involving area teams is below.