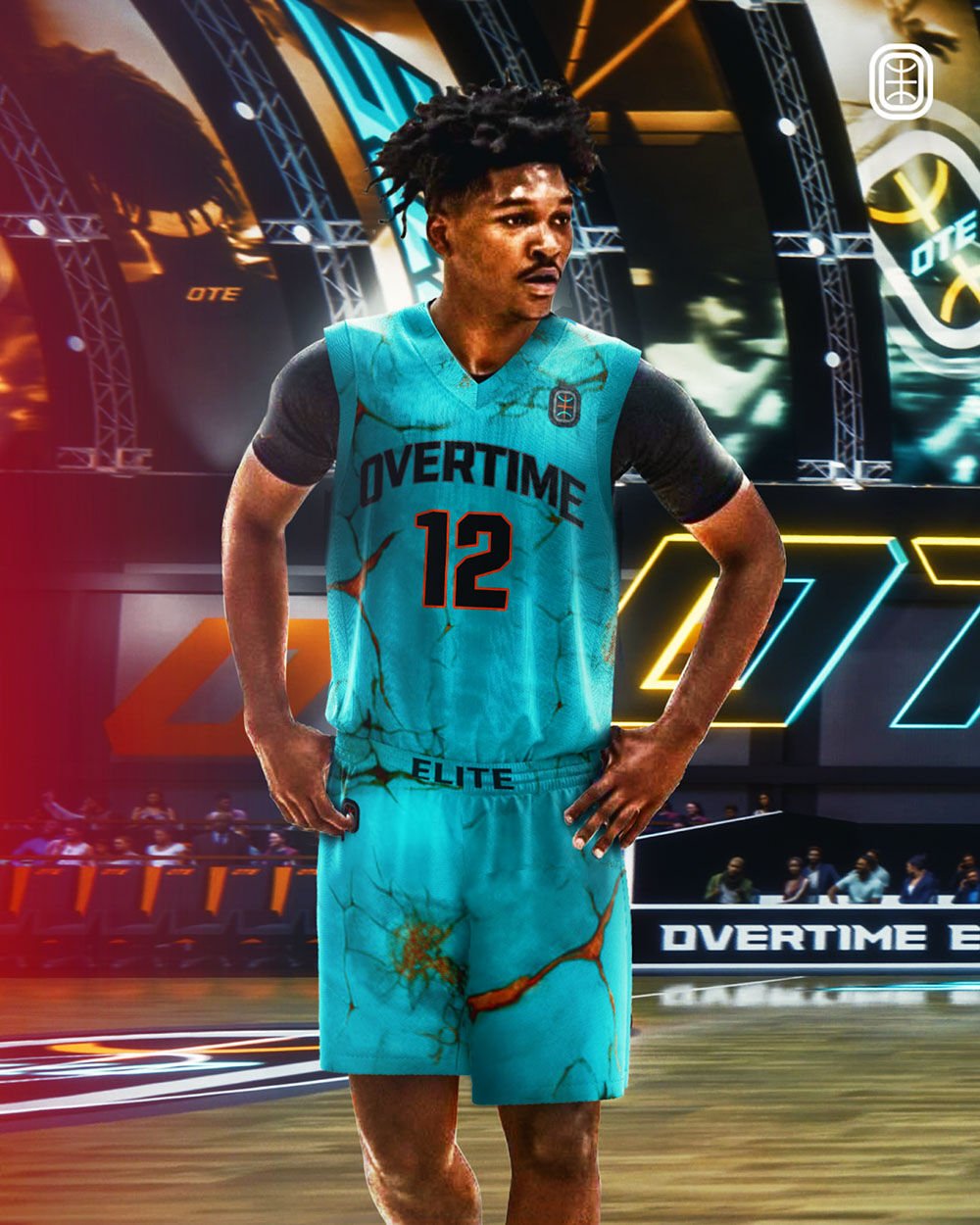 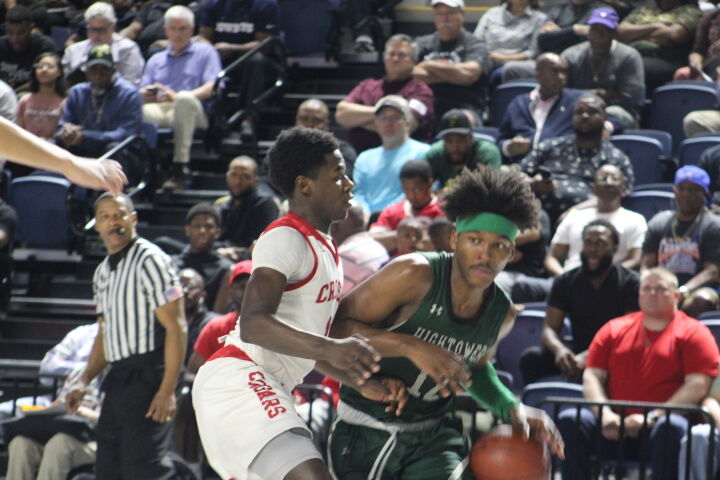 One of the area’s best high school boys’ basketball players is forgoing both his senior year of high school and a college career to sign with a brand-new professional basketball league – a move that comes with both the chance of wealth and elite coaching, but also significant risk.

The upstart league is backed by names such as the richest person on earth, Jeff Bezos, and basketball stars such as Kevin Durant, according to a CBS Sports article. But recent years have also seen the spectacular collapse of several other upstart leagues in other sports, such as the Alliance of American Football (AAF) and the XFL.

“The pitfall for a league like this is that the fans, when the league starts, don’t know the teams at all,” said David Berri, a professor of economics at Southern Utah University.

“In order for a league or sport to survive, the fans have to develop an emotional attachment to what you’re putting in front of them,” Berri said. “If you take those same players (on high school or college teams) and put them in a different entity and give them a different name, the fans don’t have an attachment.”

But that’s not stopping arguably the area’s best high school basketball player over the last few seasons from taking a leap of faith. Griggs, who has been a standout at Hightower High School over the past three seasons, has signed with the Overtime Elite League (OTE), and will be part of its inaugural season this September according to a Friday press release from the League.

The league targets rising high school juniors and seniors as well as post-graduate athletes ages 16-18 from around the world, according to its website. Anywhere from 24 to 30 players will train, live and be enrolled in an academic program at the league’s facility in Atlanta, according to the website.

“I truly believe he’s got the skill and the ability to play in that league,” said Stephen Woods, the head coach at Hightower High School in Missouri City and someone who has coached Griggs for the past three seasons. “I’m hoping he does well.”

According to a report from 247 Sports, Overtime has raised $30 million publicly for the league and has held private fundraisers aimed at raising more money for the league. Overtime Elite’s website says players will receive at least a $100,000 base salary to compete both within the league and in tournaments against both U.S.-based and international teams. It has backers in NBA stars such as Kevin Durant and Devin Booker, and has a public valuation north of $250 million.

The Overtime company has a TV partnership with regional sports network SportsNet New York, though it is unclear whether that would be used for league games.

Berri warned that without the aforementioned attachment, it could be some time before the league builds a fan base and turns a profit, giving it significant risk potential. He also added the public valuation for men’s sports tends to not necessarily reflect its true underlying potential and can be inflated.

“It takes decades sometimes for those attachments to develop sometimes,” he said. “There’s no history or information to draw upon, so the league doesn’t go anywhere at first. They survive because people keep pumping money into it.”

Griggs signed with the league on a two-year, $1.2 million contract.

“I can’t be more excited to start working with Bryce and pass on what I’ve learned as a player and coach,” said former NBA point guard and former University of Connecticut head basketball coach Kevin Ollie, the league’s head of player development. “Bryce has elite talent, which you can see when he has the ball in hands, but we’re also going to turn him into an elite leader on and off the floor. That’s the promise I’m making to him.”

Ollie’s promise, however, comes with some significant risk to the players. League spokesperson Joseph Feldman said that though the league will guarantee $100,000 toward college tuition if players choose to not pursue a pro career, they would not be able to go back and play college basketball on account of previously having played professionally.

“As of the rules right now, they would not be able to play,” Feldman said. “They are forfeiting their college eligibility.”

Griggs was an all-district selection during all three seasons at Hightower, and was a Class 5A all-state selection by the Texas Association of Basketball Coaches (TABC) in both 2019 and 2020. He averaged 22.9 points per game in three seasons with the Hurricanes, along with 4.2 assists, four rebounds and nearly two steals per contest in 87 games.

Woods said that, despite the risk, he thinks the 17-year-old has what it takes to be successful in his new journey.

“(Bryce) is a gym rat – he loves working out, being in the gym, perfecting his craft. And he’s a competitor. When you take those characteristics and put them in this league, he’ll thrive. Basketball comes natural for him,” he said. ““This is what he wanted…I would tell him to go out and do what he does.”

Berri said that the league could have some advantages, such as being able to claim providing the “best” of a certain class or age group – in this case, 16-18 year-old players – and that such startups tend to be more successful than those who don’t specialize.

Griggs was the 43rd-ranked recruit nationally in the Class of 2022 according to the 247 Sports Composite rankings, and the 36th ranked recruit by Rivals entering this season. He is the 15th player to sign with OTE for its inaugural season, according to the news release. Other players include Jalen Lewis from California (No. 24 nationally) and Jazian Gortman (No. 11) from South Carolina.

Twin brothers and guards Amen and Ausar Thompson from Florida are both top 10 nationally at their position. Brothers Matt and Ryan Bewley, also from Florida are ranked No. 3 and 20, respectively, in their class, while power forward Jai Smith from North Carolina is the No. 38 ranked recruit in the Class of 2022.

“It has to establish in the minds of the consumer that what they’re watching is the best in whatever class of athlete they’re looking at,” Berri said.

However, he also cautioned that with college athletes now being able to sign endorsement deals and getting benefits on their name and likeness while in school, leagues like OTE could face some competition in the next few years.

The OTE also faces competition from the NBA’s own G-League, which has drawn some prospects away from college.

If that happens, the success of the league – and its players – could potentially be at risk.

“You’re trying to enter a space where there already is something there that has an emotional attachment. If you’re willing to be patient and wait, then eventually you might turn a profit,” he said. “If you wait long enough, you’ll have a product where you can’t lose money on it, because the fans are addicted.”

For more information about the Overtime Elite League, visit overtimeelite.com/