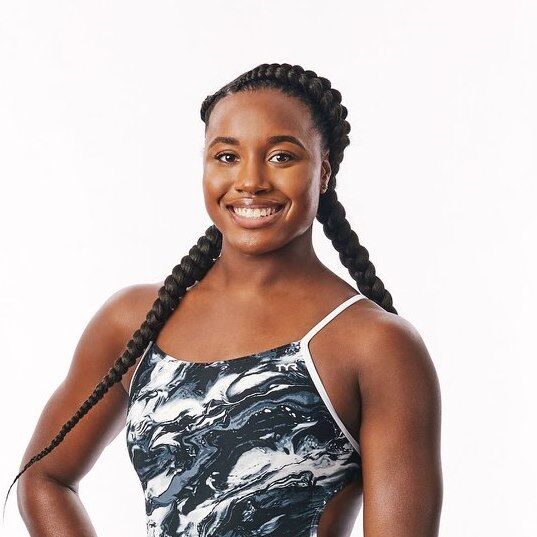 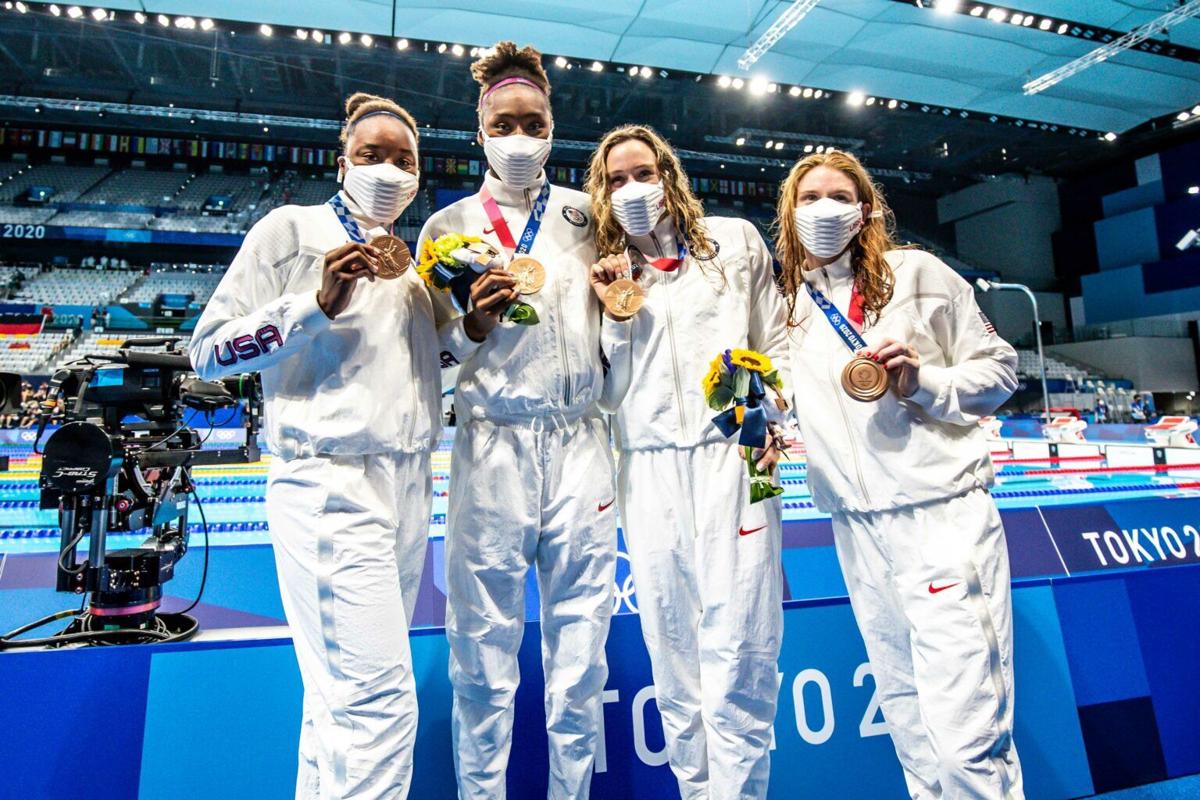 Olympic swimmer Simone Manuel (left), a local product, holds up her and her team's bronze medal from the women's 400-meter relay in Tokyo. (Photo from Twitter)

Olympic swimmer Simone Manuel (left), a local product, holds up her and her team's bronze medal from the women's 400-meter relay in Tokyo. (Photo from Twitter)

When Austin High School swimming coach Erin North first saw 10-year-old Simone Manuel jump in the pool during a summer league event in Fort Bend County in the early 2000s, there was something immediately noticeable about the young swimmer, North said.

So it came as no surprise to her former coach that the former Austin Bulldog swimmer found herself competing in Tokyo this summer in the Olympics.

“I knew she had the talent and the potential to do something extra special,” said North, who has become friends with the Manuel family and became Austin’s head swim coach in 2013. “Then when she started qualifying for national cuts and things at 12 years old, it was evident that she was going to be fantastic.”

Manuel, a 2014 graduate of Austin, recently finished competing in her second Olympic Games. In Tokyo, she anchored the United States' 400-meter freestyle relay team that took home a bronze medal.

Multiple email attempts were made to contact USA Swimming as well as Wasserman – Manuel’s pro team – requesting comment from Manuel, but the messages were not returned as of Monday afternoon.

“Racing for a medal for Team USA never gets old,” Manuel tweeted July 26 after the 400 freestyle relay. “Blessed that I was able to do it with these awesome women and Team USA. More great racing still ahead.”

Part of what gives Manuel an edge, according to her former coach, is her preparedness and foresight – even dating back to her days at Austin.

Upon qualifying for Team USA’s national trials in 2014, North said Manuel came to sit down and discuss her future. And after having that conversation, North said she and Manuel agreed that high school swimming would not be conducive to her goals of competing on the world stage. So Manuel began to focus on her Olympic training as opposed to the school team.

And though she was disheartened to not have Manuel’s services, North said it was ultimately what was best, and raved about Manuel’s ability to think ahead about both swimming and her dream of being a broadcast journalist when her swimming career is done.

“Their whole family takes things out of their life that are going to get in the way of following those goals, and that’s why I knew (she could succeed)," North said. "I’ve had a lot of kids that have been talented, but there’s a fine line between having that talent, being able to harness it to know how to get to that next level, and to not let things distract them.”

The past year did not go as expected for many, including Manuel. The pandemic delayed the Olympics from 2020 to 2021, all while the 25-year-old was balancing the expectations from a four-medal performance in Rio.

Then, once Manuel got to Tokyo, she failed to even reach the final in the 50 freestyle, where she was a silver medalist in Rio. But the five-time medalist did not appear shaken by the setback.

“I’m a champion. Not because of the medals I’ve won, but because of how I’ve consistently fought for what I believe in, my perseverance, and my fiery passion to always be me,” Manuel tweeted July 31. “I’m proud of Simone the two-time Olympian and five-time Olympic medalist, but most importantly I’m proud to just be me.”

It’s a sentiment North has seen many times, and expects to continue.

“I think we’re going to see more from her,” North said.