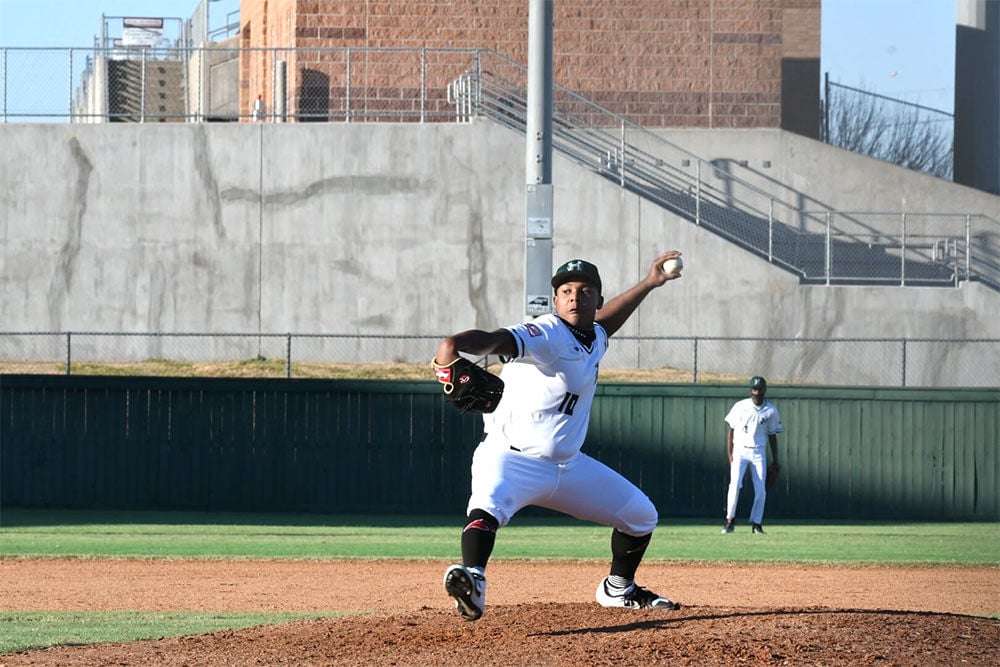 Hightower's Braylen Kizzie prepares to deliver a pitch during a Feb. 25 game. The Hurricanes will be looking to snap a long losing streak when they take on Richmond Foster this Saturday. (Photo from Hightower Baseball Twitter) 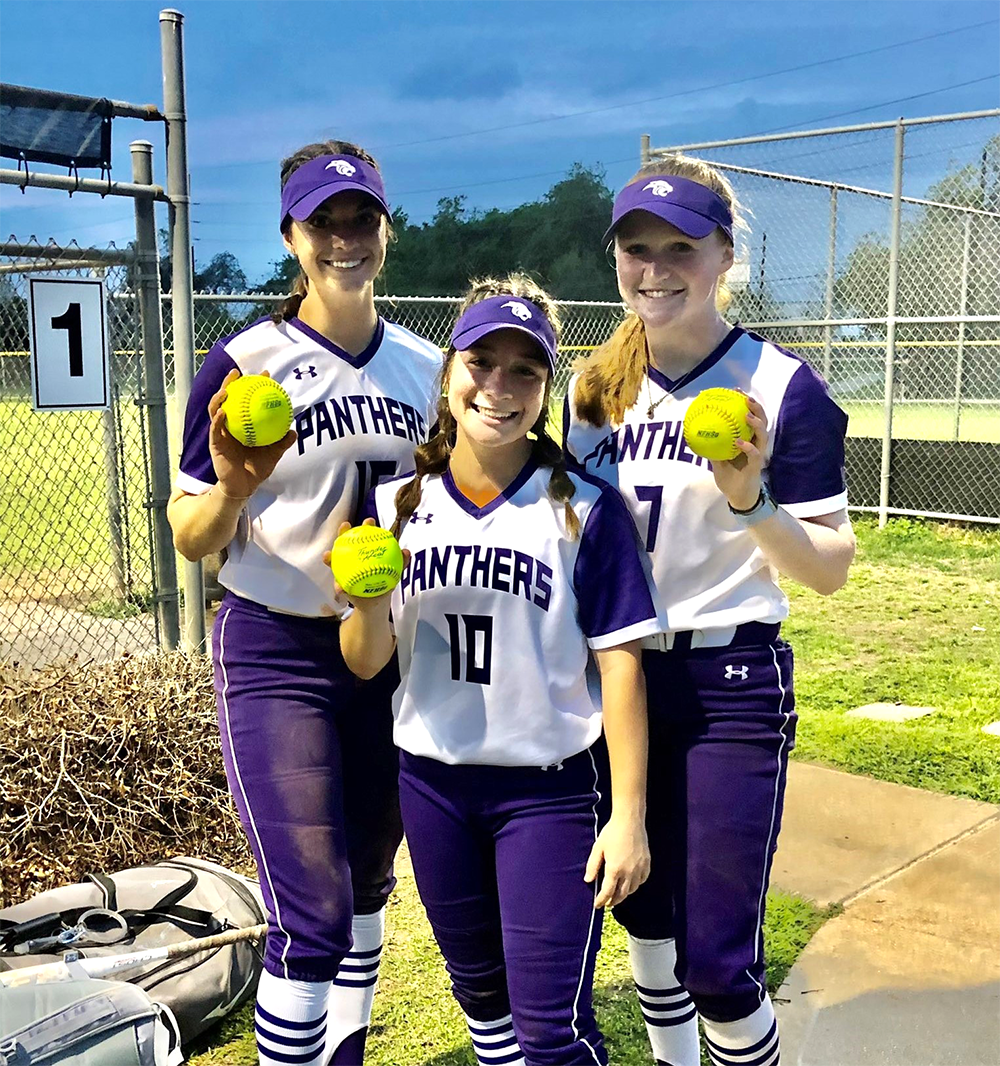 From left, Ridge Point's Grace Janik, Blane Simmons and Alexa Semeyn hold up their home run balls after a March 30 win against Clements. They combined for 11 RBIs in the Lady Panthers' 19-2 win. (Photo from Ridge Point Softball Twitter)

The Ridge Point High School softball team has been heating up as the season moves along, and the Lady Panthers put their power on display last week as they continued their quest for a fourth consecutive District 20-6A crown.

Blane Simmons and Grace Janik both hit grand slams while combining for 11 RBIs in a 19-2 win over Clements on March 30, while Alexa Semeyn also homered.

Janik then had two more hits and two RBIs in Ridge Point’s 6-0 win over Austin on April 1. Semeyn and Callie Mayes had two hits apiece. It was the 10th multi-hit game of the season for Semeyn, who has a .537 batting average this season.

Pitcher Malyn Simmons had two wins for Ridge Point (16-7) in the circle last week, including a complete game with nine strikeouts against Austin.

In other softball action, Riley Westmoreland went 3 for 4 with a double and RBI for the Travis Lady Tigers in a 6-0 win over George Ranch on April 1. It was the first district loss for the Lady Longhorns. Ariel Kowalewski also had three hits for Travis.

Alyssa Medrano had two hits and three RBIs for the Kempner Lady Cougars in a 7-6 loss against Lamar Consolidated on March 30, while Samantha Shelander had two hits and two RBIs in an April 1 defeat to Fulshear.

Melanie Jackson pitched a complete-game shutout for the Elkins Lady Knights in their 10-0 win over the Bush Lady Broncos on April 1.

Quest Boniabi had two hits for the Stafford Lady Spartans in their 14-4 loss against Brazosport on March 30.

James Sattler and Dylan Burnaman each pitched complete games for the Clements Rangers during a 2-0 week, with Sattler shutting out Austin in a 5-0 win March 30.

Ridge Point also went 2-0 last week, using a power display. Justin Vossos homered for the Panthers in an 11-2 victory over Elkins on March 31, while Zach Ellis and Brandon Nelson each hit one out of the park in a 14-3 win over Bush on April 1.

Joseph Binder had four hits in two games for Elkins last week, the aforementioned loss to Ridge Point and a 12-1 defeat at the hands of Travis.

Pedro Medina had two hits for the Bush Broncos in a 9-3 loss to George Ranch on March 31. Dominic Medrano had two RBIs.