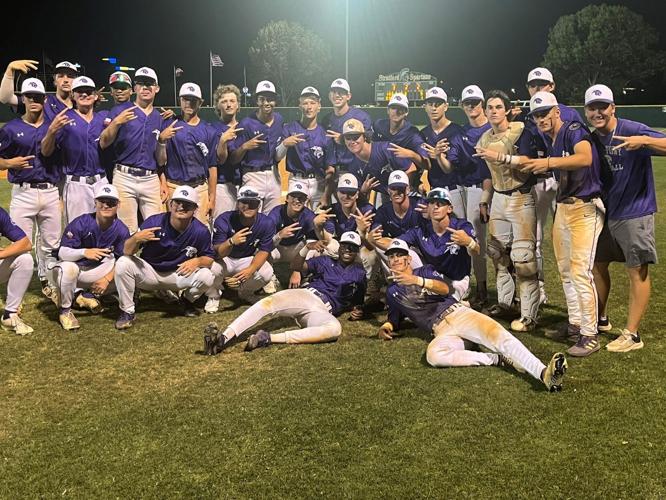 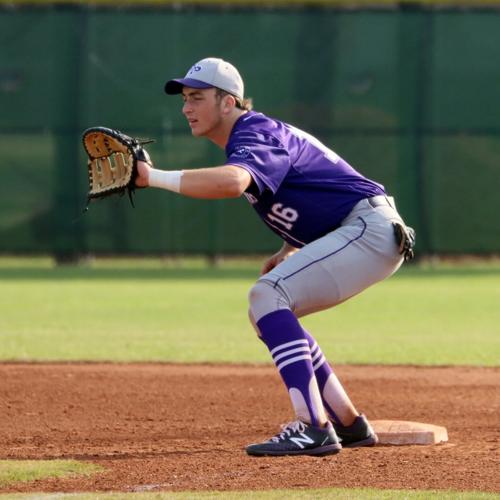 Ridge Point’s Travis Vlasek prepares to receive a throw at first base during a game this season. The Panthers are headed to their third regional tournament in the last five postseasons. (Photo by Bob Calbert)

Ridge Point’s Travis Vlasek prepares to receive a throw at first base during a game this season. The Panthers are headed to their third regional tournament in the last five postseasons. (Photo by Bob Calbert)

In some ways, reaching the Class 6A regional semifinals have been the standard for the Ridge Point Panthers’ baseball team in recent seasons.

On the other hand, Panthers’ head coach Clinton Welch knows his team still has to go out and prove themselves on the field every night.

“We never talk about (our ranking) because it means nothing,” Welch said Monday. “You have to show up and play well. I would say our players stay pretty even-keeled and calm emotionally.”

They kept up tradition again last weekend, taking down an area and regional power in the process. The Panthers swept top-ranked Katy Tompkins by scores of 2-1 on May 19 and 9-7 on May 20 to advance to the Region III-6A semifinals.

It is the third regional semifinal appearance in the last five postseasons for Ridge Point (31-4), which will face Pearland (33-7-1) beginning at 7 p.m. Thursday on the campus of the University of Houston.

As expected with two teams who entered ranked among the top squads in the region, both games produced close battles and comebacks.

The Panthers were down to their final out in Game 1 before Travis Vlasek singled and J.J. Kennett followed with an RBI double, and Carter Groen walked it off with a single to score Kennett. Before to that seventh inning rally, Ridge Point had not had a single runner reach second base.

“It was definitely looking bleak,” Welch said. “We have had several come back wins this year, which helps a team's mindset. We say this to our players all the time: ‘If you don't work hard, you don't deserve to have good things happen.’ They work extremely hard at practice and did deserve something good to happen, and it did.”

In Game 2, the Panthers used a six-run sixth inning to break open a 3-2 game before holding off a seventh-inning rally from Tompkins to punch their ticket to the regional tournament. Groen had two more hits and three RBIs in Game 2, while Parker Martin and Justin Vossos drove home two runs apiece.

On the mound, Hunter Nichols threw six innings of two-run baseball while striking out eight hitters to earn the win and keep the Panthers’ run going.

As they get set to face the Oilers this weekend, the Panthers head to the regionals with an eye on their second state tournament in the last three postseasons. Ridge Point fell to Southlake Carroll in the 2019 Class 6A state final.

This season’s journey has been especially big for the Panthers’ psyche, Welch said, after a disappointing first-round exit last season. It has been a hard-fought playoff run so far, with four of the Panthers’ six playoff wins so far coming by one or two runs. In particular, Welch said surviving a well-pitched and well-coached series with Katy Seven Lakes gave the Panthers some much-needed confidence.

But the slate has been wiped clean again, and the Panthers will need to prove themselves once more this weekend.

“We need pitchers to execute the plan with three pitches, make all routine plays, and put up a war every single at-bat to minimize strikeouts,” Welch said. “Pearland has a very talented pitching staff and excellent coaching.”

In the area’s other playoff action, the Needville Blue Jays dropped a pair of 12-0 decisions to top-ranked Sinton last week, bringing their season to a close. Needville finished the season with a 25-8 overall record.

**All games played at University of Houston