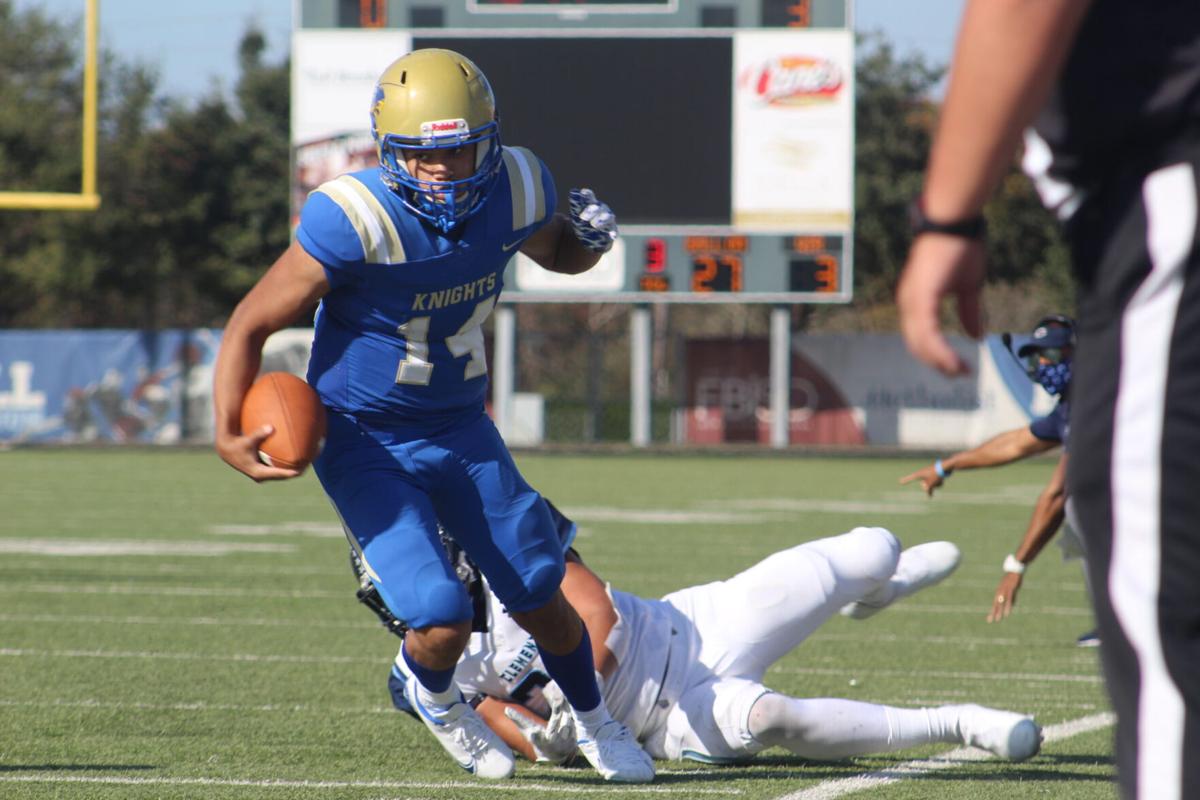 Elkins quarterback Isaiah Smith breaks free from a Clements defender during last Saturday’s game at Hall Stadium in Missouri City. The Knights defeated the Rangers 31-23 to pull into a three-way tie for third place in District 20-6A play. (Photo by Landan Kuhlmann) 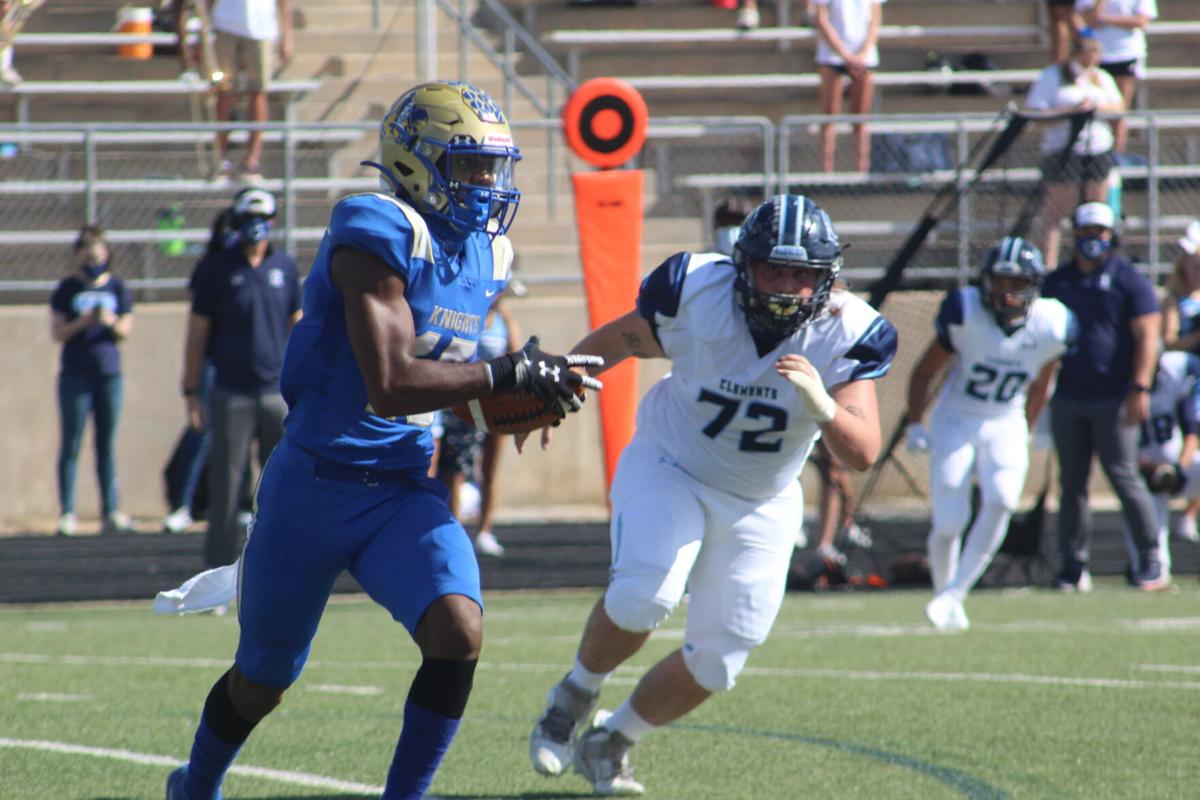 Things may have seemed bleak when Stafford began the high school football season with four straight losses and five defeats in its first six games.

However, the Spartans and head coach Ken Savannah have proved that the beginning can be out of sight and out of mind with a strong finish.

The Spartans defeated Bay City 30-19 last Friday night to secure the third playoff spot in District 12-4A. It is the second consecutive playoff berth for the Spartans (4-6, 3-2 district) after missing the playoffs each of the previous two seasons.

Stafford was 0-2 in 12-4A following a loss to Needville on Oct. 16. However, Savanah and his squad won their final three games and will travel to face North Forest in a first-round playoff game at 6 p.m. Saturday.

Brayden Batiste accounted for 132 total yards and two touchdowns in Stafford’s win against Bay City, while Jamaal Wiley ran for 76 yards and a score. Jordan Barrett caught four passes for 55 yards and a touchdown, while Kaleb Roberts returned a kickoff for a touchdown.

Elkins stays in 20-6A playoff race

In District 20-6A action, Elkins got off the mat with its first win of the 2020 season, taking down Clements 31-23 last Saturday afternoon at Hall Stadium. The win enabled the Knights (1-3, 1-1 district) to pull into a three-way tie in the district playoff race with George Ranch and Dulles.

Marshall, Willowridge set for 11-5A clash

In a season that has provided little certainty or clarity, one constant has been the Marshall Buffalos running past opponents. They did so again last week, defeating Houston 63-6 to set up a battle between the area’s two remaining unbeaten teams.

The Buffalos (6-0, 5-0) won despite allowing their first points of the season and scored at least 60 points for the fifth consecutive game. Quarterback Roland Harvey accounted for five touchdowns, while five different Buffalos players ran for touchdowns.

Marshall now looks ahead to a matchup against the also-undefeated Willowridge Eagles (5-0, 4-0). The Buffalos’ high-powered offense (53.7 points per game) will look to crack an Eagles defense that is allowing fewer than 10 points per contest in district play.

There are now just two teams standing alone at the top of District 20-6A, and both kept rolling last week.

Austin’s game against Dulles, originally set for last Thursday, was postponed and will be played this Thursday instead as the Vikings (1-4, 1-1) look to keep their playoff hopes alive.

A rundown of last week’s scores and this week’s games involving area teams is below: