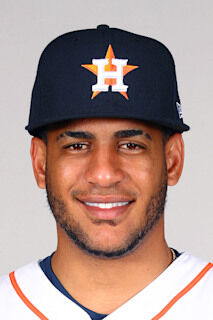 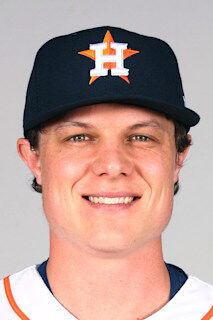 I’ve written in this space multiple times this season about how cool it has been to see the Houston Astros’ stars of tomorrow right in our own backyard at Constellation Field in Sugar Land.

And as a lifelong Astros fan, it’s even more exciting – and I can’t be alone in this feeling – to know that several of those I saw down here in Sugar Land have been key cogs in my favorite baseball team’s quest for a second World Series title in five seasons.

Those we have welcomed with open arms into our purview and homes via streaming broadcasts are now showing out on baseball’s biggest stage. And it’s honestly one of the coolest feelings in the world to me when I see an athlete before they hit it big.

Many may know the players of whom I speak, but in case you don’t – I’m talking about outfielders Jake Meyers and Jose Siri, who were called up in the second half of the season after scorching Triple-A West pitching all season.

Meyers is the most well-known of the two, having been the Astros’ primary starting center fielder since the beginning of August. He hit .343 with a 1.006 OPS in Sugar Land before hitting .260 with a .761 OPS in 49 regular-season games, then followed it up with two hits in his first-ever postseason game against the Chicago White Sox in the American League Division Series. Siri was a September call-up after hitting .318 with a .921 OPS in Sugar Land and .304 with a .956 OPS in 21 MLB games, and added a two-run single in Game 5 of the American League Championship Series against the Boston Red Sox.

Their story is just beginning, and I feel as though it’s notable to highlight their contributions, because it’s incredibly difficult to contribute to any team – let alone a World Series contender. Even less often comes the opportunity for us as fans to see those players before the bright lights – those times when they’re fighting just to get a shot.

That’s what makes Meyers and Siri’s journeys so cool to me, and likely other local baseball fans – because we “knew them when,” and cheered for them before many of the full-throated Astros crowd did.

And through it all, they grind. So Fort Bend County, let’s take pride in watching several of the local nine make their impact felt on our hometown team in pursuit of a title. There’s no cooler feeling than that to this sportswriter.